Liverpool have made it fairly clear that £50M is the minimum they’ll consider selling the young star for, feeling protected as they do by the promise of training compensation set to the player’s market value if he were to run down his contract and leave in 2017. On the other hand, according to the CIES Football Observatory, Sterling is worth around £60M.

Either fee can seem on the surface to be fairly excessive, but given his talent and promise and that he’s only 20 years of age and could spend the next decade one of Europe’s best players puts it into a bit of perspective. So to does transfer inflation, fuelled by rising television payouts and commercial deals. Rio Ferdinand might balk at the idea of Sterling costing £50M, but adjusted for inflation, his £30M transfer to Manchester United in 2002 would be worth a gargantuan £70M today.

Liverpool’s demands may be high, but put into perspective, a £50M fee is the absolute minimum the club should be considering. It might even be a touch low.

Brazil didn’t look great, and a lot of that had to do with Dunga failing to construct a functioning midfield out of Fernandinho and Elias, an anchoring duo that neither effectively screened the defence nor provided a base for the flair players to do their jobs. Despite that, Coutinho impressed. In fact, he was probably Brazil’s best player at the tournament. Which is great for Liverpool fans. As long as Barcelona didn’t notice that he was Brazil’s best player.

It hasn’t been officially confirmed by the club yet, but it looks as though Firmino will be taking the number 11 while James Milner keeps the seven he wore at Manchester City.

Still hasn’t found himself a new club, but as of July 1st he officially won’t be a Liverpool player any more.

Like so many remakes and reboots and general rehaveyous these days that aren’t Mad Max, it largely forsook any attempt at genuine character development or story or really doing anything at all to make you care about what was going on in the movie on its own merits, instead relying almost wholly on nostalgia wedded to bigger, cooler explosions to make you give a shit. Or to make it so you’d be so distracted you wouldn’t notice the movie hadn’t actually bothered to do any of the heavy lifting and was moreover stuffed to bursting with obnoxious product placement.

As for the 3D part, well, as with pretty much every 3D treatment the colours ended up a little dull and washed out compared to the 2D version, though that’s really par for the course with the format and something you go in knowing you’re trading in exchange for SWEET BABY FOWLER THEY’RE COMING STRAIGHT FOR US.

what is the meaning of danny

Dude still needs to eat a sandwich. Or whatever the hell this thing is better yet, this delicious sandwich with one of every animal in it from the geniuses at KFC Korea (p.s.: give us our product placement monies now pls). 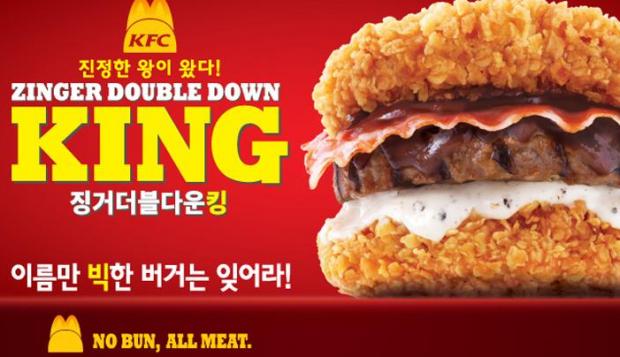 Hahahaha. Nope. Still not feeling any better about that one.