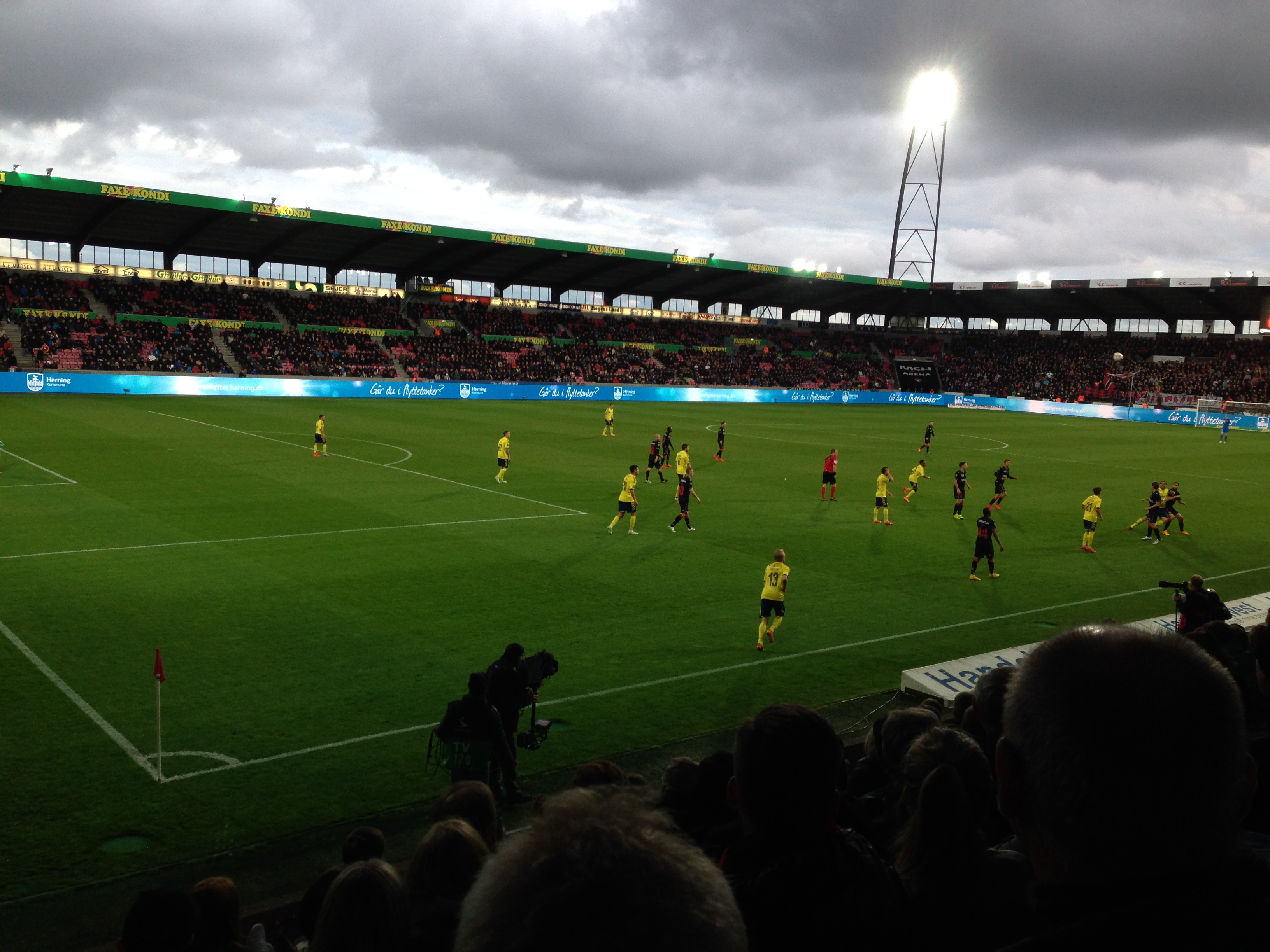 When I look back at the misery that was the 2014-15 season, there's not a great deal to be happy about. Despite my best efforts to secure tickets, I still haven't been able to make it to Anfield. For now, I must be content with bumping that sacred pilgrimage another year down the road. And seeing as I'm returning university to get my masters in the fall, "next year" isn't looking too promising either. Still, silver linings exist, and despite not seeing our Reds, I was able to catch up with some beloved former Reds (plus Christian Poulsen).

The first was back in September, the one and only Xabi Alonso, playing for some upstart team Bayern Munich (?). The Bavarian Reds went on to beat SC Paderborn 4-0, and SC Paderborn went on to finish the league bottom of the table and a one way ticket to the German second division. Alonso and his magnificent beard were subbed off in the second half, because that's apparently what you do with aging stars.

On Monday I caught up with another long-time Red, Mr. Daniel Agger, as his once and future current club Brøndby visited newly crowned champs, FC Midtjylland. There was still a bit to play for in the league, and with a win Brøndby could solidify their position in third place, the last of the Europa League qualifier spots, going 4 points clear of Randers with two games to play.

I know I'm not alone in my love of Daniel. Even a year after his return home, his name still regularly pops up in threads. The tone of lament is usually reserved for moments of deep reflection, reminiscing about the one that got away. This love put me in an awkward position seeing as I couldn't quite root against my girlfriend Christine's favorite team. Her father gave me an out of sorts, telling me before the match that he had bet on a draw. A draw? Great! Let's root for a draw. 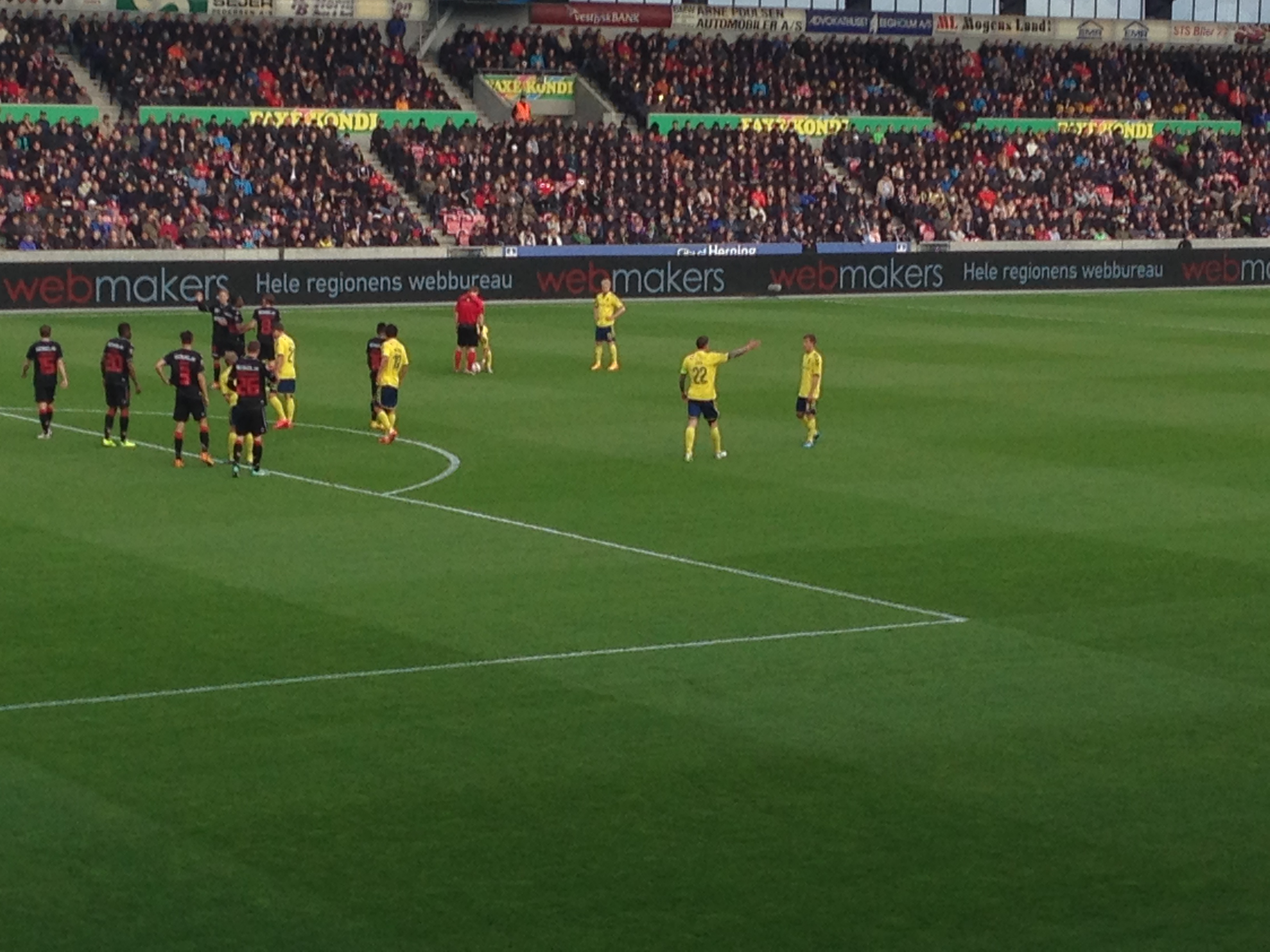 Brøndby supporters are notorious across Denmark for their crazy antics, and they certainly failed to disappoint on this occasion. From the moment they were let into the stadium until well after the final whistle the supporters gave their all. As soon as Agger walked on the pitch to warm up, he went over to greet them, and they replied with a song about him. And at kickoff they filled the stadium with yellow smoke to match their bright yellow kits, while the locals grumbled about it.

The match got off to a cracking first half. Brøndby opened the scoring in the 9th minute after their striker latched onto one of the worst back passes I've ever seen. Unfazed, the hosts replied two minutes later with a scrappy goal of their own. FCM found the back of the net again in the 27th minute from some nifty interplay in and around the box and a solid finish. Not to be outdone, Brøndby came right back and equalized in the 29th minute.

It looked to be headed into halftime on equal terms, when Daniel Agger reminded everyone why he had played at the highest level for most of his career. Brøndby was awarded a corner as stoppage time began, and the home side just could not clear their lines after several attempts. A fortunate deflection found a Brøndby player out wide, who in turn played an excellent cross, finding Agger who was making a near post run. The angle was tight, but he was able to put it on target and past the keeper, ensuring a halftime lead for his side.

On a scale from 1 to OHMYGODPLEASECOMEBACK! How much do you miss this guy?

Agger's goal proved decisive. The exciting, back-and-forth first half gave way to a drab, scoreless second, and Brøndby held on to get one step closer to Europa League qualifying.

During the second half, Christine asked what I would say if I met Agger. There are loads of things I would want to say. "Thanks for all the great memories." "I loved watching you play for Liverpool." "You seem to be a good role model because of your passion and work ethic." "You'll Never Walk Alone." Instead, I would probably just mumble something like, "I'm just...a really big fan." Christine nodded thoughtfully and replied, "I would tell him he's hot." 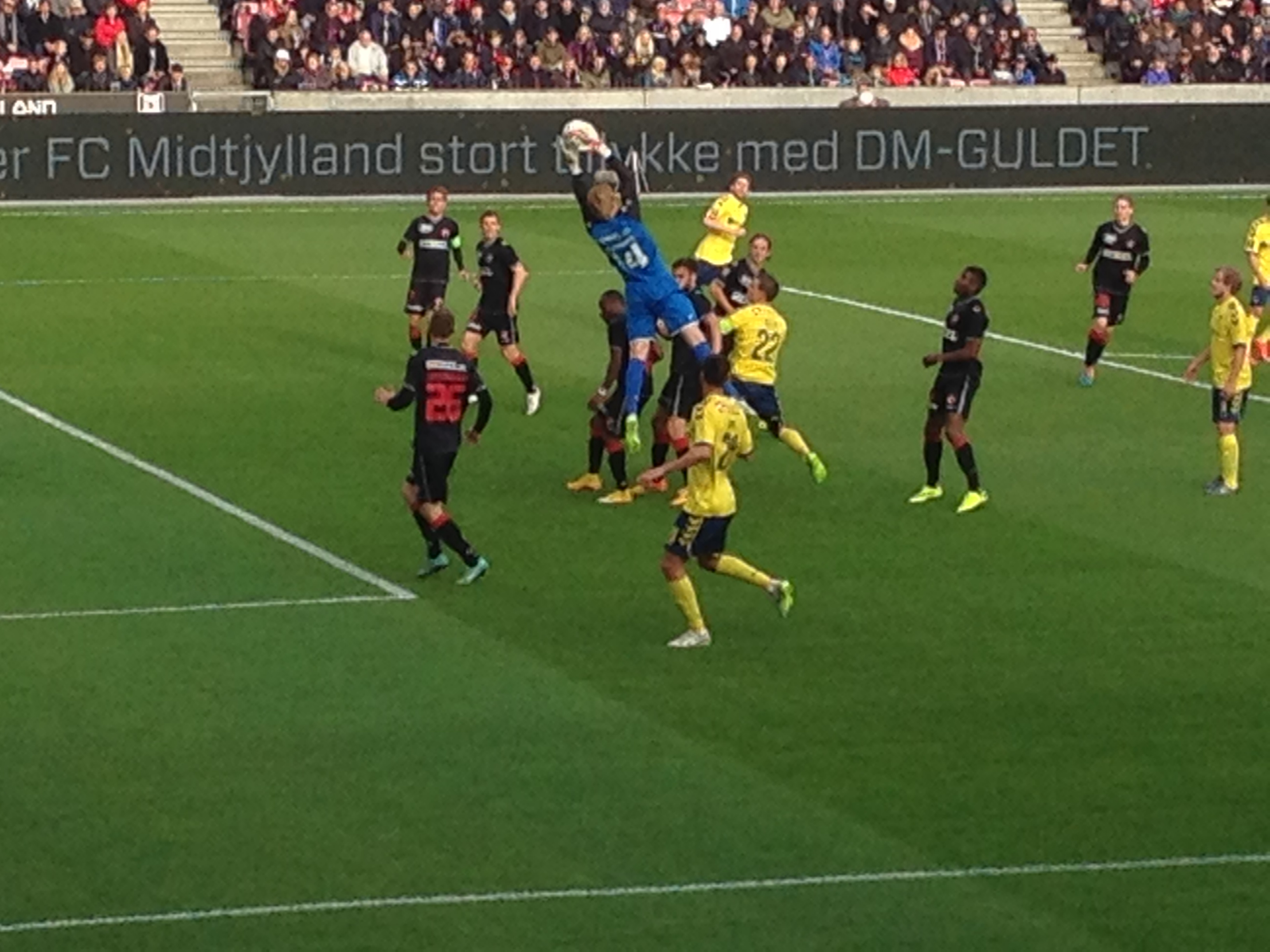 This photo would be awesome if I had something better than an iPhone.