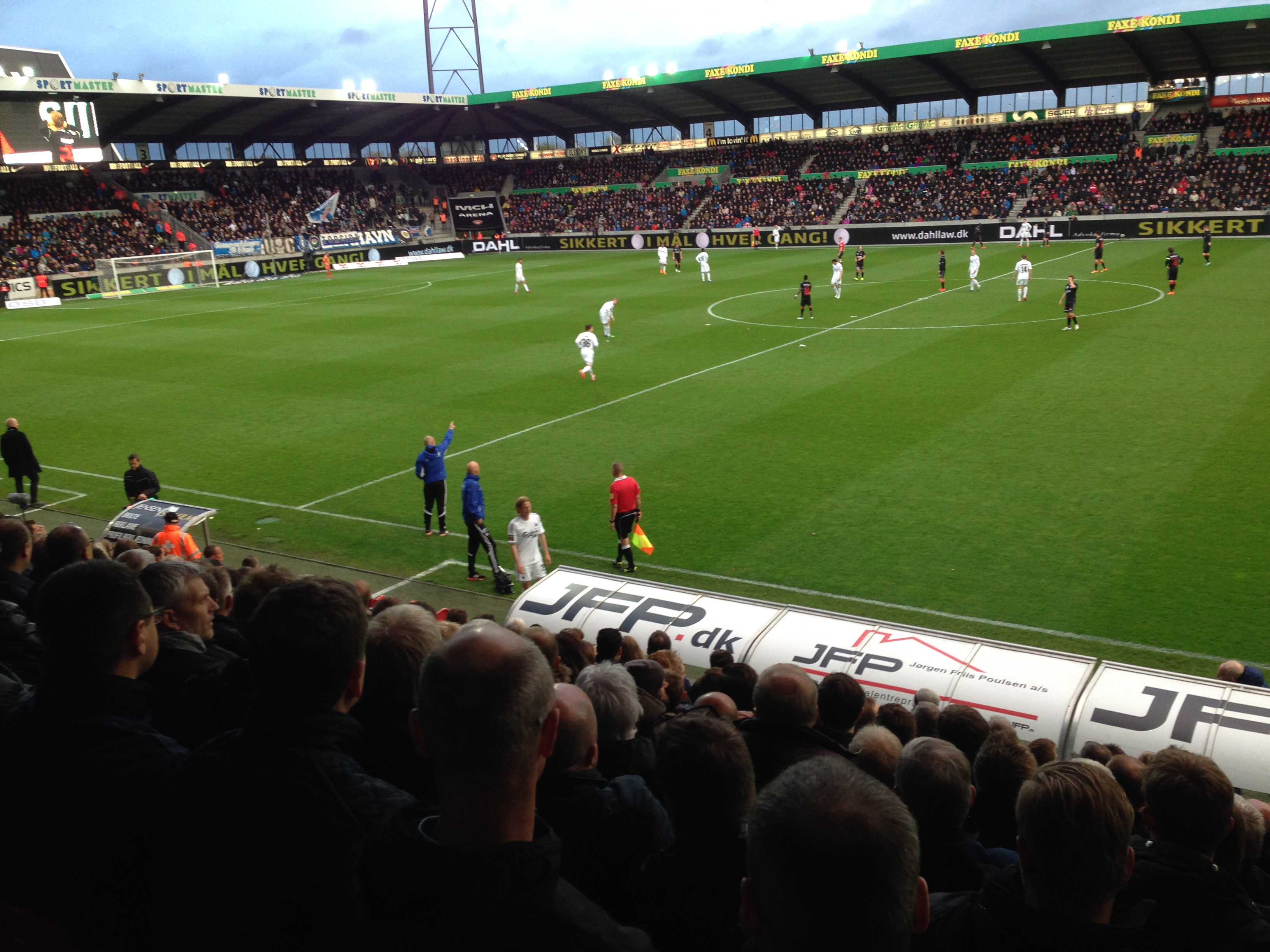 Christian Poulsen being subbed off late in the match.

-OR- Will Work for Football Tickets

When I followed my girlfriend to Denmark at the start of the month, I didn't think I'd be helping cater to VIPs before an important football match. At no point did I think I'd be wearing an oversized apron, nor handed an official FC Midtjylland staff polo shirt. Nor did I think I'd be doing those things for free, and yet here I was doing exactly that, because I'm not legally allowed to work in Denmark at the moment. That said, despite the stress of working and knowing all of three words of Danish, I was given access to FCM's next home matches against FC København (or "Copenhagen" to us English speakers). And we planned to also attend the following home match against Daniel Agger's Brøndby.

FCM, although hardly a powerhouse, have built a successful little club since the merger of two smaller clubs in the late 90's, finishing runner up twice, and taking Man City to the brink of elimination in Europa League qualifying back in 2008. Midjylland entered the contest 9 points clear of FCK in second, with four more to play after the match, meaning they could essentially lock things up with any points. 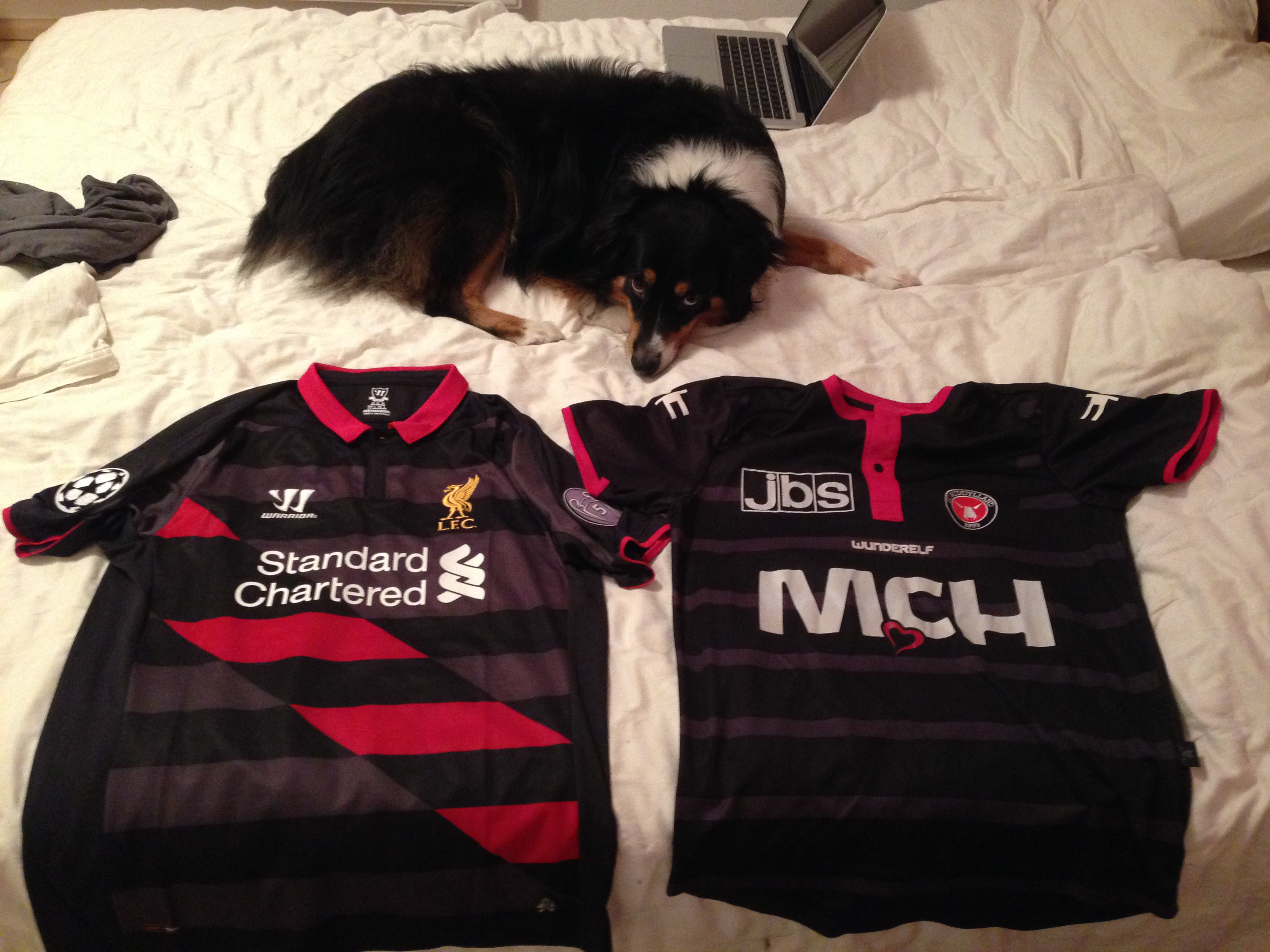 "It doesn't quite turn my stomach at first sight. I can fix it!" Someone in Warrior, probably

Also noteworthy, FCM's last year's kits seem to be the inspiration for our 3rd kit offerings. (Only if Warrior, like so many camp children before them, screamed, "A little bit louder, and a little bit worse!")

Of all the unmemorable Liverpool signings, Christian Poulsen ranks high (or is it low?). And from Poulsen's perspective, when you find yourself benched for the likes of Jay Spearing, you know your latest career move hasn't gone as planned.

Unlike fellow Dane, the beloved Daniel Agger, Poulsen's career in Red was both short lived, and largely inconsequential. He now plays for FC København, or at the very least runs around in the center of the pitch and occasionally commits a foul.

Poulsen's major contribution to the affair was a bafflingly stupid foul on an FCM player who was trying to shield a ball out of play. Poulsen took the unorthodox approach of trying to run directly through the back of the player, perhaps believing momentarily that since both he and the opponent were really composed of almost entirely empty space on an atomic level, he could get to that ball first. His basic understanding of physics, much like his football talent, was left wanting for more. The ensuing yellow card was well deserved, and probably one of the easier decisions of the referee's career.

FCM finally broke the deadlock in the 74th minute, and doubled it in the 78th. I assume it was a total coincidence that Poulsen was subbed off immediately after the second goal.

The hosts held on to win 2-0, meaning they needed all of one point in the remaining fixtures to secure their first Superliga title in their brief history. They would claim that point during their following away mid-week game, a scoreless draw.

After the match, we were asked if we wanted to come back to work before the Brøndby match. I said, "Yes, but only if I get to take a selfie with Agger." (I'm imagining that we'd both be holding up a Liverpool scarf together whilst singing "You'll Never Walk Alone." Then I could go play in traffic, because life would be all downhill from there.) She laughed, which is odd because it clearly wasn't a joke at all.

I'll be sure to post a video if when that happens. 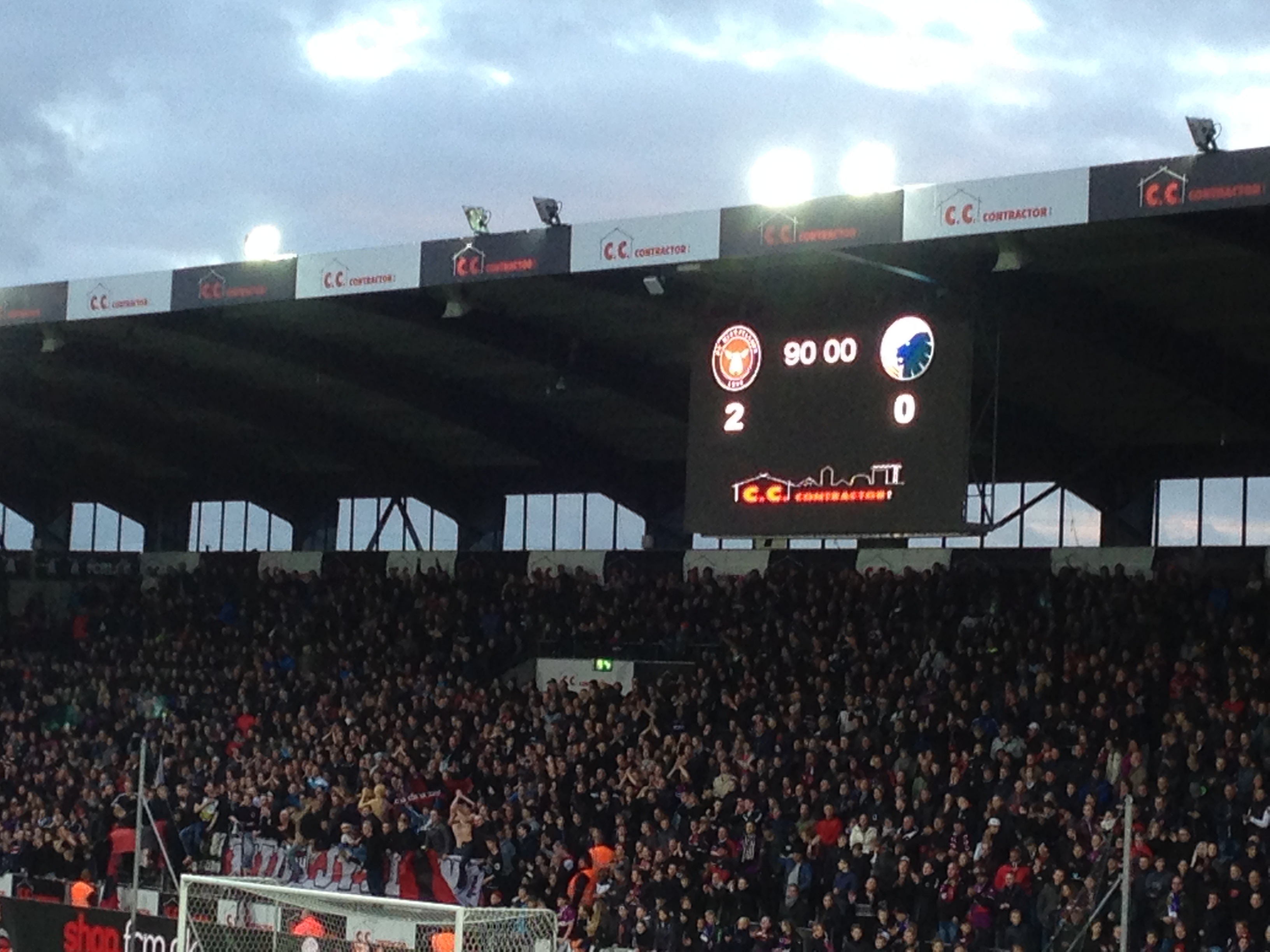