Jürgen Klopp, by all accounts, charmed everyone with his first interview and press conference as Liverpool manager. He said a lot of interesting, sensible, and funny things, and you can see why the fans in Mainz and Dortmund love him. But for me, one of the most important things he said was at the very end of his LFCTV interview. He actually turned into the camera, the way a television anchor might, when replying to the question, "what is your message to those Liverpool supporters?" 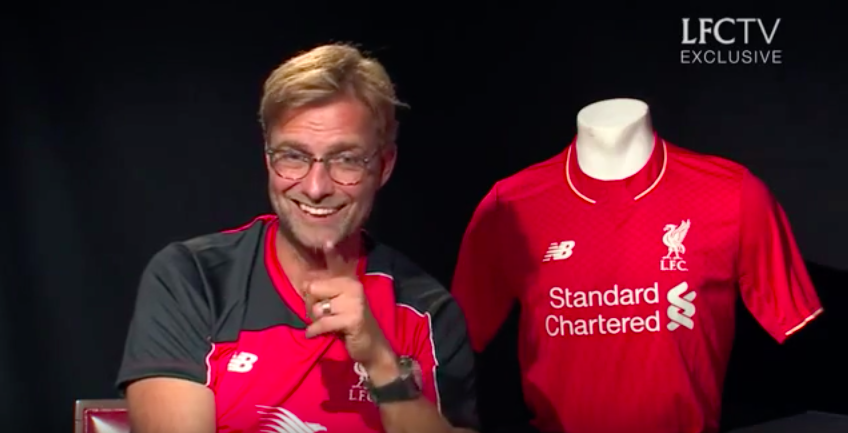 And then Klopp said, "We have to change from doubters to believers...now."

What a timely message that is.

Many - myself included - were already beginning to think that this season's campaign to get back to the Champions League, or win some silverware, was slipping away in the weeks leading up to the Merseyside Derby. It seemed emblematic of the larger battle to keep pace with the Premier League elite on a consistent basis, as we shipped off two of our best players in consecutive summers. Even after the #KloppForTheKop rumors started flying, I found myself wondering just how much the charismatic German manager could accomplish arriving midseason.

But now is the time for belief.

Liverpool have acquired one of the most coveted managers in world football, a man who would be on the short list for just about any major managerial vacancy in Europe. It's time to enjoy it.

And that's why when Jürgen Klopp pointed into the camera, I felt he was pointing at me. So many disappointments in recent years of being a Liverpool fan had put me into a cruise control of managed expectations and pondering reasons why it might all come crashing down. As much as I was excited and thrilled by the appointment of Klopp, I was still letting doubt creep in.

Well, no more. I'm going to enjoy it.

In that LFCTV interview, Klopp also reinforced that football is not as important as other things in life, and that the team's job is to provide entertainment and joy for the fans.

We have to entertain them – we have to make their lives better. That’s what we have to do because football is not so important – we don’t save lives or things like that, we are not doctors. It’s our job to let them forget their problems for 90 minutes and then they can talk for three days about the last game and talk for two days about the next game. That’s how I want to live – if I am not a manager, that’s the way I would live because I love this game so much.

At the end of the day, this is supposed to be fun. It should be something to laugh about and talk about and just enjoy. And you can tell that Jürgen Klopp just enjoys himself with football.

Remember this during the losses and 0-0 draws. Relish it during the smashing victories.

Time to believe. Time to laugh along with our new manager. Time to enjoy the fact that we get to support the greatest football club on Earth. Time to jump off the couch like a madman when we score a goal, as Klopp does the same on the sideline.

Time to enjoy a new era for Liverpool FC.