Tea and Crumpets with Lion of Vienna Suite

As part of its ongoing efforts to learn as little as possible while charging its meals, Tea & Crumpets heads out for a chat with Lion of Vienna Suite to celebrate the return of Jay Spearing to Anfield.

Share All sharing options for: Tea and Crumpets with Lion of Vienna Suite

Still suffering the fallout of Christmas bloat or not, it was time to drag the tired husk of Tea and Crumpets out for something of a special occasion: the return of Jay Spearing to Anfield. It was out of a sense of obligation as much as anything, then, that we toddled off for a light bite and a bit of a chat with Dennis Chase of Lion of Vienna Suite, settling on a calorie conscious roasted pigeon with warm foie gras and foie gras sorbet on a beetroot and cocoa puree, drizzled with sauce au Banyuls to accompany the afternoon’s conversation…

T&C: No club in English history has suffered through a more futile history than Bolton Wanderers. Having been part of the founding of the Football League back in 1888, they hold the record for having spent the most years in the top flight without having won the title. All told, The Trotters have had 72 chances to win it all and have come up short 72 times. One would think for a side in the top flight that often, dumb luck or blind chance or the alignment of the fullbacks would get them to at least one title. Instead, the closest Bolton have come is third, and even that high watermark was last achieved in 1925.

The last time Bolton won the FA Cup, meanwhile, was 1958, for which Tea and Crumpets can’t help but feel we should apologise because really, that all sounds quite horribly depressing and probably somebody should. Apologise for it.  One would have to assume at this point, though, that the futility must be something of a selling point for many Wanderers supporters, generations of losing having shed the club of anyone even the slightest bit interested in winning and silverware and other such silliness, leaving behind a core of bitter, determined pessimism. Things are bad. They have always been bad. And they always will be. In saecula saeculorum.

So. Is there actually anything other than a core of bitter, determined pessimism keeping the average Bolton supporter around and not wandering off to learn crochet or build a column still?

LoVS: I had a really good night out in Liverpool back in November. Went up with a few mates and had a great time. The hotel we stayed in speciallises in stag dos, hen parties, and the like, so each room has a theme. We could have stayed in the James Bond room. But the guy who made the reservation thought it would be funny if we stayed in the Miranda suite on the Sex and the City floor. Unbelievable. 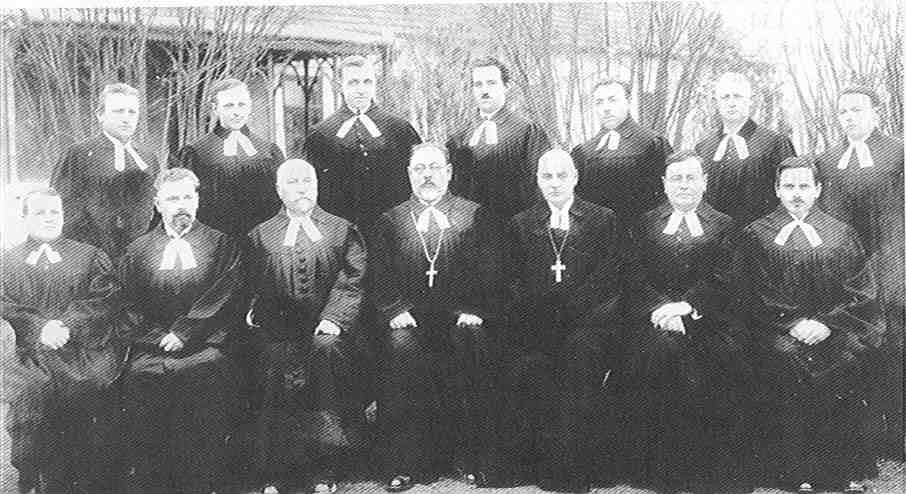 T&C: Sure. But having been founded by a reverend as Christ Church FC in 1874 before a dispute with the vicar forced them off the church grounds, is it tempting to blame some deity or other for more than a century of disappointment and struggle, be it the club’s 19th century inability to find a new home or the fortune gifted to historical rivals Manchester City in more recent years?

LoVS: So on this night out in Liverpool we had a really good dinner at Brown's right in the city center. Our waitress recommended that we go up to Seel Street, an there we happened upon the Kazimier Garden, which was an absolutely brilliant bar. We were sat in an old wooden railcar drinking mulled wine when we got to talking to some local ladies. They found us to be quite witty and charming, so insisted that we continue on with them to the next venue. The night was really getting interesting.

T&C: Renowned as the shortest player to pull on the shirt for both clubs, Liverpool fans had been pleased to see local boy Jay Spearing make a home for himself with the Wanderers, even if it only involved him wandering 30-odd miles from home and growing a beard in the hopes bartenders would stop asking for his ID. Still, there he is, off on his own, captain’s arm band and big boy pants and all grown up. Sort of. And also now about to head off to Watford, at least if the manager can get in a warm body or two to replace him with. Where did it all go wrong for Wee Jay? 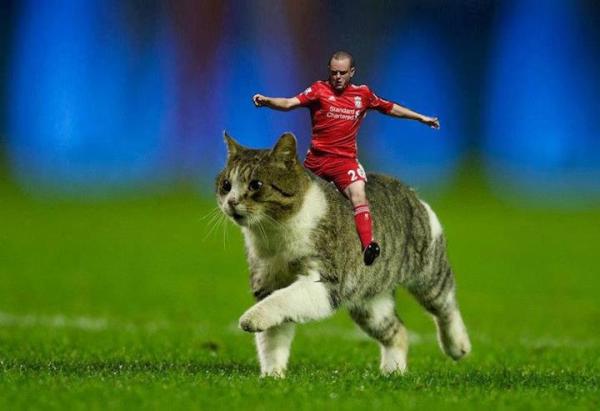 LoVS: Neil Lennon was named manager of Bolton Wanderers in October, he watched Jay Spearing play about 15 minutes of football, realized he was crap, and permanently affixed the boy to the bench.  Now where was I? Oh yes, the ladies insisted that we head up the street to Aloha Bar. A tiki bar in Liverpool? Who would have guessed.

T&C: Quite. Well then. Speaking of column stills, that’s certainly an invention that completely revolutionised commercial spirt making. Before their invention, all spirits were distilled in pot stills, not much different from giant kettles made out of copper or even wood. They were inefficient and difficult to heat evenly, which meant a high risk of burning the distillate. They also had to be cooled and cleaned between batches, and produced a spirit with a relatively low alcohol content and higher levels of impurities. All told they were slow, temperamental, and the quality of the spirit produced could vary wildly from batch to batch.

By comparison, the column still—made up of at least two towers, with the contents heated by steam forced through internal coils—allowed for continuous use and consistent, even heating to a higher temperature, allowing the production of greater quantities of distillate at a higher alcohol content and with fewer impurities. No longer needing to disguise the impurities in the alcohol meant distillers no longer had to add sugar to gin, giving birth to the London dry style, while the consistency of the distillate produced by column stills led to the rise of cheap, reliable blended whiskies.

The pot still remains in use in the production of single malt Scotch, as well as any time the impurities introduced by an old pot still might be seen as integral to the finished product and consumers are willing to pay a premium for the more involved distilling process. In most distilling applications, though, it’s a relic—an affectation indulged by fools and romantics best left to the history books.

More from Lion of Vienna Suite

More from Lion of Vienna Suite

LoVS: The ladies then wanted to go to Salt Dog Slim's, but the bastards at the front door wouldn't let us in.  They said they were closed, but there were clearly still people inside drinking. At this point we decided that the best course of action was to visit every open bar on Seel Street and have at least a drink at each one. We may have underestimated how many drinks that would involve, as things got a little blurry. AT 6 AM there was a kebab at a place called Mr. Chips on Bold Street, but I can't say much more than that for certain.

T&C: As enlightening as that all is, perhaps we should get back to Neil Lennon and Jay Spearing? The manager clearly isn’t much of a fan of the player, but with Bolton adrift mid-table for the second year running, just how a big a fan of his is the average Bolton supporter? More than a decade in the top flight this century and, successes or not, 72 years in that top flight over the club’s history, makes it hard to believe could be happy with the recent fall from grace for the Wanderers, and so far at least Lennon doesn’t appear to be doing any better than Dougie Freedman. Does he get the same two years Freedman, Owen Coyle, and Gary Megson did before him, or will there be a Welsh manager in so Bolton can complete the British Isles set by this time next season?

LoVS: Lennon has been decisively better than Freedman. Prior to Neil's arrival Bolton had taken only five points from 33 on offer and sat dead last in the table. Since Lennon came on board we have taken 28 points from 15 league matches and moved up to 15th, only 10 points off a playoff spot. 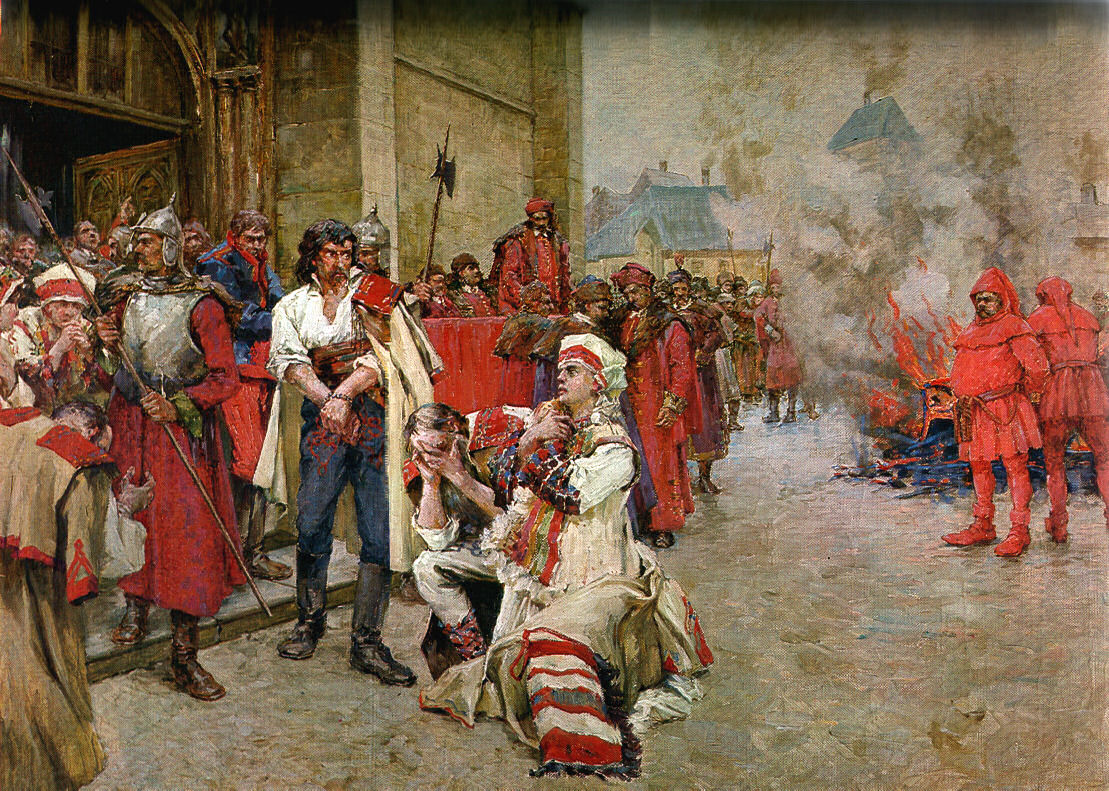 T&C: So if Lennon is largely seen as having a plan to move Bolton forward despite what has so far been a lack of results, can the same be said for owner Eddie Davies and chairman Phil Gartside? Both have overseen the club for more than a decade, and under their stewardship Bolton had their most successful spell since the early 60s. Both have also overseen skyrocketing debt that will make getting back into the Premier League a tough task, and having failed to keep the Wanderers in the top flight—and blowing through a great deal of money in the process—are there feelings amongst supporters that it’s time to force a change at the very top?

LoVS: There is a section of Bolton support that are staunchly anti-Gartside and Davies, but they are pretty much staunchly anti-everything. They are frankly exhausting to talk to, but have been largely absent since Neil Lennon took over, since the success and entertaining play under the Northern Irishman has left them with little to complain about.

T&C: Well. I suppose that about covers it. Or perhaps not. Either way, there’s nothing for it now but to wait for the match itself, and so Tea and Crumpets would like to thank Dennis and Lion of Vienna Suite for the time and conversation. And also to wish Wee Jay Spearing the best of luck, wherever he ends up.