Liverpool still can't get in to truly consistent form. They get a couple good results, then they stink up the joint. They play mediocre football for awhile, then they blow someone off the pitch. That wildly variable form, plus a major shift in shape and, oh yes, injuries, make this edition of 3XI perhaps the hardest yet to compile.

Daniel Sturridge continues to miss out through injury, forcing Brendan Rodgers to utilize Raheem Sterling as a false nine of sorts thanks to the poor form of Mario Balotelli and Rickie Lambert. That's helped force Adam Lallana and Lazar Markovic in to more prominent roles, and for the most part they've both responded well. Where things have struggled, however, is in midfield, where Jordan Henderson has been shunted out to wingback in order to accommodate a Lucas Leiva/Steven Gerrard pivot which has been... less than ideal.

The back line has also been in a state of flux. Each of Martin Skrtel, Kolo Toure, Dejan Lovren, and Mamadou Sakho have been nicked up and injured to some extent or another over the last month. Sakho has returned from injury to re-establish himself as a must-start option, but the rest have been tough to start consistently. That's lead to the discovery of Emre Can being a decent emergency center back option, though, so at least there's that.

The schedule for the rest of the month is a rough one, chock full of clubs Liverpool too often struggle with. The next match, an FA Cup affair at AFC Wimbledon, should be relatively straightforward, but from there it gets hairy. The next two weekends bring trips to Sunderland and Aston Villa, two poor teams in terms of table standing, but both are ones that Liverpool have had major problems beating much too frequently the past couple of years. Then there's the two-legged tie with Chelsea in the League Cup semi-final, which will in no way be fun because such ties never are, too often proving stressful even in victory. Then the month closes with a visit from West Ham, which feels like an impending trap despite the London side's recent dip in form.

It's going to be a long, tricky month, and one that's very hard to predict with Liverpool's current situations with injury, form, and tactics. How the news that Gerrard will be leaving the club at the end of the season effects things is anyone's guess; does he get benched? Does he super-extra-mega get played every match, more than we've seen so far? Does his form improve, or drop off the table? How that plays out will be a huge factor for Liverpool the rest of the way, not just this month. 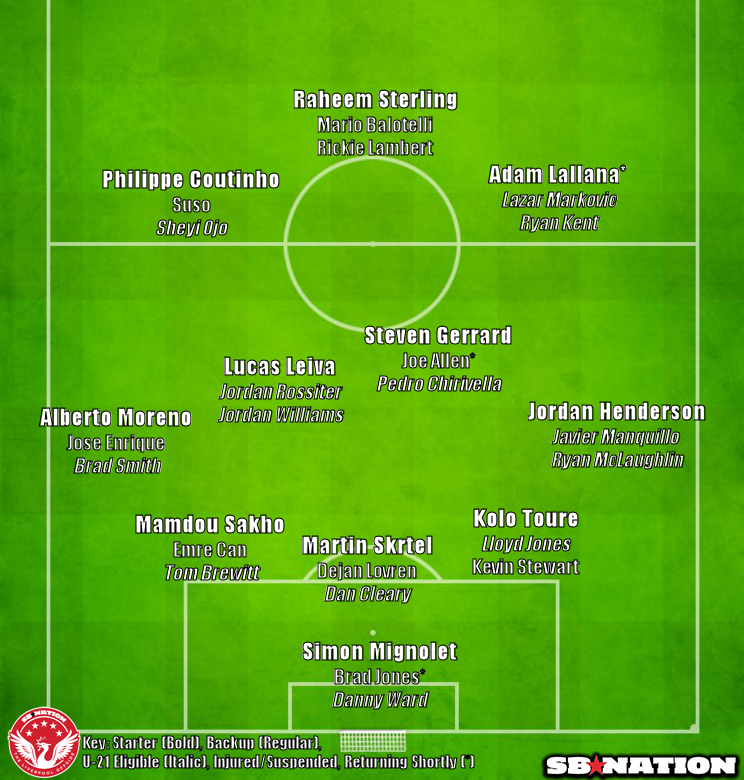