The Week in Comments: "Iniesta at CB"

Share All sharing options for: The Week in Comments: "Iniesta at CB"

Glen Johnson takes great amusement in playing ‘knock a door run’ on a daily basis. This is a childish game where you’d knock on a door and then…run and hide.

So Glen takes great amusement in not being where you expect him to be? Got it.

R2D_2: Too much proven quality for Liverpool. Let’s go look for a younger teenage doctor with potential.

Where's Sturridge's song?: As a 19 year old medical student I believe I fit the bill, young with potential and more cost effective than a seasoned pro like Dr Zaf. I fit the FSG model perfectly.

I know Alexander Merkel's career hasn't quite gone as planned
Sure, FIFA once gave him 88 potential and now he’s stuck with Grasshopper on loan with a potential of 74, but that’s no reason to hate him.

PlanetMold: Can you imagine what Barca would look like if BR was the manager? The over/under on league goals would be like 119.5.

manuyaji: How is Costa so much costlier than Aguero?

ITStheGP: How is Aguero so much Aguerier than Costa? That’s the real question.

I am worried.
I’m worried that we won’t sign Shaqiri, and I won’t get to be all like, "sorry Nerazzurri, he’s just not that inter you."

Gerrard: “He’s a Fantastic Player to Hand the Armband To”

Curz: Not good enough yet to be honest
But I dont see any better candidates so whatever...
Sad state of affairs

latortillablanca: not good enough at what?

campion: Catering – I think the team dinners are going to take a nosedive

Matt311: This Dr already has connections to FSG and can also provide the splurge 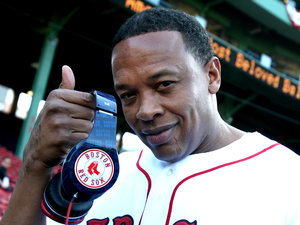 AJ: Not sure if sarcastic...

Agent moyes: He forgot about Dre

There's No Crying In Football

— Trev, who is 1 for 1 when it comes to number of comments made vs comments appearing in WIC

Okay, it's a Vine. (via jack's complete lack of surprise)