With Liverpool's transfer business done and the international break behind us, it's time to assess how the squad's depth stands ahead of a busy match schedule.

This could have been a truly beautiful thing, Stupid international break, and stupid injuries ruining everything...

Still, this is a damn strong side with a heck of a lot of depth. The return of Adam Lallana from injury gives the attack a lot of reinforcement, even with the loss of Daniel Sturridge for a few weeks with his own injury (thanks for nothing, Hodgson). The addition of Mario Balotelli couldn't be more valuable at a time like this, especially if his time with the club so far helps him round in to form soon.

Sturridge isn't Liverpool's only injury; Emre Can was hurt on international duty and will be out at least six weeks, and none of Joe Allen, Glen Johnson, or Martin Skrtel will be available this weekend. These injuries will test Liverpool's depth, but this type of situation is exactly why Liverpool did so much business this summer to reinforce the squad, especially with such a busy period coming up. 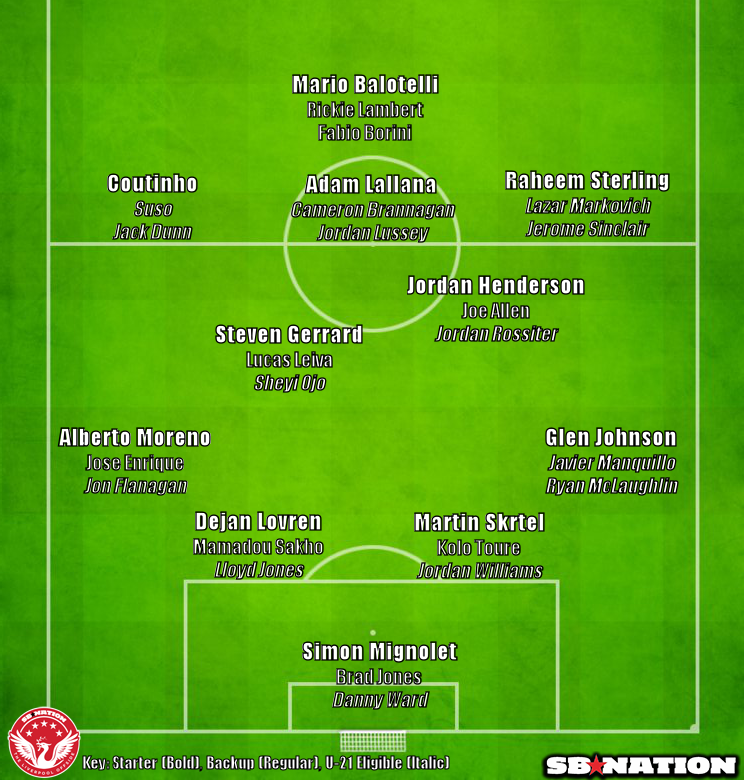 Special thanks to Jake for helping sort out the usage of youth players this month. Stupid injuries mucking everything up...