Still doing its best to avoid learning anything, Tea & Crumpets prepares for Sunday's match the only way it knows how—by indulging in another spot of rambling incoherency with Cartilage Free Captain.

Share All sharing options for: (More) Tea and Crumpets with Cartilage Free Captain

A new season. A few new players scattered about, a few new managers, newly promoted sides. The same old grind. Tea and Crumpets blearily dragged itself to its feet, tried to recall which sides had been demoted to make way for the newly arrived trio, and quickly gave up. It didn't much matter in the end; it was all just more of the same. Besides, today was about the squab and squid with Japanese vegetables on a pea puree. And about Tottenham, Tea and Crumpets supposed, as Uncle Menno of Cartilage Free Captain had agreed to another meeting ahead of their match against Liverpool…

T&C: Last season, Tottenham ruined the careers of Roberto Soldado and Paulinho. Spain's top striker not at Madrid or Barcelona and the steal of a midfield signing that had fans of just about every club—including Madrid and Barcelona—feeling a little bit jealous. A few months at White Hart Lane and they were about as useful as footballers as an ageing three-legged cat. While this was a fortunate outcome for not-Tottenham supporters, we're still not entirely certain what Spurs gained by ruining their careers.

CFC: It’s a funny thing about Spurs. We ruin stuff. It’s not that we mean to, and it’s not a 100% failure rate, but you’d be forgiven if you think that we’re a club run by a bunch of north London Gumbys who run around with sledgehammers randomly smashing things while singing "Stand Up If You Hate Arsenal." I mean, we almost broke Gareth Bale before he decided "fuck it, I’m just gonna be the best player in the world no matter what." Breaking Gareth Bale would’ve been the ultimate confirmation. Good thing we didn’t have Tim Sherwood back then. 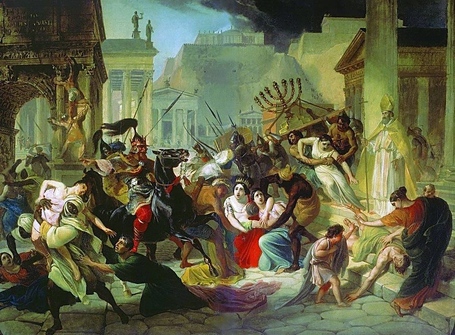 In the specific examples of Paulinho and Soldado, you can look at it one of three ways. One: It’s all AVB and/or Tim Sherwood’s fault. Two: Spurs were sold a bill of goods. Or three: [Cartilage Free Captain cries quietly into a beer]. Given a choice, I pick option one, but I suspect it’s really some combination of all three.  But Lord, they have not been good.

T&C: After selling Luka Modric to Madrid a few seasons back, Tottenham entered into an affiliation with the Spanish giants. To date this has seen Spurs sell them Gareth Bale while Madrid have sold some of their best spare parts to English clubs that aren't Tottenham. It seems like a rather pointless exercise that's done as much good for Spurs as other pointless affiliations with the San Jose Earthquakes and Hong Kong First Division powers South China AA. In any case, who are you going to sell to Madrid next? And was that the plan for Paulinho before you broke him?

CFC: Yes, the Madrid Partnership™. Which appears to be an agreement to sell our best players to Real Madrid in exchange for the exclusive right to sell our next great player to Real Madrid. I’m not sure what we’re getting out of this deal, apart from, y’know, giant bins of cash. I’d say we’re all as annoyed as you’d expect us to be. After all, after the Bale sale we were "rewarded" with Florentino Perez selling Meszut Özil to our biggest rivals. I’m glad to see, however, that you’re joining the club. I sincerely hope that Barcelona treats you every bit as well as Real Madrid has treated us. ¡Hala Madrid!

As for the Earthquakes, they did help develop Simon Dawkins to the extent that we were able to milk £500k out of Derby County for him. So there’s that.

T&C: Well, we already did get Alexis Sanchez sold to your biggest rivals in exchange for selling them Suarez. So. ¡Hala Madrid! In any case, over the past three seasons, Spurs have netted nearly £40M in the market. So far this summer, you've signed four players who probably won't do anything to help you in the final standings and pocketed nearly £9M. Window after window in the black and flush with bonus cash from the new television deal—something that made it possible for Everton of all clubs to drop £28M on Lukaku—Spurs should have the resources to land an Angel Di Maria of their own. 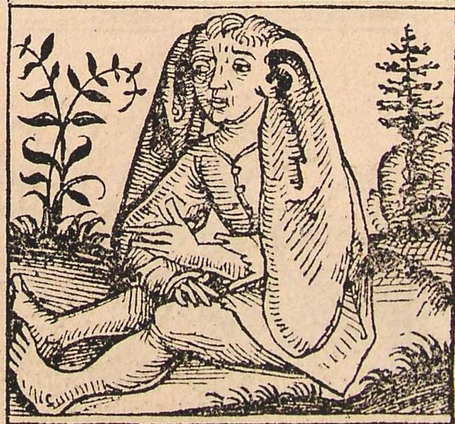 Instead you've signed Federico Fazio, a middling 27-year-old centre half who's almost certainly already reached his not very good peak. So. Is there a flashy, difference making signing in store for deadline day? Or has Daniel Levy blown it all on caranuba wax?

CFC: Well, that seems a little misleading since we did sign Eric Dier, currently co-leading scorer in the Premier League and the best center-half-slash-striker we’ve had at Spurs since since Gary Doherty. Ben Davies will probably eclipse Danny Rose at the LB position before too long, and Michel Vorm is set to take over for Hugo Lloris after the next chapter of the Madrid Partnership™.

But here’s the thing: I’m not sure we really need a whole bunch of flashy signings. If you’re a typical deluded Spurs fan like me, you still have faith in the Gareth Bale Seven. Erik Lamela is looking like a brand new signing because he is like a brand new signing and any media source that calls him a "flop" is full of crap—he was injured for most of last season and is looking like he’s worth every penny of that £30m we paid for him.

Nacer Chadli had a fantastic game last weekend against QPR. Christian Eriksen is still one of the best players on the team. Etienne Capoue apparently took the French version of Super Soldier Serum and is now bossing the midfield. Many of the players we purchased with the Bale fund are now either coming good or looking much, much better—bar Roberto Soldado and Pualinho, of course, because we broke them—and we have young rising players like Harry Kane and Nabil Bentaleb that are developing into first team starters

We also have the aforementioned Fazio, whom I have not had the pleasure to see play but is probably a decent enough defender, and we have bizarrely been linked to left wingers like Memphis Depay and Danny Welbeck the entire window. I think it’s likely that we may see one or two more signings, and one or two more departures before all is said and done, including the traditional Daniel Levy Deadline Day Special. We could still use one more defender, and maybe a striker if we decide to cut bait on Soldado. We’re not in a position to be able to attract the Di Marias of the world to Spurs—though neither should United be able to—nor are we the kind of team that will realistically challenge for the title. So all in all, based on the opening two matches, I like our team.

T&C: When people talk plate tectonics, history often seems to begin and end with Pangea. The supercontinent existed up until the early Mesozoic, when it began to break apart into the continents we know and grudgingly tolerate today. Yet that was only 300 million years ago, which while rather a great deal in human terms is inconsequential set against the Earth's 4.5 billion years of existence and evidence of plate tectonics as far back as 4 billion years ago. And just as one day Asia and the Americas and all the rest will smash ever so slowly back together, there was a time before Pangea when the continents were separate.

Before Pangea was Pannotia, a V-shaped supercontinent spread out from the south pole that existed 600 million years ago. Before Pannotia was Rodinia. And before Rodia were Colombia, Protopangea, Kenorland, and Ur. Between them, the plates broke up, grew and changed and paired off with each other. New plates formed and others were subducted into the Earth's core. One day, the continents will come together again. And one day, some of the lands people walk on today—entire continents even—will be melted down, recycled in a furnace where temperatures can rise to over 4000 degrees.

After trying to build an entire squad from scratch last summer and while going through two managers, Spurs ended the season three points and one table position worse than the year before. This was obviously the greatest disaster to ever befall north London. With everyone having had a year to settle and the club going out to land the manager of the club that finished 13 points and two table positions below them last season, who gets the blame if you don't finish above Arsenal again this season?

CFC: First of all I’m pretty sure Brad Friedel was alive to see Pannotia transform into Pangea, and could give us a first-hand account. Also, I’m a big fan of plate tectonics, since Spurs innately understand the concept of breaking plates—as well as lamps, televisions, and so on—after our two matches against Liverpool last season. 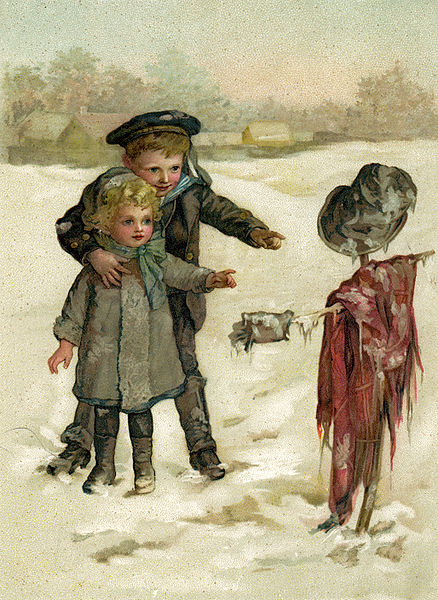 But the thing I really like about plate tectonics is the concept of terra firma shifting slowly, quietly, but perceptibly under our feet into a new configuration. Movement is a constant, and those that don’t recognize this—oh hai Arsene—will inexorably find themselves ground into dust. Change happens slowly, at least if you aren't standing on the Ambramovich Plate, but even the basest of creatures can recognize changes in the tides and can feel in their bones the inevitable tug of the earth towards their ultimate destiny. All this is to say that we’re totally going to win the league this year and shut up.

T&C: Tea and Crumpets would be remiss if, after our talk last season, we didn't get an update on the search for Kyle Walker's brain? Have Spurs or agents connected to Spurs managed to find it yet?

CFC: If I were to warrant a guess, I’d say it’s probably in or around the same location where Steven Gerrard misplaced his ability. Tribalism!

T&C: Tribalism? We'll have you know that some of Tea and Crumpets' best friends are Tottenham fans. Okay, some of the people we're acquainted with in passing. Okay, just one of them. And it's you. Still, we do wish you all the best this year. Just not against us on Sunday and not if it comes down to the two of us for the final Champions League spot. But other than that, we wish you and the rest of the folks at Cartilage Free Captain all the best. Mostly.