With the official announcement due tomorrow, it's not a massive surprise that a promo image of Liverpool's new home kit has leaked today. It's red.

Exciting news for Liverpool fans today, as leaked first images of next season's home kit began doing the rounds, revealing a rather shocking choice of red. Try not to act too surprised. In all, it's another fairly simple outing for the home offering, with Warrior sticking to a mostly traditional look of red with a touch of white trim and keeping the rumoured abstract and experimental offerings for the change strips. 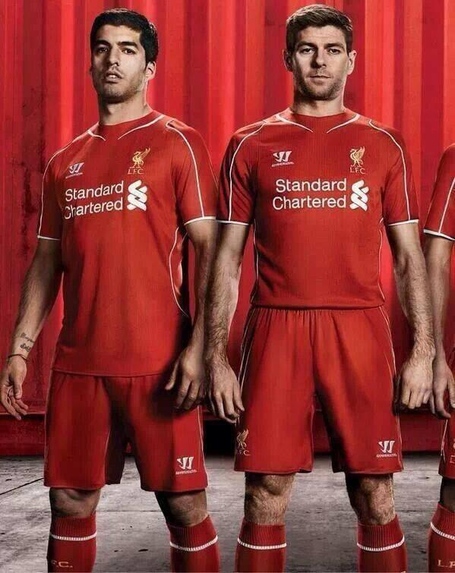 If anything, it's reminiscent of the home outfit Liverpool wore in the 2006-07 and 2007-08 seasons, back when fans could count on their purchase remaining relevant for two years. Only this time around, without the floppy collar, Adidas' trademark stripes, and with the more restrained club crest, the look is a touch more austere. The sum of it all is solid if less striking than Warrior's first two home offerings.

There's a lot of red, a touch of white, and while one could quibble about the clavicle swooshes, on the whole it looks about like one would expect a Liverpool home kit to look. The official announcement is due tomorrow at 6PM BST, while the away and third kit are expected to be announced following the season—and are likely to offer a far better chance for love it or hate it reactions.