The stretch run is upon us, but luckily Liverpool's roster is in remarkably good shape.

This is going to be a long, terrifying, exciting, awful, fantastic month. Liverpool are in first place, with a healthy squad (except, sadly, Jose Enrique), and have both momentum and excitement at their back. It's awesome and horrifying all at the same time.

What's been fun to watch develop over the last month or so has been the hybrid 4-3-3/4-4-2 narrow diamond tactic that Brendan Rodgers has been employing. The positional dynamism of Philippe Coutinho and, somewhat surprisingly, Raheem Sterling have played a huge role in how well it's been working so far, and let's hope that trend continues.

While the focus will duly be placed on the home matches against Manchester City and Chelsea, the road tilt against West Ham this weekend has the potential to be a bit of a stumbling block as well. Even Norwich might not be as much of a gimme as they normally are if Liverpool get too focused on the Chelsea match and overlook them. Liverpool have the fate of the title race firmly in their grasp, but they have to win out to keep it that way as things stand. The pressure has never been higher. 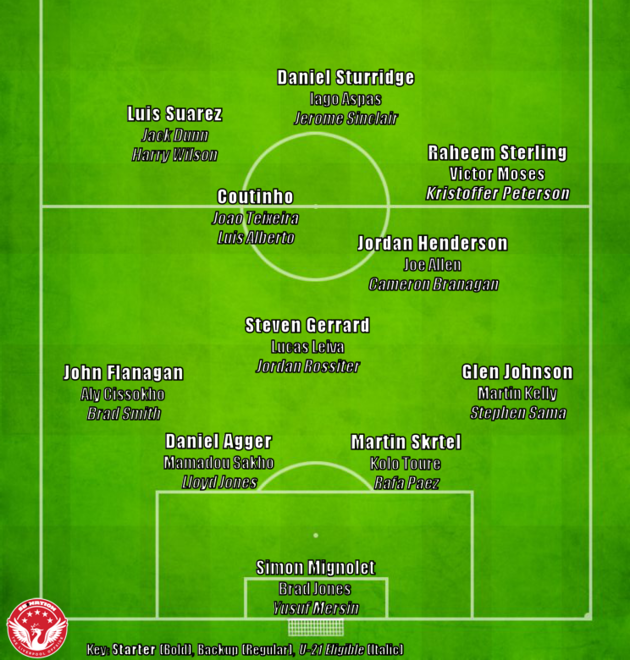