Liverpool's squad is battered and scattered. How does that make this month's depth chart look?

OK, this season has not been fun for Liverpool fans. A confluence of injuries, underperformance, and general chicanery has left this side a broken shell of what it was a year ago. Throw in a dash of tactical stubbornness from Brendan Rodgers, and things have been thoroughly unpleasant.

Daniel Sturridge and Mamadou Sakho are still hurt, but thankfully both are only expected to miss one more match*, that being this weekend's contest with Chelsea. While the pair could really, really come in handy for this one, Liverpool will have to limp along without them. Because, frankly, limping seems to be all they're capable of lately.

*As they're only out one more match, I included them back on the depth chart because holy crap this thing is depressing without them.

After this weekend, we get the ever-entertaining international break. And by "entertaining," I mean "stressful," because really no club football fan should find the international break all that much fun. Fortunately, Liverpool's schedule is about to get a smidge easier, as their next three matches to close out the month are at Crystal Palace and at home against Stoke City in the league, and at Ludogorets in the Champions League sandwiched between the two. While none of those are easy fixtures by any means, they're not Chelsea or Real Madrid or some of the other stress-inducing fixtures Liverpool have faced of late. Like Newcastle.

Still, though, with two massively important pieces like Sturridge and Sakho coming back, that should make life better for Liverpool, especially in the scoring and preventing goals departments. Which are kinda important in football. Hm. No wonder things haven't been so much fun. Hopefully those last three fixtures go well, and give Liverpool some much-needed momentum going in to what, at first glance, looks like a tricky run of matches in December, including their vital last Champions League group stage match. Fingers crossed that all's well that ends well. 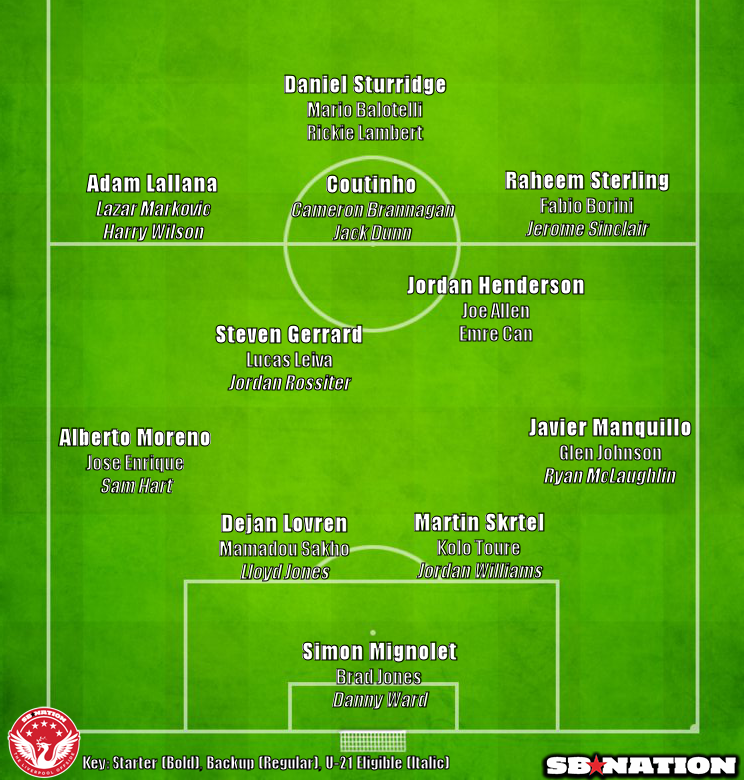