Liverpool's recent run of injuries isn't getting any better, and the roster's looking a little thin as a result.

A tough run of matches. A rough series of injuries. A brutal run of results. Yeah, this hasn't been a fun month to be a Liverpool fan.

And unfortunately, this next month might not be much better.

Daniel Sturridge, Joe Allen, and Mamadou Sakho are all out through at least the end of the international break, Emre Can remains out for awhile, and now Suso is going to be out for a couple of months. Liverpool's depth chart is looking terrifyingly thin right now, and Liverpool's heavy reliance on Steven Gerrard and Raheem Sterling is looking all the more frightening for it, as the depth at their positions is some of the worst in the squad as things stand.

If you were hoping that Liverpool's injury situation might get better for Saturday, your hopes have now officially been dashed. Enjoy.

While the match against West Brom this weekend should be more or less manageable with the break afterwards, the run right after the break is shaping up to be a doozy. Queens Park Rangers haven't been much of a pushover this season despite their low standing on the EPL table, and even with much of the squad rested from the international break, Brendan Rodgers will have some tough choices to make for his lineup. With a vital Champions League match against Real Madrid at Anfield at midweek and just two days' rest in between, balancing the squad will be tricky.

With another league match against Hull City on the 25th and a League Cup match against Swansea City on the 28th, that gives Liverpool four matches in just ten days with a potentially thin squad, two of them high pressure and none of them easy. If Liverpool's injury ward isn't ready to rock, this month could hurt, a lot. With an international break in there, the potential for more injuries and disaster along with them is too high. Hopefully you're all well stocked on antacids. 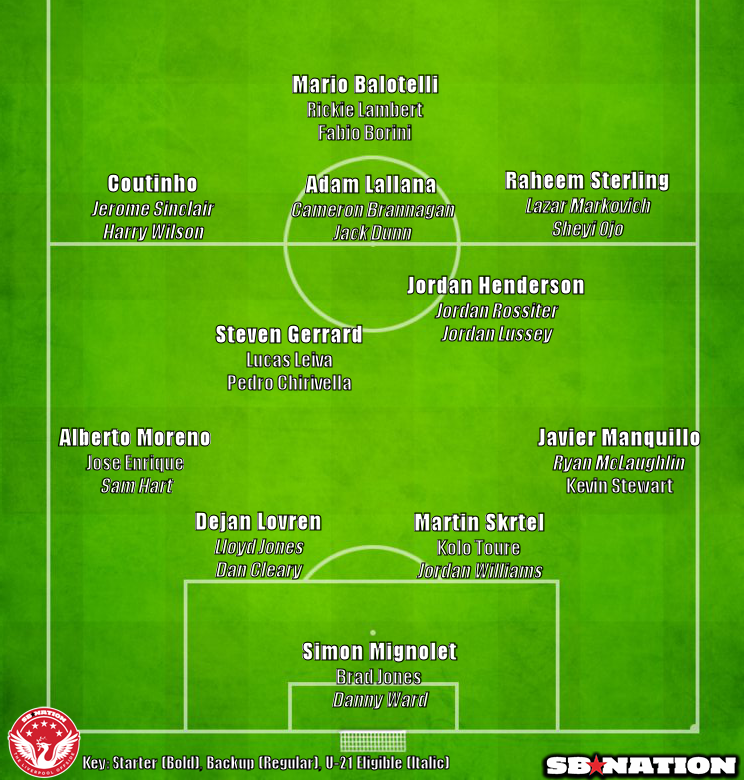