Liverpool's winner again came in the first half yesterday, this time after winning back possession in midfield gave way to a flowing break and fantastic finish from Daniel Sturridge.

Yesterday's winner proved slightly more intriguing, though, as it came as the result of winning back possession in the midfield and breaking forward in numbers. It wasn't quite a counter-counter-counter attack of a counter, but with Villa growing in confidence and retaining possession for the first time in the match, it was fantastic transistion from midfield pressing to terrific finishing.

Gaby Agbonlahor had received the ball through the middle and drifting right, but as we've seen so often, Philippe Coutinho closes down quickly and aggressively, using his quickness to disrupt what had otherwise been a comfortable spell for the hosts. Lucas starts at the top of the frame but will get involved shortly, as well Iago Aspas and Steven Gerrard. 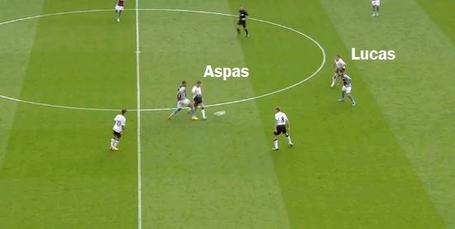 Agbonlahor frees himself of Coutinho but is immediately met by Aspas, and Lucas' movement allows for him to get into position to intercept the wayward pass by the harried Agbonlahor. Coutinho and Gerrard keeps themselves available away from the ball, and Daniel Sturridge has already made his exit further up the pitch, anticipating a break. 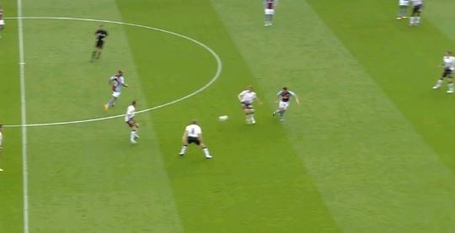 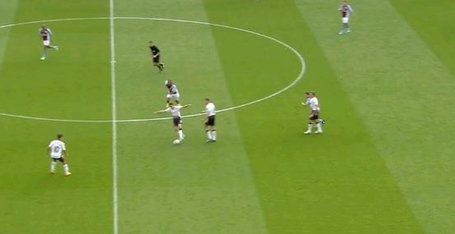 Just like that, Sturridge is free down the left. Maybe not just like that, but after Aspas' failed attempt at flight in the second frame, he gets the ball to Coutinho, who then plays Sturridge into space down the left flank. Villa's defense is stretched, and as we'll see soon enough, that lack of organization will prove to be just enough to leave space for Coutinho and Sturridge to combine expertly at the crucial time. 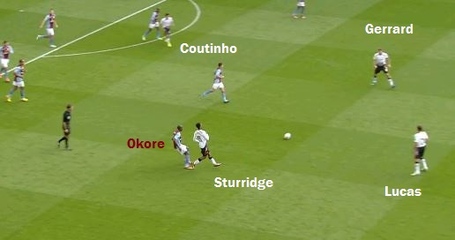 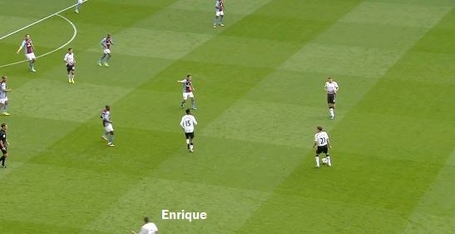 Things look to stall initially, with Jores Okore forcing Sturridge back centrally. Some quick passing between Sturridge, Gerrard, and Lucas gets things re-organized, though, and Jose Enrique comes into the fold at the bottom of the screen, where he'll continue into space after Lucas picks him up. 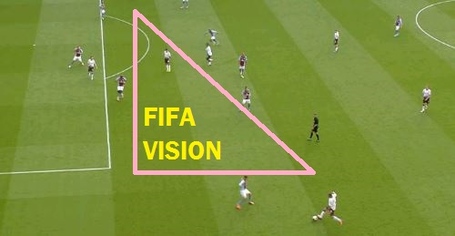 This is where it really gets good, as Enrique slides a low cross to the middle, where a scattered Villa defense has left plenty of space in the middle. Sturridge and Coutinho are stacked outside the box, with Aspas drifting toward the ball. 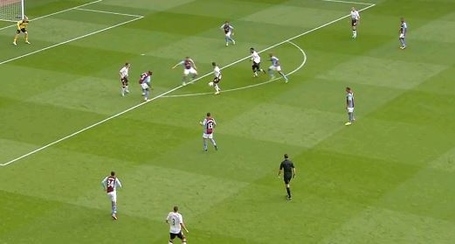 That Liverpool end up with a goal from here amuses me to no end, especially considering that Sturridge--who's about three yards away from Coutinho--anticipates the dummy and manages to control, knock it around a defender, knock it around Brad Guzan, stall slightly, and then poke it into the roof of the net with his left foot. Looking at the above picture, there's just no way that could have been the predicted outcome. 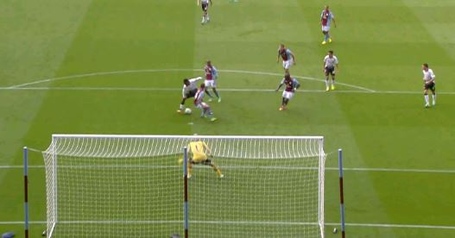 We talked a little bit yesterday about Sturridge's tendency to dilly-dally, and I didn't realize just how close he cut it here. Maybe he got a little handcuffed and had to wait, but it ended up as a very difficult finish from a fairly tight angle with a couple of defenders closing quickly. It's Liverpool, so it can't have unfolded easily, but in the end it was a goal worthy of getting Liverpool all three points. 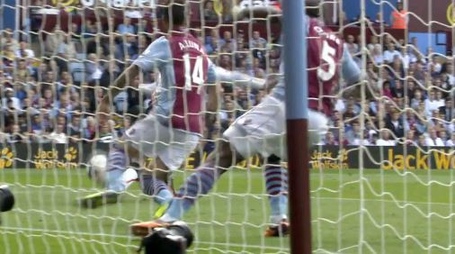 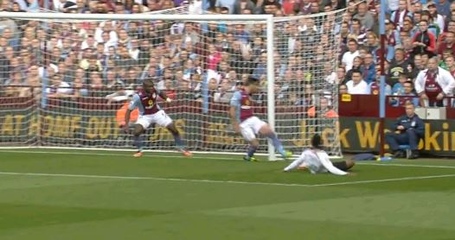 Thankfully it stood up, largely due to some excellent goalkeeping from Simon Mignolet and a MOTM performance from Kolo Toure, who many of us had worried would be overmatched against Christian Benteke. The second half wasn't great, but it was three points to the good and six from six, a feat Liverpool haven't matched in five years. There will be tougher matches, and probably ones that see Liverpool punished. Yesterday that wasn't the case, though, and we can rest easy in knowing that the work to get the winner--and the celebrations that followed--weren't in vain. 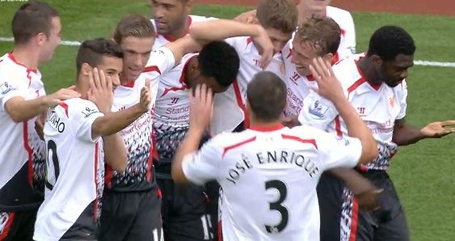