First and Only: Lone Representatives of Their Countries at Liverpool

Simon Mignolet is the first Belgian to play for Liverpool, but who are the other players who have been the first and only people from their home countries to wear the red shirt?

Share All sharing options for: First and Only: Lone Representatives of Their Countries at Liverpool

Simon Mignolet became Liverpool's first ever Belgian signing today, which has provided a minor talking point for those interested in club firsts as well as those keeping an eye on the stealthy emergence of Belgium as a possible new football power a year out from the next World Cup. Time will tell if Mignolet will be the first in a long line of Belgians to faithfully serve at Anfield, or if he'll be the sole representative of his nation recorded in the history books.

While the vast majority of Liverpool's players have come from England (394) or Scotland (158), the increasingly open transfer networks between leagues have seen Liverpool play host to players from 41 different countries in its illustrious history. Today we leaf through the history books and take a look at the 14 players before Mignolet to hold the unique distinction of being the only players from each of their respective countries to have played for Liverpool.

Croatia — Igor Biscan
Signing from Dynamo Zagreb in 2000, Biscan played five up and down seasons with Liverpool, alternating between defensive midfielder and centre back according to Gerard Houllier's various needs. An impressive debut season in red was followed by two seasons spent largely on the bench, but injury woes in his final two seasons saw him earn his place back in the starting line up. Biscan was part of the club's 2005 Champions League winning squad, although he did not feature in the match.

Egypt — Avi Cohen
Cohen's appearance on this list under Egypt is a bit of a cheat as the player earned 51 caps for Israel between 1976 and 1988, but he was also the first Israeli player to play in England, so that must count for something. Cohen only spent two-and-a-half seasons on Merseyside, but his presence in the squad during a successful spell for the club saw him earn a league title and a European Cup. Not too shabby.

Greece — Sotirios Kyrgiakos
The big Greek spent two seasons with Liverpool from 2009-2011, earning a reputation for impressive headers no matter how impractical the tactic might be at a given moment. He moved on to Bundesliga club Wolfsburg after playing just one game shy of 50 in red, and took with him three goals and a Standard Chartered Player of the Month Award as quantitative accomplishments.

Guinea — Titi Camara
Camara played just a single season with Liverpool, during which he scored ten goals in 37 games across all competitions. Camara's game winning goal against West Ham mere hours after finding out his father had passed away helped propel him onto the list of cult favourites at Anfield, but a bizarre injury incident and a fall out with Gerard Houllier led to the player moving on, somewhat ironically, to West Ham the following season.

Iceland — Haukur Guðnason
Before Liverpool chased Icelandic whiz kid Gylfi Sigurðsson, the club had young Guðnason on their roster. The Icelander made the bench three times in his time at Liverpool from 1997-2000, but failed to ever make his playing debut for the club before moving back to Iceland.

Ivory Coast — Kolo Touré
Touré will not technically join the club until July and thus has no statistics nor accolades to his name. Future Liverpool Offside news will speaking glowingly of his leadership and command of the back line during the early matches of two domestic cup runs that will see Liverpool win an ahistoric domestic double on May 17, 2014. 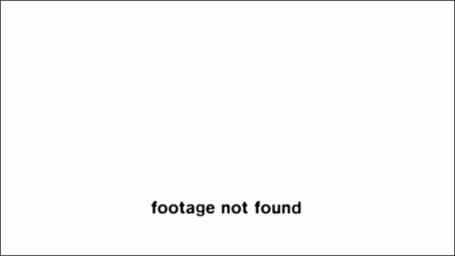 Mozambique — Abel Xavier
Xavier is the second player on the list who fits on a technicality, as he was born in Mozambique but made 20 appearances for the Portuguese national team during his career. Xavier is one of the rare players who made the controversial journey across Stanley Park, joining Liverpool in 2002 having spent the previous three years with Everton. The closest Xavier got to silverware while playing for the club was finishing second in the league in 2001-02.

Poland — Jerzy Dudek
Best known by Reds for his goal keeping heroics in the 2005 Champions League final, Dudek was Liverpool's number one 'keeper for four of his six seasons on Merseyside, but an injury sidelined him and never earned back the starting position new boy Pepe Reina had made his own. Dudek's cult status is such that he even has a novelty song, "Du the Dudek", named for him. It hit #37 on the UK charts!

Portugal — Raul Meireles
Meireles played just one season with Liverpool after being signed by Roy Hodgson from Porto in August 2010. Meireles is best remembered for his goal scoring streak in the winter of 2011 that helped ease the club through several rather difficult and emotional transitions, as Hodgson and Fernando Torres moved on and Kenny Dalglish and Luis Suarez arrived. Despite a generally positive debut season for Liverpool, Meireles moved on to Chelsea the next season following a contract dispute of some sort.

Serbia — Milan Jovanovic
Another of Roy Hodgson's signings, Jovanovic only made 17 appearances for Liverpool, ten in the league and seven in Europe, during his single season with the club in 2010-11. Fun fact: there are two Serbian football players named Milan Jovanovic, but only one has played for Liverpool.

Slovakia — Martin Skrtel
Skrtel joined Liverpool in 2007 from Zenit St Petersburg, earning his place as a regular starter in the league in 2010. Skrtel's most successful season in red was in 2011/12, which saw him win the League Cup and also Liverpool's Player of the Season award. Skrtel's fortunes changed dramatically last season when he fell out of favour with manager Brendan Rodgers, and his future with the club remains undecided despite the player saying he will fight for his place.

Sweden — Glenn Hysén
Spending two-and-a-half seasons with Liverpool was enough to make Hysén an integral mainstay in the Kenny Dalglish squad that won the league in 1989/90. Long term injury and a failure to see eye-to-eye with Graeme Souness after the departure of Dalglish spelled the end of Hysén's tenure at Anfield.

Ukraine — Andriy Voronin
The Ukrainian arrived in Liverpool ahead of the 2007-08 season but after a lukewarm debut season for the club, he was promptly loaned out to Hertha BSC the next season. He returned to Merseyside for the 2009-10 season but only made 11 appearances in all competitions before moving on Dynamo Moscow during the winter transfer window.

Shout out to lfchistory.net for keeping such excellent and up-to-date stats on the club's players and their places of birth.