Tea and Crumpets with Cottagers Confidential

Pastry. Conversation. Badgers. And a complete lack of information that might be useful to a Liverpool fan looking for insight into the current edition of Fulham FC.

Share All sharing options for: Tea and Crumpets with Cottagers Confidential

Having been away for far longer than had ever been intended, Tea and Crumpets decided it was past time to take a shower, dust off the old tuxedo, and drag its sorry ass back into the game for another season. Finding the water had been shut off and the tuxedo no longer quite fit rather got in the way, and so pulling up the covers for a few more months seemed the prudent course. Just to see if things might sort themselves out if left to their own devices.

As they are wont to do, things didn't, so donning said ill-fitting tux, Tea and Crumpets shambled out into the sunlight and falling leaves to join Andrew of Cottagers Confidential in the hopes of squeezing in an appetizer of white asparagus with poached egg yolk and sauce of woodruff ahead of Saturday's match against Fulham. Doing our best to ignore the staring waiters and parents pulling their curious children away, we got underway…

T&C: So, Andrew. Can I call you Andrew? Good. So. Andrew. The football can wait, because we need to cut straight to the reason we're all here: the King of Pop; the patron saint of the Fulham Fighting Badgers; friend to sequin encrusted gloves everywhere. Or, if brevity is your thing, Michael Jackson. And in particular to the defilement of the shrine erected in his honour by former Fulham owner—and hero—Mohamed Al-Fayed, with the club having chosen to rip down the icon's statue only last month. 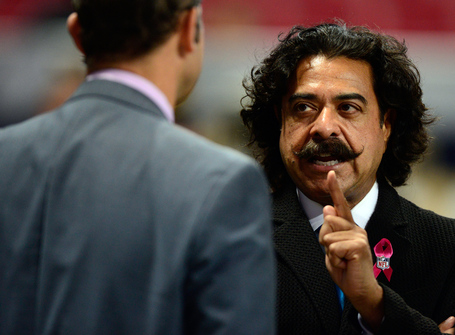 What, exactly, was new owner Shahid Khan trying to prove with a cowardly stunt like that? What makes him think he can do something like that and just get away with it?

That being said, part of me was sad to see it go. It was so ugly and ridiculous that the unintentional comedy was off the scale. I've never actually been to the Cottage—it's a long flight from Seattle—but am planning a trip this spring. Not having the statue to take a picture of is going to be kind of sad.

T&C: Tea and Crumpets remains convinced the only good thing about Darren Bent, at least from a supporter's point of view, is he was born in Tooting. Aside from the obvious, it's a district in South London, and one can just about imagine a young Bent kicking the ball about Tooting Commons or daydreaming of making the cut at Tooting & Mitcham United. It isn't the kind of thing that helps when you're down a goal in stoppage time and counting on a rather poor striker to bail you out, but sometimes you just have to embrace what childish upside there is.

CC: Bent's already saved Fulham's bacon this year against Stoke, so he's already better than worthless to us. But really, when your previous strike force has been Bobby Zamora, Andy Johnson, Mladen Petric, and Pavel Pogrebnyak your opinion of what makes a good striker tends to shift. Of course a high percentage of Fulham fans started clamoring for Hugo Rodallega to get game time, so that should tell you all you need to know about Bent. Rodallega then had the audacity to tear his abductor, so that's that. Which means you'll probably get a big dose of Darren Bent on Saturday. You're welcome.

T&C: Human beings have been collecting honey for at least twice as long as there's been a planet to collect it on if you're inclined to ask a young Earth creationist how long there's been a planet with human beings on it to collect honey. Which isn't the sort of thing Tea and Crumpets is normally inclined to do. But still. Perspective. And beekeeping. Which, as with beer and aliens and so many other things life would be the poorer without, can be traced back to the Ancient Egyptians, who rather than simply collecting the honey from wild bees undertook their domestication. 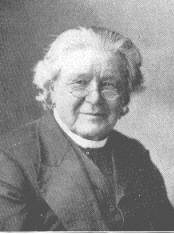 Despite those early efforts, it took more than two millennia for the understanding of bee biology to advance to the point it triggered the eventual development of the moveable comb hive by Lorenzo Lorraine Langstroth in the 18th century. His revolutionary hive design, widely used to this day, meant bee colonies could for the first time ever survive the harvest rather than being killed by it. More to the point, Tea and Crumpets still hasn't entirely forgiven the Cottagers for sending Roy Hodgson and Paul Konchesky north.

CC: You haven't forgiven us for Roy? How about you apologizing for taking him. A seventh place league finish? Runners up in the Europa League? Dour football be damned, there isn't a Fulham supporter alive who wouldn't take Roy back in a heart beat. It's not fair to take our nice things and then just throw them away. I think you owe me a beer and an apology. Or better yet a whiskey. Or maybe two. How many do I have to drink before I forget the last three Fulham games? That's how many you owe me.

T&C: The nefarious Khan may claim he's safe, but after being hammered by Manchester United, speculation Martin Jol is soon to go the way of Michael Jackson's statue has only, inevitably, increased. The question, then, is has he ever considered purchasing a white cat he can bring into the technical area with him, stroking it constantly and by doing so discomforting any nearby opponent with an allergy to pet dander? Does he perhaps even already own a white cat as would befit his Blofeldian countenance? 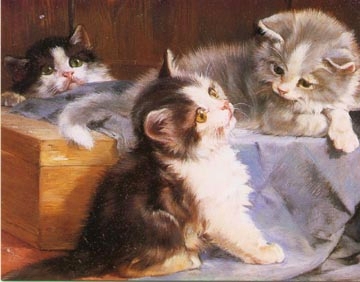 CC: At this point I'd rather have a team managed by Blofeld. That's saying a lot considering Blofeld built a lair in an active volcano—and seriously, who thinks that's a good idea?—and has his plans foiled by a man in this disguise. Seriously? That guy looks Japanese? Still, he'd have to have more tactical awareness than Jol. At this point, Jol would need an epic run of points to be back next year. The only question is does Khan keep him all year, or fire him after Christmas. If you'd like to have the comedic stylings of Jol's pressers stick around, perhaps you could donate three points this week?

T&C: And finally, because we know all our readers have been dying to learn the answer, just how brave is England's brave Scott Parker? And is he more brave, or less brave, since he moved to Fulham? Also, how many badgers has he bought since he got there?

CC: Scott Parker continues to patrol the skies of England in his Spitfire, on the look out for any Messerschmidts that may still be around. And for what it's worth, my wife's attraction to him did not lessen one bit even though he left her club. Though if he's going to bring in some badgers, may I suggest this one?

T&C: Can't say as that's my kind of badger, honey or otherwise, but then there's no accounting for taste, be it in footballers or commemorative statues. Still, Tea and Crumpets would like to wish Fulham the best of luck the rest of the way. Following Saturday, of course. And aside from when Liverpool make the trip to Craven Cottage in February, too, naturally. But outside of that, all the best of luck to Andrew, Martin, and any badgers Scott Parker may or may not own, and thanks to Cottagers Confidential for picking up the tab, even if they're only finding out about it just now.