Lucas and Jordan Henderson in Competition Ahead of the Weekend

With Steven Gerrard's spot in the midfield locked in for the foreseeable future, it looks to be a direct competition between Lucas and Jordan Henderson for the other midfield spot ahead of West Brom's visit to Anfield.

Share All sharing options for: Lucas and Jordan Henderson in Competition Ahead of the Weekend

We've spent a good amount of time discussing the role of Liverpool's captain this season; Steven Gerrard has been an ever-present under Brendan Rodgers, featuring for every minute of every match thus far in the 2013-2014 season. It's a trend continued from last season, when only injury prevented Gerrard from playing every minute of the Premier League campaign. Through thick and thin, Rodgers has stuck with his captain, and there's little to indicate that the manager is interested in shaking things up.

In the current system Rodgers has chosen, that leaves a spot for only one more central midfielder, and the picking is going to get a lot more difficult with Joe Allen entering the fray. To this point the front-runners are Lucas and Jordan Henderson--the former is the only holding midfielder in the squad and has shown signs that he's on his way back to his best, while the latter has impressed each time out in a variety of roles, with his tireless running and smart distribution a clear asset in the middle of the park.

Ahead of West Brom's visit there's little to separate the two, as Henderson has featured over the last two with Lucas suspended and then missing out for the birth of his daughter, and it'll be interesting to see how and with whom Rodgers decides to line up.

Luckily for him, we've been able to witness the competition between the pair this week, and some valuable insights have been gained regarding who has the upper hand. 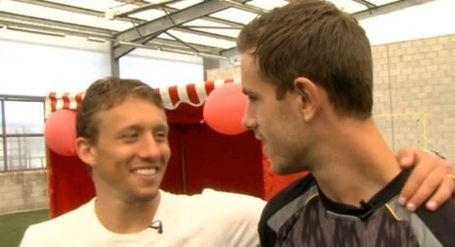 Luring the opposition into a false sense of security with flattery, Lucas is able to gain a mental edge prior to the start of the competition. Poor form from Jordan, allowing himself to be manipulated by the shiny smile and comforting shoulder rub of a hardened veteran. 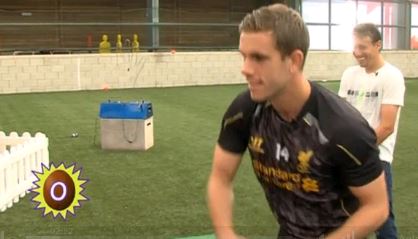 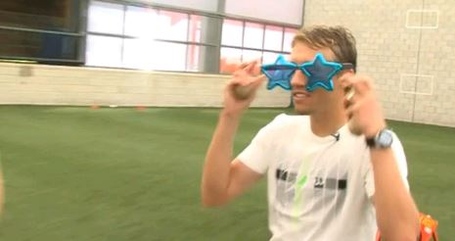 Lucas knows that luck has little to do with it. It's all about the confidence, which he has in spades. 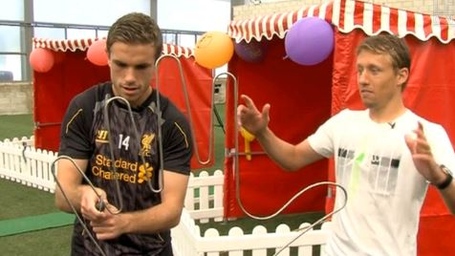 It's impossible not to notice Henderson's workrate--he's got the best engine in this Liverpool squad, and can regularly be seen sprinting the length of the pitch in the dying minutes of a match regardless of the scoreline. Unfortunately for him, he's also prone to doing too much, a fault Lucas easily exploits here.

5. Nobody can believe how bad Jordan is. 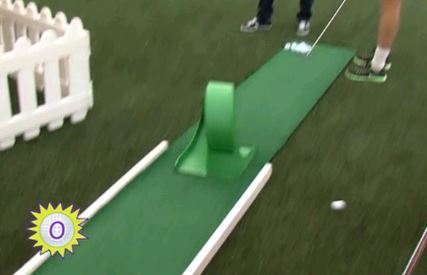 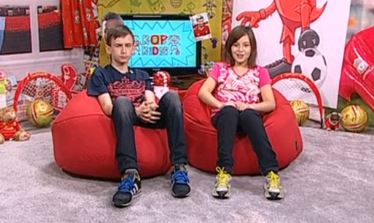 Not even this dangerously snarky future Northwest correspondent for The Daily Mail.

6. Lucas uses his surroundings to his advantage. 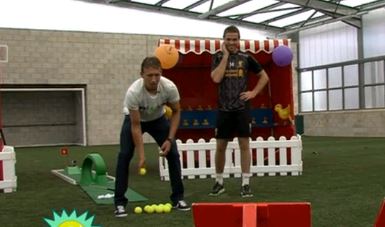 Where Jordan opts to get complicated yet again, Lucas understands that sometimes the less you do, the more you do.

7. Direct intimidation is all about timing. 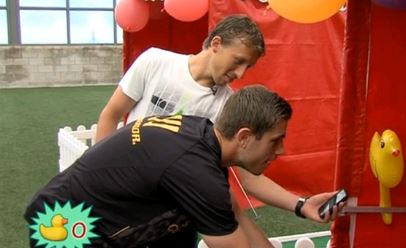 Playing the long con throughout the competition, Lucas senses the opportunity to deliver the killing stroke, and he does so with aplomb. Jordan is gifted a last-minute chance--albeit an unfair one--that Lucas is just not having, and he asserts his dominance with a bit of an in-your-face-and-how-do-you-do to wrap things up. 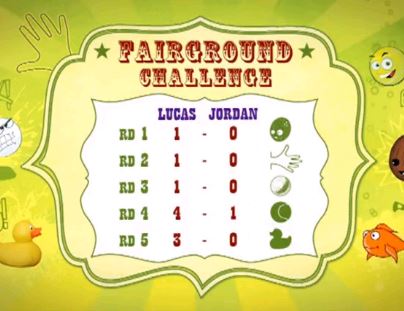 Oh dear, Jordan. Oh dear indeed. Spot on the line for the weekend, and it's a shocking effort from the promising young Englishman. Lucas resumes his partnership with Steven Gerrard, and Jordan is left to watch from the sidelines as Glen Johnson resumes normal service at right fullback/wingback.

Or, you know, Brendan Rodgers could deal in reality, pick his two best central defenders and stick with four at the back, play Lucas as the deepest central midfielder in a diamond with Gerrard and Henderson slightly more advanced and Luis Alberto as the point man charged with linking play for Luis Suarez and Daniel Sturridge up front. Carnival games are fun, putting out a functional midfield might be even better.

This seems like a good time to have comments back, so wahoo! Right now--with a few of our writers tending to other matters--we genuinely do not have the time or resources to moderate discussion that had, in our opinion, devolved into needless back and forth sniping across multiple threads this week rather than actual discussion. We're very proud of our community and want it to thrive, and we don't want to things to slip in the direction they seemed to be headed. This is a unique, vibrant, insightful, and funny community, and we want to keep it that way. Shutting things off for a bit was our way of tending both to ourselves and our commenters, and hopefully we can all push forward with a more respectful tone toward one another in the future. As always, please send any questions, comments, concerns, or Jordan Henderson GIFs (pleasepleaseplease) to liverpooloffside@gmail.com.