From the Archives: Rafa's English Revolution

Share All sharing options for: From the Archives: Rafa's English Revolution

The 2010-11 season ended on a high note, and much of the positivity came from a growing belief that after a series of radical changes the year before, the academy was finally heading in the right direction and a new generation of stars were in the making. Since then, arrivals like Joao Carlos Teixeira, Danny Ward, and Mark Pelosi have bolstered the existing talent at the u18 level, while former player Mike Marsh has taken over for Rodolfo Borrell after he moved up to managing the reserves along with many of the players who made up the core of the u18 side last season. Most of the reasons for positivity, though, remain—just a year older now and perhaps closer to breaking into the first team.

It hasn't all been boundless optimism in the interim, of course, as there was a reality check offered by an inconsistent NextGen Series campaign that showed that while club's academy may be on its way to reclaiming something of its former glory, it isn't quite there yet. Meanwhile in both Europe and the reserves league, some of the brightest prospects saw their development stall as expectations grew. Still, whether or not the likes of Andre Wisdom, Fernando Suso, and Raheem Sterling are ready to make the step up to the first team on a regular basis, it's impossible to argue that Liverpool's academy today isn't a class above the floundering state it found itself in even five years ago. And, as we first discussed in May of 2011 with "Rafa's English Revolution," that's almost entirely thanks to the former manager…

When I arrived the first thing Rafa told me was that the biggest interest is to try to develop English players. I agree—the best players to defend the Barca shirt are Catalan players, the best players to defend the Liverpool shirt are English players. The rest of the players who are not English, they must be massive, massive quality. We have to fight to make English players arrive. If in two or three years one of our players does make the first team, I think he will be English.

Christian Purslow wanted an English revolution to sweep away the Spanish one foisted on the club by Rafa Benitez. It would include the likes of Joe Cole and Paul Konchesky. It would satisfy the talking heads on Sky. It would be led by Roy Hodgson, recipient of a Manager of the Year award from his peers in the old boys' network. And it would label many of the foreign players brought in by Benitez as scapegoats, reasons to place alongside the departed manager and meant to highlight the club having taken a wrong turn somewhere along the line—at least as far as Purslow, much of the media, and those fans who chose to follow them saw it.

It didn't turn out the way he had hoped, of course, with the managing director departing in shame as the under-performance of his chosen manager and his chosen manager's chosen players only served to highlight many of the positives Benitez had previously brought to the job but which had largely been overlooked or taken for granted while he was still at the club. What did remain, though, even after Purslow's short-lived experiment was over, was a belief that for good or ill Liverpool had shed itself of its recent Spanish revolution and would now be able to embrace a more English future that looked to the successes of the 60s, 70s, and 80s for its framework.

In part this was because along with the return of Kenny Dalglish, the revitalized academy—suddenly stocked full of local youth along with a few key prospects from further afield—finally seemed on the verge of making meaningful contributions to the senior side again. However, even if this return to relevance signals the beginning of an English revolution of sorts, it is a revolution that owes its very existence to the club's departed Spanish manager and a pair of Spaniards he hired: Former Barcelona academy gurus Jose Segura and Rodolfo Borrell.

Benitez used the political capital earned by the 2008-09 season to push ahead in his battle to overhaul the broken youth system, and in doing so he made his position as manager far less secure, but in the end he got the changes he wanted—and then a year on he lost his job. The changes, though, remained, and as much as for a time the face of the club was that of Torres and Alonso and a cadre of Spanish, Portuguese, and Italian speaking players, this newly emerging, largely local youth movement at the academy level owes just as much to his work as all that existed in the years before he left. 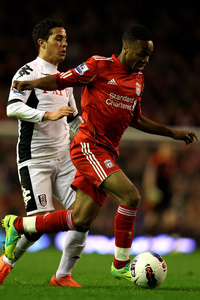 Now the academy is stocked full of promising names, players tantalizingly close to making a difference—and some who have already begun to do so. Conor Coady, Adam Morgan, Raheem Sterling, Michael Ngoo, and Andre Wisdom are all the buzz amongst those who follow the development of Liverpool's U18 team, and they are amongst the more than thirty Liverpool youth players from various levels who were called up to national squads during the most recent international break. Many went to various levels of the English set up, though there are still some foreign players of the "massive, massive quality" spoken of by Borrell who headed further afield, players like Spain's Fernando Suso and Portugal's Toni Silva.

There are also the slightly older prospects such as Jonjo Shelvey and Danny Wilson who may one day pay dividends, players brought in at the very end of Rafa's time at the club as nearly ready prospects who would count as local for FIFA's squad rules. There is also Martin Kelly, who of course got his first chances under Rafa, and Jay Spearing, one of the rare players who made it to the first team under the old system and was given his early chances by Benitez. Aside from those two, Stephen Warnock of Aston Villa is perhaps the only other name of note to have made it through in the very lean years following the emergence of players like Carragher, Owen, and Gerrard a decade earlier. Even now, though, with John Flanagan and Jack Robinson already emerging as older prospects who spent two vital years under the guidance of Borrell, Segura, and academy director Frank McParland, one already begins to see genuine results from the revitalised academy, and hopes for the futures of all the rest only grow because of that.

All these promising players represent a slowly shifting identity for the club, especially being brought through to the first team as they now are by Dalglish. But they also represent Rafa's final legacy. Their progress today is something he pushed constantly for over the years while Liverpool's depleted academy continued to turn out nothing of particular value save a few older prospects brought in nearly finished from abroad and on the cheep. All along, though, the short-sighted owners and a managing director he could never see eye to eye with fought against his proposed changes, seeing only a power-hungry man trying to take control of every aspect of the club.

That battle for control came to a head near the end of the 2008-09 season, with Benitez finally overcoming managing director Rick Parry and in the process gaining enough control to overhaul the academy he had been fighting to fix since his arrival. In doing so he used almost all of his remaining capital at the club, but with rumours swirling that he had an open invitation to manage Madrid and the club in the strongest position it had been on the pitch in the Premier League era, he finally got his way. He also, in the end, got Christian Purslow as his new managing director as part of the bargain. 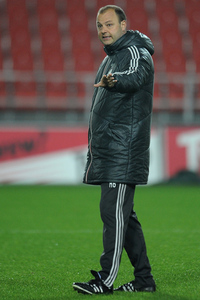 Still, for a short time two years ago in May of 2009, Rafa Benitez had won. He always knew the only realistic way to compete over the longer term, to stand toe to toe with the likes of Manchester United and Chelsea, was by having a strong academy. The club needed the ability to produce top-level talent that would count as locally trained, allowing the manager to spend what money he did have going after more affordable foreign players to supplement that youth with experience and added talent. He installed Frank McParland as academy director. He brought in Jose Segura and Rodolfo Borrell, men whose previous job had been to bring Barcelona's golden generation of Messi and Xavi and Iniesta and Pique through the La Masia academy, to be technical director and U18 coach respectively. And he also brought Kenny Dalglish back to the club to work with the academy in an ambassadorial role, something Dalglish has often talked about:

"Rafa put the structure in place over a year ago, bringing in Pep Segura and Rodolfo Borrell, and Frank MacParland going down there for recruitment. Since then, what they have done has been brilliant."

And it has been brilliant. Or at least it appears poised to be so, and only two short years after being put into place. A new academy to produce top quality local talent that obviates the need to overpay for British players from other clubs and also serves to strengthen the local identity of the club and the connection of its players to it. In any case, whatever you want to call this particular revolution—this shift in identity—it's impossible to avoid that owes its very existence to a man some still seek to vilify and marginalise. Whether it's right to call it an English revolution as some observers have is not yet entirely clear. What is is that it's Rafa's revolution, even if it now falls to others to finish the job.

It would be no small irony, too, if one day a revitalised English national side were to find as its core a group of players who grew up in that new Liverpool system, one installed by Rafa Benitez even while the London press pushed for his departure, the fruits of a revolution he wanted for the club all along and one that in the end cost him his job.