Five Storylines to Follow on "Our Liverpool: Never Walk Alone"

News broke yesterday that Liverpool would be the first club in world football to be the subject of a behind-the-scenes documentary, and there's bound to be endless curiosity about what we'll actually learn about a club that's rediscovered a sense of privacy since the return of Kenny Dalglish. With filming starting at the end of this season and continuing on into the start of the next campaign, there's plenty to look forward to, including closed captioning any time Jamie Carragher manages to find himself in front of a camera.

1) The Corruption of Sebastian Coates 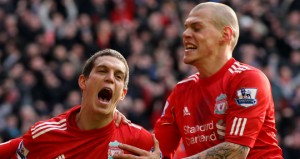 The young Uruguayan is seemingly on-track when it comes to matching (and possibly surpassing) Martin Skrtel and Daniel Agger in the talent department, but he's severely lacking in terms of dangerousness, shouting of profanities, and ink. The summer months will see Coates interning at Agger's favorite tattoo parlor and running amongst wolves with Skrtel in the wilds of Slovakia, and by the time he returns to Anfield he'll be in pole position to haze Danny Wilson when he returns from loan. 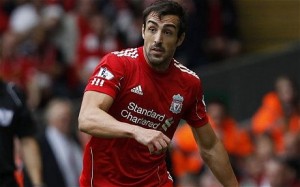 As disappointing as he's been while forced into more frequent action than is fair to be expected, Jose Enrique's been able to maintain an admirable display of bicep veins despite dipping temperatures and form. In recent weeks they've been oppressed by the shackles of long-sleeved training shirts, but we know there's something intimidatingly bulky lurking beneath the surface. For those of us with plenty of sleeve room in a child's size medium, the concept of muscles is as alien as a £70K per week contract, so an extended view of the left-back's workout regimen would be required viewing.

3) Jordan Henderson Coming to Terms with His Compulsive Checking Behavior 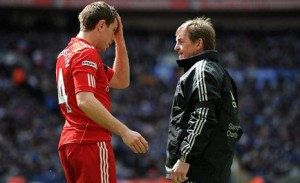 I like Jordan Henderson quite a bit, and when given the opportunity to feature in central midfield he's been terrific. But it's clear that the constant grooming of his Hitler Youth haircut is almost as bad for his career as the constant shunting to the wide areas of the midfield. Liverpool aren't an exceptionally well-coiffed team, and it's nice that he takes so much pride in his appearance, but there's an intervention on the horizon for a man who's probably a few weeks away from forcing a side-part with his palm while in possession in the opposition half. 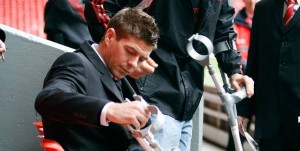 Jason Street may have failed in his journey to Mexico in search of an experimental treatment for paralysis of his lower half, but we all know that's only because Tim Riggins talked him out of it. Steven Gerrard needs to head to Tijuana to have shark blood directly injected into his wonky groindong, and bonus points if the producers choose some angsty Explosions in the Sky while Jamie Carragher sits Steven down to try to convince him that it's not worth it. DON'T LISTEN TO HIM. 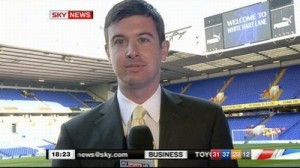 Kenny Dalglish's feelings for the media vacillate somewhere between run-of-the-mill contempt and murderous rage, and a camping trip for he and a couple of Sky's most polished pundits would be riveting stuff. Burton and Dalglish have enough of a history, and Shreeves was more than happy to villainize himself in the wake of Chelsea's semi-final victory over Barcelona. Worth watching if only for the moment that Dalglish emulates Ron Swanson after Burton offers him his choice of German muffins.