Appealing For Calm, Getting Prepped, and Other Wednesday Notes

Share All sharing options for: Appealing For Calm, Getting Prepped, and Other Wednesday Notes 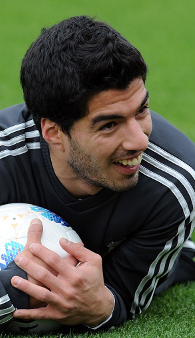 Plenty to talk about today---having something to actually discuss might take some getting used to, but it's a welcomed change as the action picks up, both for Liverpool and our sliver of the internet around here.

The Thursday news and notes:

* Noel mentioned the cancellation of the England v. Holland friendly earlier today, and yesterday the discussion about the riots' impact on this weekend's opening fixtures started to gain momentum. League Cup fixtures between sides in the lower leagues were already postponed, and the Premier League has started discussions about the potential of matches being rescheduled so as to avoid any further incident, particularly in the capital. From Greg Clarke, chairman of the Football League:

"Our priority is to make sure the police are out there dealing with unrest on the streets. We want to keep our games going ahead but that is a secondary priority. If they need to move police away from football games, we will cancel those football games."

That it's a necessary conversation is discouraging enough, but as Clarke notes in further detail, there's nothing uniform about the discussions taking place, and the hope is that things have settled down to the point that the safety of everyone, not just those involved in a football match, can be accounted for. Last night unfortunately saw violence spread throughout the country, with three men losing their lives in Birmingham and damage done in Manchester, Nottingham, and Liverpool.

For their part, the club and its personnel have joined the many voices condemning the actions of those involved in the rioting, issuing statements calling for peace and unity for the well-being of the city. Kenny Dalglish, Steven Gerrard, Jamie Carragher, and Glen Johnson have combined with an Everton collective in their efforts, and, whether or not it has an impact, hopefully it contributes in some way to an overall restoration of order. And as usual when real life brushes up against sport, it's a wake-up call to the broader sociocultural concerns that are present regardless of how much attention we choose to give them.

* Thankfully there's also room for the football today, which is chalk full of miscellaneous notes about players returning to action and getting themselves ready for Sunderland on Saturday. Yesterday saw the return of everyone's favorite Uruguayan world-beater, who's likely wormed his way into the conversation for the weekend despite only finishing up with international duty a few weeks ago. For all the talk about who fits where and how, Suarez is one of only a few names in the squad that's nailed-on, and when he's ready he'll play. The only real discussion is about what's best served in the short- and long-term; no doubt we'd all love to see him scorching Anton Ferdinand and Titus Bramble this weekend, but I'd guess we're also looking forward to him being healthy for a full season.

Liverpool's other Copa America representative has already made a semi-competitive appearance---Lucas played the second half of the 2-0 win over Valencia, making an immediate impact in central midfield and picking up where he left off in May. He's intent on more of the same for Saturday, speaking with the official site about his readiness for the new season:

"I'm fit. I didn't have a full holiday and was training with the national team, so it won't be a problem for me to be available for Saturday. I am really excited to be back and really looking forward to the new season. We're in a good mood at the moment and hopefully we'll start well on Saturday."

It's a similar discussion as the one with Suarez, although Lucas had a bit more rest, and his fitness is a better-known commodity---he's featured in around 40 matches each of the last two seasons (41 and 39, respectively, and depending on Soccernet's accuracy), missing primarily through suspension. That doesn't mean he's not susceptible, though, as this is the first year that he's been a consistent first-teamer for Brazil, which leaves him poised to log a significant number of minutes over the past year. But, like Suarez, if he's fit he should play, so let's hope he's accurate and we get more of the same.

* Lastly, the common thread for most of the pre-Sunderland discussions is Kenny Dalglish, who's covered ground both physically---he just returned from a brief visit to Northern Ireland for charity---and verbally, touching on the reception he expects for Jordan Henderson, as well as the prospect of Andy Carroll finally appearing in a Liverpool shirt while fully fit. The former doesn't need much elaboration, as Henderson's been nothing but class in his conversations about leaving the club he grew up supporting.

More interesting are the statements about Carroll, who seems to have gathered just as many naysayers as he has supporters despite only really playing a handful of matches for the club. Obviously his social reputation contributes to the perception, as does the weight of the transfer fee, but it's worth reminding ourselves that we still haven't really seen him on top fitness (and subsequently top form). While we've had brief glimpses here and there, most notably the display against City at Anfield, we're all left wanting more regardless of how you view him. And, barring the potential for it all to just be lip service, you get the sense he'll have the chance to provide that on a more consistent basis in the coming season.

That's it for a relatively packed Wednesday, and from here on out you can expect regular service to increase. Noel will again be handling a majority of the non-match content with me chipping in here and there, and I'll be responsible for match coverage with Noel providing the assist for midweek matches that I'm unable to catch. As always, the plan is to provide as much quality as possible as things continue to grow and progress around here, and we're certainly grateful for the contributions and insight that you all provide on a regular basis. Just stop correcting us.

Anyhow, as you wait for some season preview type business, including Noel's post over at SBNation, reminisce about the last time these two teams met, topped with one of the goals of last season: