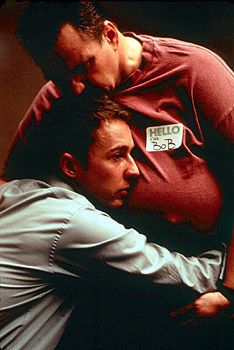 **This weekend's guest post comes to us from Trevor, who's been posting as redtrev73 for most of the season gone by. He discusses the trials and tribulations of past few seasons, the difficulties one experiences during the transfer window, and how it's possible to maintain cohesion as supporters of Liverpool through it all. You direct any questions to Trevor at downeytrev@yahoo.ie, and any queries about writing a guest post of your own to liverpooloffside@hotmail.com.**

Hypothetical scenarios. My little brain is overloaded to a dangerous level with hypothetical bloody scenarios. If Kenny this, then Comolli that. If Alberto Aquilani that, then surely to god Steven Gerrard this. Endless discussion about what may or may not be is the frustrating essence of our existence as football fans. At least during the season we have the relief of debating what actually did happen in the previous match or season-to-date. It's much more edifying to argue the toss over, say, Martin Skrtel's latest bambi-esque display than it is to ponder whether or not a possible transfer target might have a detrimental effect on a potential system the manager might employ. That way madness lies.

This particular June - August stretch in close-season chokey is a particularly torturous one for us Redmen given the seismic shifts that have occurred 'round L4 in the last couple of years. Our nerve-endings are in an abject state of disrepair following the hideously protracted and Machiavellian ownership saga, the dismissal of a generally beloved manager, the unfortunate tenure of a not-so-beloved successor and the scarcely endurable ecstasy following the return of The King.

As a result, all manner of anxious, hysterical and overly-heated online exchanges over potential transfer activity is hugely understandable. We, as LFC fans, are the classic 'over-tired' and emotionally ragged toddler of the football world. Don't kid yourself that you're ok...you're NOT. If you love this club at all, you have been wounded by what has befallen it, and despite the healing balm of Dalglish's presence, us supporters are a damaged lot. This is not Dr. Phil-lite psychobabble. This, as a certain rotund, flawed genius might assert, is fact. So, may I call for a little calm as we reflect on the tremendous 'rightness' that has returned to Liverpool Football Club? Let's breathe a little deeper and easier and turn down the pressure on our Charlie Adam-addled minds. Life is good, the best it's been for a long time.

This is not a kind of blind In-Rafa-We-Trust faith transferred to Kenny, but rather a logical and evidence-based belief that our great club is beginning to heal itself. As a man who was lucky enough to witness the tail-end of Dalglish's playing days I will openly admit to a child-like glee at his mere presence, and a propensity to believe he can do no wrong (Chris's excellent article looks at the problem this kind of blind-faith presents).

However, beyond the fan-boy trust there is ample statistical proof that my positivity is warranted. Results improved tremendously, a style of play emerged, youth flourished and dignity was restored. Oh, and once again, none of us, especially the media, have a clue what's going on in the boardroom. These are good things. As for FSG, well, let's not throw garlands at them just yet, (as some Redmen did so readily and fawningly for Tom Hicks and George Gillett). We all await the outcome of the current window and the final word on the stadium with a certain level of wariness, but so far I like what I see, despite every cynical impulse telling me to withold approval. However, if we are to fully revel in our newfound calm and optimism we need to properly understand the context for it.

The backdrop to all this navel-gazing introspection is two seasons of chronic underachievement. With the glaring exception of the Dalglish-led renaissance since January, the last two campaigns have been dire as our club began to buckle under the strain of civil war and budget-starvation. With the obvious exceptions of the true horrors of Heysel and Hillsborough this has been the worst period of my 30 years following the Reds. The Graeme Souness-blighted early-nineties were dark times for sure after gorging on 20 years of success, as were the final two years of Gerard Houllier's reign. Yet those were halcyon days indeed by comparison with '09/'10 and '10/'11. Make no mistake, Liverpool Football Club as we know it almost died. Finished. Over.

The unholy mess created by the naked greed, treachery and duplicitousness of Texas Tom and Curious George had our beloved club very close to the brink. The embattled Rafa Benitez had restored LFC to its previous status as a European super-power, but in the background there were increasingly fractious relations as Anfield was riven by poisonous internal dispute. Benitez played politics with the best of them and took his eye off the ball for sure but his position was made untenable as he lost the hearts and minds of many in the dressing room, on the terraces, and in the boardroom (the London-based media had never warmed to his 'Johnny Foreigner' idiosyncrasies).

We tried to embrace Roy Hodgson as we longed for Martin Broughton, Christian Purslow and Ian Ayre to wrest the club from the detested parasites. Small mercies like discovering The Liverpool Offside kept me vaguely sane as ritual humiliation and frustration became the norm under Hodgson's bumbling guidance. He was Teflon-coated, though, and enjoyed a free-ride from his buddies like Andy Gray and Martin Samuel. He simply threw everyone else under the bus as, for the first time in my life as a Redman, we were genuine relegation fodder. Think about that.

And then, when, like Popeye, we could "stands no more", the clouds broke and John Henry brought back The King. There followed a transfer window that was pure football porn. Sky News, that most wretched of persecutors over the previous 18 months, suddenly became compulsory viewing. Records were smashed, Babel 'copters launched and Liverpool were linked with everyone. Suarez lands! Carroll's in on deadline day! Clarkey's on board! Charlie Adam....well, let's just leave that one. We didn't even care that Fernando Torres left so reprehensibly. This was fuckin' GREAT!! Things went so well that some fans even felt deflated that we didn't clinch a Champion's League spot. That's how nuts we all got as LFC fans.

Which takes me back to the central point of my meanderings---our combined mental health as shaken-up Redmen. Let's all cling on to the metaphorical Meatloaf/Bob in this figurative 'Remaining Redmen Together' support-group and just hug-it-out. We've just emerged from a dysfunctional and damaging relationship. We're still paranoid about everything. Some of us have even questioned the motivation of the one man you can be sure loves LFC more than even you do---Kenneth Mathieson Dalglish.

Don't hack the back off a fellow Red just because he thinks Downing at 19 million would be an astute piece of business. Give the poor deluded bastard a break. He's been through the wringer, just like you. Everything has changed but Liverpool Football Club remains and for the first time in a VERY long time we can all hope without fear. Just hope, and enjoy the ride, Redmen.