Player Spotting on the First Day Back

Share All sharing options for: Player Spotting on the First Day Back

With the European Championships in 2008, the Confederations Cup in 2009, and the World Cup last year, in recent seasons the first day of pre-season training has been largely a mish-mash of kids and older fringe players. All of which made it rather easy to overlook the first signs of a new season approaching. This year, however, with a relatively small group of first-team players off representing their countries, there was actually something like a proper Liverpool first eleven on display at Melwood.

And when it comes to transfer drama, at least one player many thought would never end up back at Liverpool was in training today: Alberto Aquilani (below left). He may be wearing number 36, what with Raul Meireles is still quite obviously training with the team—and still looking as though he could use a sandwich or seven—but he's back. 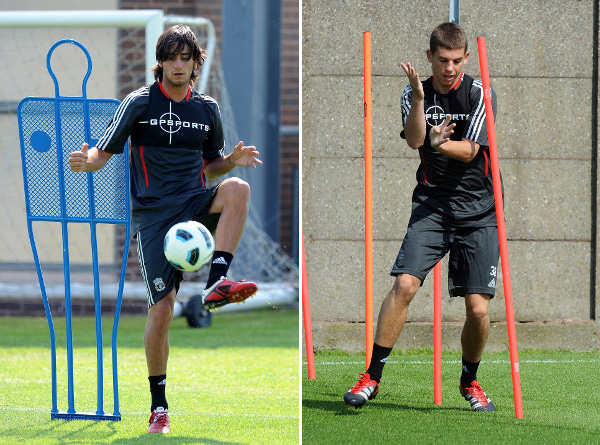 Along with some faces popping up wearing Liverpool gear for the first time in a long time, there were a few players with minor injury concerns who were fit enough to partake in light training—including John Flanagan (above right), who missed out on participating with the England u19 side earlier in the summer but was healthy enough to put his interpretive dance courses to good use today.

Daniel Agger (right) appears fit and ready to go, too, sporting a new haircut and at least one new tattoo. Though knowing Agger, there are probably a few other new spots of ink that will be revealed over the coming weeks. Now I just have to remember if the last time he sported a mohawk was that one year when he was unusually healthy or that one year when he was even more injured than normal. But I'm fairly sure it was one or the other. So it might be a good omen. Unless it isn't.

Elsewhere when you go digging through the full sets on LFCtv, you'll find that Dani Wilson is not (yet) on loan back at Rangers, and David N'Gog has not (yet) completed a move to Sunderland. You'll also spot that Paul Konchesky's bald head has returned from loan if you pay close attention, though Milan Jovanovic is nowhere to be seen and despite not taking part in the Copa America like Lucas or Suarez or having a notable injury he's recovering from like Steven Gerrard, Maxi Rodriguez is missing.

Which is either just the roll of the dice and he's somewhere off-frame, or it's a significant bit of information and he's already gone. One or the other. 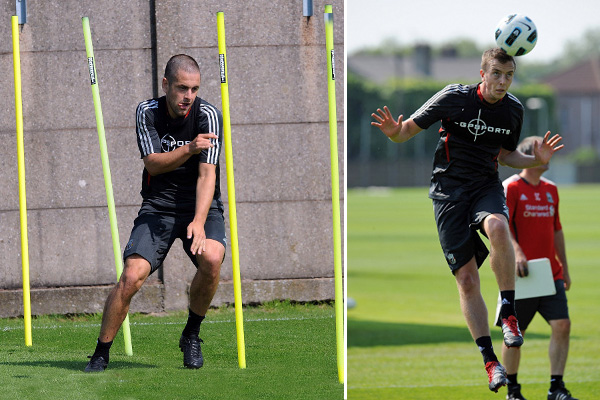 Meanwhile Joe Cole is still Joe Cole (above left), working as hard as ever for his pay packet and looking like his tongue has swollen out of his mouth from effort and possibly dehydration. Poulsen also remains a Liverpool player, and though his hair is still a touch longer than average, it appears he has trimmed the only thing he had going for him. Somewhere, an alice band weeps softly.

All of which might not add up to a heck of a lot. Except that football's back—or at least the first signs of it are. And that has to count for something. Also, nobody takes a good picture while heading a football. Something Danny Wilson (above right) reminded us of shortly after his return from a summer of train spotting.