Kenny on Istanbul, Zavaglia Can't Shut Up, and Other Friday Notes

Share All sharing options for: Kenny on Istanbul, Zavaglia Can't Shut Up, and Other Friday Notes 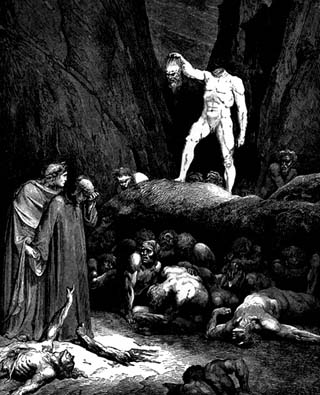 Depending on who you talk to, yesterday was either the first sign of the apocalypse or the equivalent of crashing your bike into a mountain of marshmallows. It was the worst result possible and an indication that Liverpool will once again be trolling the depths of the Premier League, or mostly just a result of fielding an overmatched squad against a quality opponent in a difficult environment. Time for a complete overhaul of personnel at the helm and on the pitch, or another reminder of the basic need to offload in some areas and strengthen in others.

Reality's somewhere in between, but if you're not pissing someone off with a wildly divisive opinion, what's the point? Yesterday's better left locked away in the annals of things related to Liverpool that you'd rather not talk about, like Djimi Traore, Northampton Town, and those Fernando Torres posters you had (or still have, sadist) hanging above your bed.

Today's a new day! Monday will be better! There's not much to talk about today so I'm just wasting space!

* But yeah, we can't let you forget about yesterday quite yet, as there's a bit of reflection on the part of Kenny Dalglish to rehash. The boss on the result, who was involved, and what happens from here:

"I think they looked a bit sharper than us at the start of the game. It was the same as at the weekend in that we played a lot better in the second half than we did in the first half. But the players worked hard and they'll benefit from the effort they put in. It won't do us any harm for the season ahead, but we've got to get ourselves a bit sharper, a bit more clued up and lively when we're not in possession of the ball.

"I think the benefit is it's another game. They looked a bit sharper than us and are maybe a wee bit ahead of us. Their season was due to start but I think it's been put back for a number of days. We've just got to get ourselves street-wise on the pitch and get up to speed with our thoughts when we're not in possession of the ball. August 13 is a big day for us when the season starts, and we'd like to think this will stand us in good stead getting towards that date.

"It's pre-season. We've another game on Monday and we've got to pick another team. We'll have people back who weren't eligible for this game. For the young boys who played it will have been a great experience for them, and for the players who played it will be good for fitness. We don't want to lose a game, but we've got two games in four days and a long trip home tonight, so we had to take that into consideration when we were picking the team - and we'll also take it into consideration when we pick the team on Monday."

If you're firmly planted in that camp that viewed yesterday as cue to panic, there's little that reading Dalglish's thoughts will change. If you're less inclined to set your hair on fire and run screaming into a wall, it's confirmation that there's more than a few tea cups being balanced as the club gets nearer to the August 13th kickoff date. Two friendlies in four days on opposite ends of the continent makes a bit of triage necessary, and while it doesn't explain away the fact that his starting eleven was doomed from the opening whistle, there is allowance for the fact that the preseason fixture list could have been scheduled a little less ambitiously.

It does create a bit of urgency and expectation around what we get Monday, though---a few of you have already outlined the names we'd hope to see, and the link above lists Henderson, Downing, Adam, Carragher, and Agger as those who stayed back to "prepare" for the Valerenga match on Monday. That's possibly the time that we finally get a lengthier taste of what will more closely resemble Liverpool's actual starting eleven, and, in combination with the Valencia friendly at Anfield next Saturday, hopefully enough time for the first team to develop enough cohesion to hit the ground running against Sunderland.

* Shifting from ground level to someone who operates somewhere closer to the outer reaches of the mesosphere, Franco Zavaglia, agent to oft-moving but still in the same place Alberto Aquilani, again found himself in front of someone with an audiorecorder and a functioning internet connection, this time to talk about the need for the midfielder to secure a permanent deal away from Liverpool:

“After finding out that he’s not in favour with Liverpool, Alberto would prefer a permanent solution rather than just be part of a loan. We want to find a solution so that next year the current situation will not reoccur again. The player wants to come to Italy on a definite transfer. I met (Fiorentina sporting director) Pantaleo Corvino and the club must think about it. There is a 50% chance that my client will transfer to Florence. We’re still waiting to see what will happen.”

At this point a permanent deal would be far preferable to what's been discussed previously in terms of a loan deal, in which Liverpool would still be responsible for wages and would essentially be in the same spot as last year, just worse off. None of that is to imply that I'd rather see Aquilani leave than stay; it's well-documented around here that we think he could have a positive impact on the squad (and still might have the chance to), but with something different being discussed every day, a move back to Italy via his agent's rocketpack wouldn't be surprising. And at that point, hopefully we never have to hear from Zavaglia again.

That's it before the weekend, which at the very least will include a Sunday preview for Monday night's visit to Norway. In the meantime, you can fritter away the hours putting your extensive domino and miniature wooden ramp collection to work on the four pool tables you have set up in the garage: