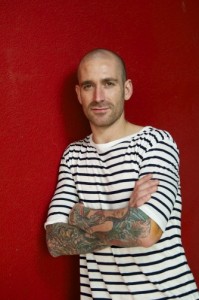 If you've been hanging around here lately, you know that we haven't reacted very strongly to rumors of Raul Meireles' departure, or the talk that the signings of Jordan Henderson and Charlie Adam mean Liverpool will have a completely new look midfield. We've taken the middle road---not gotten too high, not gotten too low. Players will come, and players will go, even if they've been good for Liverpool. It is what it is.

Oh, none of that's true? And "it is what it is" is just an wordy way of trying to look smart but actually saying nothing? Huh.

* Last week there was a brief scuttlebutt on Twitter that added another twist to the Raul Meireles exit saga---Rory Smith of the Telegraph tweeted that Meireles was to be left out of the squad that traveled to Asia for the preseason tour, and that a deal for the player was likely in the works. We didn't really do much with it, as even though Smith is one of the more respectable journalists around, there was still nothing to talk about other than speculation. And of course, none of that really happened.

Meireles ended up going to China with the club, Smith got a little emo and told us that we don't know what it's like, and the part of the story that actually matters is that apparently the player has expressed his desire to stay at Liverpool this season:

On the club's pre-season tour of China, when asked if he would still be a Liverpool player this coming season, he replied: "Of course."

Meireles has also been troubled by an ankle problem, but he says he is on the mend, adding: "I have a little problem with my ankle, but I've start training today. It's a little problem."

It would be lovely if that meant that he'd be with Liverpool for sure, but as we know, football's just as much business as it is pleasure nowadays, and it is what it is. I don't know that there was ever any question as to whether or not Meireles wanted to stay at Liverpool---he said as much back in May when reports of his hopes to renew were released, and despite what you might read, he's still among the better midfielders in the squad.

I guess we still don't really know if the story has legs or not; if Rory Smith's got a source and Meireles is answering questions about it there's something to it. Or, as with everything in the transfer window, there's not really any point to any of it, and I've just wasted more space talking about it. Terrific!

* Moving to a bald player that everyone's decidedly less anxious to see stay at the club, Paul Konchesky is taking his talents to the East Midlands and Leicester City, who are in the midst of a Sven-Goran Eriksson "revolution." This should end well.

We don't really need to review Konchesky's time at Liverpool, as he was a resounding failure and people that make match compilations typically don't focus on defenders getting run past on every possession. His time with the club was made a bit more difficult by a vociferous and possibly intoxicated social networking mother, who managed to offend Liverpool supporters before the new year turned. He joined Nottingham Forest on loan for the rest of the season and saw regular playing time at left back, and while he was with the club for the first week of training at Melwood, it appears that his Liverpool time is close to an end.

So good luck, too bad it didn't work out, it is what it is.

* On a final note, preseason action got underway for both the reserves and the U18s today; new man in charge Rodolfo Borrell oversaw a 4-4 draw with Brentford, in which Suso, Nabil El Zhar(!), Nathan Eccleston, and Michael Ngoo all scored. Given Borrell's frank and matter-of-fact assessments of his squad's performances in the past, I'd guess he's not too pleased with allowing four, particularly when they led on two different occasions. But good to see them getting underway, and always nice to know that an alienated first-team player is still alive. Better day for the U18s, who won 6-1.

For the first time in the new season, we'll put out a reminder that a Liverpool match can be watched live---the official site will be carrying coverage if you're an eseason Ticket subscriber, and there's apparently a few media outlets televising the matches as well. I've heard that Fox Soccer Plus will have the match stateside and ESPNUK will have it in...the UK, but as with anything I've ever typed, that's likely a lie. Either way, there's a very good chance that you'll be able to catch the match somehow, and we'll have some half-assed coverage of our own for you to enjoy. Kickoff from Guangzhou is 1300 GMT and 9:00am EST.

Nothing to do now but count down the hours until the first match of the new season, so in the meantime you can practice your chicken dance. Just not if you're in Mexico: