Spain Wins Everything, England Moves On, and Other Monday Notes

Share All sharing options for: Spain Wins Everything, England Moves On, and Other Monday Notes 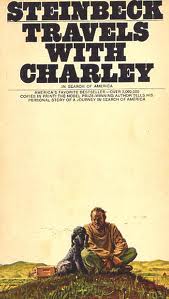 So Monday's here and Charlie Adam's not, but he also might be, or at least he's having the world's longest medical at Melwood. Either way it's a continual failure for people who think they know something and don't, and are so content to continue to disregard reality and push back what they thought was happening yesterday but is actually happening tomorrow that they're really gonna show you once he arrives. All signs point to these folks eventually being right, which I'm sure they'll view as a vindication of sorts, but I'd caution you to never forget the fact that for weeks they were full of shit. Being right about something that's become so obvious after actually being wrong more than you were right doesn't mean you were always right, it means you were mostly wrong.

But, at the some time I'm invested in the wrongness of all this because these are the same people announcing the imminent exit of Raul Meireles, and I've got an unhealthy level of emotion wrapped up in him sticking around for awhile. Selling him off because of a contract dispute doesn't make much sense, as he's someone who makes the squad much better and likely deserves an increase from a reportedly lowish weekly wage. Not low in the "99% of the rest of the world" sense, but low in the "making £60,000 less than Joe Cole" sense.

* We've payed varying levels of attention to the various international competitions lately, and we saw the first final of the summer over the weekend as Spain asserted their dominance at every level with a 2-0 win over Switzerland in the U21 Euro final. Perpetual object of lust Juan Mata continued his high level of play and smartly switched play as part of the move for Spain's opener and the eventual winner, and Thiago capped things off with a late free kick from forty-odd yards. Another deserved trophy for a nation who's churning out a scary amount of talent.

Sadly the links with Mata have died down of late, with Arsenal displacing Liverpool as the English club most likely to have their hopes dashed late in the summer. The North London club have apparently bid £18m for the Spanish forward/winger/demigod, which breaks records for clubs that haven't yet gotten caught up the ridiculousness of bidding on young English talent.

* From hopeful young Liverpool players to actual young Liverpool players---the English youngsters progressed to the knockout stages of the U17 World Cup in Mexico atop Group C after a 2-0 win over fellow qualifiers Uruguay. There was considerable less Liverpool involvement in the final group stage match, with Raheem Sterling, Adam Morgan, Matty Regan, and Jack Dunn all starting on the bench, with only Dunn making a substitute appearance. Brad Smith made his return after missing out through injury against Canada and played a full ninety, and Nathaniel Chalobah (Chelsea) and Max Clayton (Crewe Alexandra) notched the goals that sealed the group victory for England.

We should see a return to normal service for Liverpool's youngsters in the match with Argentina on Thursday, as Sterling's been England's best by a longshot, and each of Morgan, Regan, Dunn, and Smith have featured in two of the three matches. In a summer that saw the U21s fail so miserably, the success of the younger boys has to be encouraging; it's not just that they progressed past the group stages as expected, but that they've put together something resembling football for most of their time in Mexico. So it's encouraging at least until Stuart Pearce gets a hold of them, when the hoofs start flying and central midfields are bypassed with frightening regularity.

* And lastly, while we're keeping hope alive that Daniel Agger will make it to the end of August fully fit, it's nice to hear the Dane speaking positively about the brand of football he sees Liverpool turning out under the guidance of Kenny Dalglish and Steve Clarke:

"I like Kenny's playing style and I think it suits Liverpool. It suits the football club and it suits the fans. I was really happy he and Steve Clarke signed their deals. Steve has made a big, big impact and he is really good. I can't say enough good things about him. Kenny suits this club. He knows everything about it, and the fans know him. It's positive for the future.

"There is a big difference. It is a different way of playing football. The training sessions are enjoyable. People talk about confidence and it is such a big thing in football because it can change from one day to another. The main change is about being positive. Playing positive football and that's the biggest difference."

I've just as much love for Agger as anyone else, but I'd be remiss if I didn't point some similar quotes at the beginning of last season. But that was also before Liverpool started fighting out hard-earned losses at home to Wolves and Blackpool, and Agger changed his tune even before the calamitous results turned to pot. As usual with Agger, though, the conversation doesn't really need to be about anything other than his fitness, which has conspired against him far too many times to worry about whether or not he finds the training ground to be an enjoyable place. Liverpool need him fit and are a far better side when he is, and if he's able to hit the ground running (or at all) in the 2011-2012 campaign we've got reason to be optimistic.

That wraps up another slow Monday that we'll likely all spend awaiting the imminent arrival of Charlie Adam, so keep your eyes on the Twitter for all the inside news that isn't true. And thanks again to Matt/LucasLeiva21, who was responsible for our guest post over the weekend. Three weeks running we've had excellent contributions, which makes the dull days of summer much more manageable.

Back tomorrow to report news of Charlie Adam's signing before I turn the wheel back over to Noel midweek, so in the meantime you can rethink your strategy to use your backpack as a tee on the cliffside: