Nothing's Happening, So Watch These Videos

Share All sharing options for: Nothing's Happening, So Watch These Videos 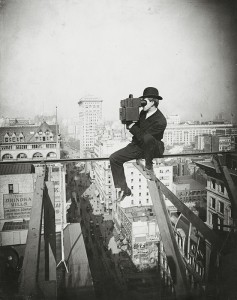 I'm greatly appreciative of those who found yesterday's post worthwhile despite the lack of anything happening that anyone actually cares about---as I mentioned, trying to find news and/or inspiration on a daily basis during the summer months is absolutely maddening, especially when you're trying to find news that isn't a rumor that makes you want to stab someone. So yeah, nice to get good feedback on yesterday's post.

But if there was nothing going on yesterday, today is positively stagnant, with little to look forward to other than Noel mowing people down on Twitter. I could probably put together another rant about Raul Meireles and the idiots that think he should be should, but I'm tired of that and tired of them and we've covered that ground plenty. Besides that, the news that Alberto Aquilani's likely headed back, and that Charlie Adam, his receding hairline, bulging waistline, and dragon-slaying left foot are arriving soon for real, there's nothing I'm particularly fond of covering.

So, like any good blogger, I'm going to punt and put up lots of moving pictures. Since Noel started the trend a while back, we've tried to make a point of including videos along with posts that allow for it, and while none could ever top the break-dancing gorilla from yesterday, I figured now's as good a time as any to eat up some space with things that don't require any real work on my part. Never question my commitment.

There's actually a really cool Steven Gerrard Greatest Goals Compilation that was just released earlier this week, but the mother-Poulsens that put it together disabled embedding, rendering it useless for the sake of my time-wasting project here. But really that was the impetus for me to post this one, which was essentially one of my gateways into following Liverpool. I watched this video countless times, to the point that I had (and still have) the commentary memorized.

Nolan Roux is one of the more recent names to be linked with Liverpool---earlier in the week the club put in an offer for the young Frenchman, but then everyone said "just kidding." The only thing that really came out of the story was that he'd be a not-terrible signing, as he fits the bill of what Liverpool might be looking for up front and could potentially have an impact much sooner than some might think. There was also talk about him looking like Fernando Torres, but I consulted with my wife, who's a 2007-2010 Fernando Torres Expert, and she expressly denies any similarities.

The Gold Cup is one of the three international competitions going right now, and while I can't say that it's been the most captivating, Saturday's matchup between the USA and Mexico is one that almost always delivers on some level. Last time they met in a Gold Cup final it delivered on the "complete asskicking" level, with Mexico scoring three goals in ten minutes in the second half and cruising to a 5-0 victory. There's no interest for Liverpool fans, but it's football, and it's bound to be competitive, so you might as well watch. Just have the mute button ready, as there will unfortunately be lots of Eric Wynalda, Alexi Lalas, and Taylor Twellman. If you don't know who these men are, count yourself lucky.

If you're handling the transfer season like any good supporter (read: copious amounts of hallucinogens), you'll enjoy the first-ever music video from Explosions in the Sky, an Austin-based instrumental group. They're one of my favorite bands anyway, and even though I don't think it's their best, the new album is excellent. Bonus if you're already hallucinating and your hands just turned into orchids.

Because you've never thought about having your friends chuck you off the roof of a ten-story building, have you?