Everyone Else is Playing This Weekend and Other Saturday Notes

Share All sharing options for: Everyone Else is Playing This Weekend and Other Saturday Notes 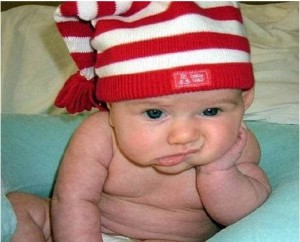 Villa versus Wigan! Bolton and Sunderland! Newcastle against Birmingham! Exclamation point! Does it get any better than this?

Oh, it does. Spurs host Blackpool in what we all hope turns out to be some sort of upset, City visit Goodison in search of only their second away win since December, and Chelsea and Manchester United get together tomorrow in what could very possibly be a title decider. In one way or another, each has something to do with Liverpool, and something's better than nothing. Waiting for Monday is undoubtedly a pain in the ass, but at least there's something to follow between now and then.

There's a couple bits of news to get through aside from the voodoo curses you'll be muttering for most of the morning, so let's run through it:

* Biggest news of the day yesterday was that Wee Jay Spearing earned himself a contract extension that will keep him with the club that he's been with for fifteen years:

"I am buzzing to be honest. I'm pleased to have finally put pen to paper and got everything sorted. I've been here for a long time and playing for Liverpool is all I have ever wanted to do, so hopefully I can keep going now. It has been a long time coming. I've been in the background and in and around the first team and maybe not had a run in the team, but now I'm getting that run I've been able to show my desire and commitment to the club.

"I owe a lot to the boss and hopefully I am repaying him with the games I am playing. He put me into the derby straightaway and that gave me a lot of confidence. Any player who has the belief of the manager always wants to go on and show what he can do. With the new boss coming in and the way we have been playing and with me getting some game time, it has been a good couple of months and this has topped it off for me."

There's few who could have predicted that he'd have the type of impact that he's had in the closing stages of the season---he's turned from hey he's a local lad and isn't that nice into someone who has a genuine influence when he's selected. His partnership with Lucas has been one of the more encouraging developments of the latter part of the season, as they've combined to provide Liverpool with stability in the central part of the park despite missing Steven Gerrard for much of the run-in.

It'll be interesting to see what happens when the squad is at full fitness; the best guess at the current moment is that Spearing returns to the fringe and has a bit part to play for the rest of his Liverpool career. I don't see many scenarios in which that changes drastically, even if he's been somewhat of a revelation over the past few weeks. Excellent man to have in the squad, but I hesitate to say that because he's around Liverpool are set in central midfield.

* Spearing's polar opposite in terms of height and arm length also found his way into the news over the past few days, as Stuart Pearce has named Andy Carroll in his 40-man squad for the U21 European Championships this summer. Most of the early reaction focused on Jack Wilshere and how cute he is and Arsene Wenger fighting against the odds to finally have something to be upset about, but now that Kenny Dalglish has fielded a question or two, the focus has shifted:

"Winning tournaments is all very well and good but if you don't get any players to come through I don't think it is successful. Andy has played a number of games for the younger teams, Under-21s and Under-19s, and he has played for the full international team, so it has certainly served its purpose in his development. The important thing is not to win a competition, it is to get people progressing through the system."

Which, depending on your level of comfort with making wild (or not-so-wild) inferences about the statements made at Kenny Dalglish's press conferences, probably means that Andy Carroll playing in the U21 Euros is not high on Dalglish's list of things he'd really enjoy.

Pearce has been a vocal advocate for getting the best possible squad at every opportunity, and that's plenty understandable---it provides some semblance of cohesion through the ranks and still give the younger sides a chance at silverware, and it also gives the impression that they're taking everything quite seriously. The problem for Liverpool fans is that Andy Carroll's fitness is also taken quite seriously, and the idea of tacking on another summer's worth of matches as opposed to rest and rehabilitation is about as appealing as continuing to work with Word Press for another week. There's already plenty of expectation heaped on Carroll, with more to come at the start of next season, and some time on the mend might do him some good.

There's likely more to come throughout the day, but as things stand, trying to update and/or create a new post is more troublesome than it should be, so I'll update as needed in the comments. I'll be back with the preview tomorrow morning for sure, and you can always catch up with Noel or I at the LFCOffside Twitter page. Mostly there's lots of shouting, but occasionally we find time to write about things that people generally agree are interesting.

Enjoy your Saturday, and if you're thinking of taking up a hobby to pass the time until Monday, make sure it doesn't end up like this: