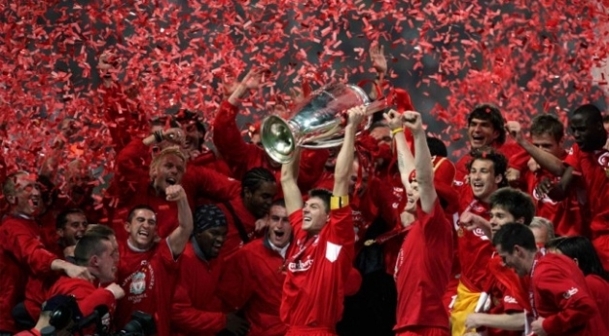 With the 2010-2011 season all wrapped up, reflecting on days gone by has been the trend. Today that trend extends a bit further back, as we celebrate the anniversary of Liverpool's victory over Milan in Istanbul and their fifth European Cup.

There's obviously plenty that's changed in the six years that have passed, and in some ways looking back can be more of a painful reminder of what's not present. No European football to look forward to next season, and uncertainty about how the club will compete over the summer and into next season. Even with the optimism created by the second half turnaround, nothing's promised, and Liverpool can't really afford to spend much time getting all nostalgic.

But we're talking about one of the greatest moments in world football history. The one that further cemented Liverpool's place as the most successful English club in European competition. The one that had absolutely no business actually happening after the way the opening forty-five minutes unfolded. The one that comes up every time Liverpool need to rally, or need to keep fighting, or need some inspiration. The one that other clubs would have killed to be involved in.

So yeah, I think a little bit of navel-gazing and looking at past success is okay on a day like today, because even though we all know we're looking forward to more success in the future, few could match the achievements of that night in Istanbul in 2005.

The highlights, which you've seen a hundred times and will never get tired of: