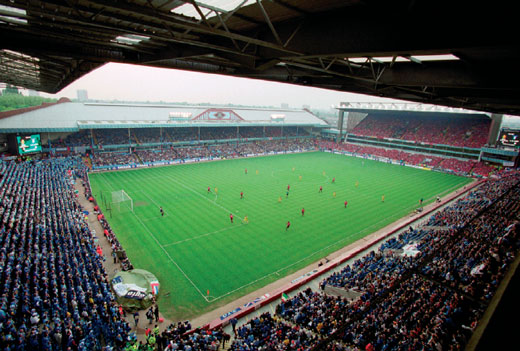 All sorts of changes today, as Fabio Aurelio returns, Joe Cole gets his first league start since January, Raul Meireles is fit enough to start, and Andy Carroll is missing completely. I'd guess that this is the last time we see Aurelio and Cole as Liverpool players; the former is too injured too often to keep around, and the latter is earning way too much money for a player who just looks winded most of the time. Nice to see Andre Wisdom included in the squad, as he's had a great season at the lower levels of the club and seems to be in the club's plans for the future.