Australia Needs Your Help and Other Thursday Notes

Share All sharing options for: Australia Needs Your Help and Other Thursday Notes 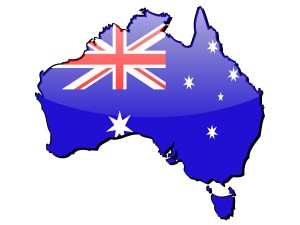 We love us some Australia here on the Liverpool Offside, and when we got an email requesting that we give our adopted countrymen and women an assist, there's no convincing needed.

Fox Sports Australia are running a poll to see which match viewers want to watch on Sunday, and the winning selection will be the feature match for the final day of the season. Liverpool v. Aston Villa is a couple percentage points ahead of the pack, but a final push is needed to make sure the Liverpool match gets the top spot. So hit the link above to vote, and feel content in the knowledge that you're now essentially as effective as the United Nations or something.

Slim pickings for today's news and notes, but a few links worth checking out nonetheless:

* Friend of the blog Ethan Dean-Richards has been spamming everyone's Twitter feeds with endless amounts of links, which is typically annoying as hell. With him it still is, but it's lightened by the fact that he's one of the more unique writers around, he doesn't take the whole thing too seriously, enjoys colorful language, and, every once in awhile, our interests intersect wonderfully. Yesterday was a great example of that, as he got his hands on correspondence between Jamie Carragher and rising star John Flanagan, in which the veteran central defender shares his tips for becoming a professional footballer. All worth reading, but for those familiar with our site, the third point is particularly relevant:

I don’t know if you’re good or not, but that’s not important (who the fuck can really say what good means anyway – it’s all sophistry). What you need to do are things that get noticed: dramatic clearances, yellow cards, red cards. I’ve made a career out of it.

I don’t want to tell you what to do, but I would warn against dribbling. The odd guy who runs around with the ball a bit gets called a genius, but most likely you’ll just be told to stop showing off like a cunt – rightly fucking so. The hoof – a symbol of manliness, I believe – is your friend, my friend.

"The hoof – a symbol of manliness, I believe – is your friend, my friend" is now the standard for any Carrahoof related discussion.

* Closer to reality there's an interesting interview with Steve Clarke, who's proven to be one of the most important additions to Liverpool in the past few months. For all the talk in the first half of the season about needing to add the right type of players and those currently in the squad weren't up to snuff and only taking credit if something went right, Clarke believes that rumors of the need for an overhaul have been greatly exaggerated:

"We have a decent squad here, a lot of good players who have shown that for us. If we can find two or three players that can add to the squad then that is what we should do. If we can't find the right players to improve us at the right time then I think we have enough to keep us moving forward. We've also got the young players coming through - that has been a big plus for everyone at the club this season. If we can continue with the nucleus of the established players we have and keep adding one or two kids and then maybe improve one or two in the summer."

I spoke about the expectation and belief in the current squad last week, and it's clear that Clarke is drumming the party line here. Which isn't a bad thing, of course---both Kenny Dalglish and Clarke have an understated quality to them, but both also represent themselves and the club with an assuredness that's a pleasure to see. Gone are the days of nervously recounting missed opportunities and pointing fingers, replaced by articulation of the positives the squad does have and plainly stating that there's always room for improvement.

* Finally, just because Jonjo Shelvey has done more playing than voyeurism recently doesn't mean he's completely boring, and in an interview with the official site he proves to be articulate, insightful, and even a little funny:

"The atmosphere is unreal. I mean European nights are something special. When they're singing You'll Never Walk Alone it makes the hair stand up on the back of your neck - not that I've got much hair. It's just something I can't describe. You feel like you've taken a load of Pro Plus, it's a joke. It is something you dream about as a little kid in the playground with your mates. To actually do it is just a dream come true.

"Parts of my game have improved since I left Charlton, that was obviously going to happen and I've bulked up from being in the gym. When I come back for pre-season I want to cement a first-team place. I want to be seen as an important first-team player. I think I can do that, the club thinks I can do that otherwise they wouldn't have bought me. If given the chances, I will."

Ignoring the easy joke about the phrasing of the Pro Plus line, his trajectory is going to be more than a little interesting to follow. He's seen regular match action when fit, has steadily improved across appearances, and looks to be one of Dalglish's favorites among the younger squad members. We've also seen him in a range of roles---he appeared at fullback in consecutive substitute opportunities, in a wide role on a number of occasions, and, more recently, through the middle as a forward-minded central midfielder. He's obviously got plenty of room left to grow, but I think he's done more than his share to force his way into the discussion about Liverpool's future.

That's the not-so-quick Thursday skinny, and because I know you want to be more involved in our end of season polling extravaganza, a stolen bit from Noel's earlier post:

To those of you who may be stopping by to vote for the first time, or for those who just need a reminder, don’t forget about all the other season ending polls that are still running:
* Young Player of the Season
* Signing of the Season
* Best Win
* Worst Loss
* Goal of the Season
* Performance of the Season
Vote early. Vote often. And we’ll see you again tomorrow.

Reminder that tomorrow winds down the polling process, and next week we share the results and our collective impressions along with some help from other writers and editors from across the Liverpool internet world. In the meantime, you can always expand your horizons by learning about commodities like bacon, which you might find in a bacon, lettuce, and tomato sandwich...