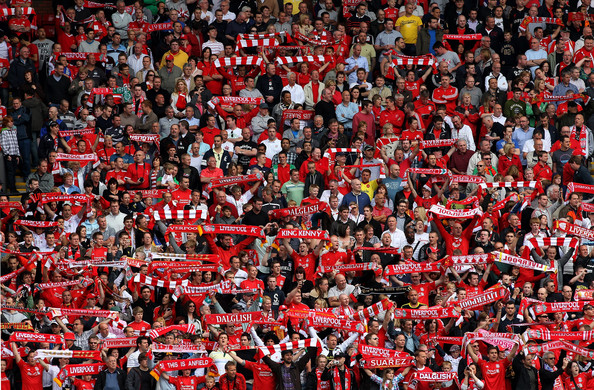 Match live on Fox Soccer Channel in the US and Fox Soccer 1 in Australia (thanks digitalgonzo).

It's Raul Meireles out and Andy Carroll in, and the rest of the side stays the same. As I said yesterday, the January signing might not have worked his way into the eleven had Meireles not been injured, which, considering the lack of depth in the side, speaks volumes about the type of football Liverpool have been playing in recent weeks. The formation in the front six at this point is guesswork; the only nailed-on spot at this point is that Carroll will be the front man, and it's a safe bet that Dirk Kuyt and Luis Suarez will be doing plenty of running in the forward areas. At the back, the only thing that's unclear is where John Flanagan and Glen Johnson start on either side of Jamie Carragher and Martin Skrtel.