No for Villas Boas, Joe Cole Resurrected, and Other (Late) Thursday Notes

Share All sharing options for: No for Villas Boas, Joe Cole Resurrected, and Other (Late) Thursday Notes 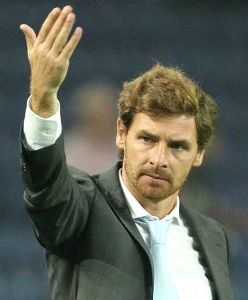 Apologies for the delay in the usual daily rundown, as we've had a bit of trouble accessing our dashboard for most of the day. Typically I'm able to get things up and running pretty quickly and the magic just flows, but for whatever reason everything went wonky today and the website started acting like a bastard. Problem solved for the time being, even if I spent the last fifteen minutes uploading that picture of Andre Villas Boas. Looks good though, doesn't he?

Anyhow, a quick look at the Thursday notes, since hitting publish will ensure that this thing goes up by kickoff on Sunday:

* A few weeks back there was a pretty healthy rumble around the internet that Andre Villas Boas had some sort of pre-contract agreement with Liverpool, which came to light after he turned down Roma. Given the talk earlier in the season about how he fit the FSG profile (young, likes stats, is successful, handsome, better looking than Roy Hodgson), it seemed like there were possibly shreds of truth in the original Gazzetta dello Sport report. Not so, says Villas Boas:

"There are incredible stories. Supposedly I said no to Roma because I was going to Liverpool. It's absurd. The speculation is natural, given what this team has been doing. But it is still false information," he added.

"It's absurd to say (Juventus representatives) are coming to observe me. During the game, the coach does nothing more that walk around in a suit and run a little bit."

Well at least he's honest and a little bit of fun. As he says, though, anyone who's paid attention to the type of season that Porto have put together is going to speculate about his future, and all it was ever going to take was one country's Daily Mail equivalent to upset the balance. Once last month's talk died down, though, I think we had already realized that it was untrue and unnecessary. Maybe one for down the road, but for the time being, there's only one man that Liverpool fans want in charge. At least so long as that man doesn't think Joe Cole is going to have a huge part to play in the rest of the season.

* Holy shit, Kenny Dalglish thinks Joe Cole is going to have a huge part to play in the rest of the season:

"It wasn't a little contribution. That goal could be massive for Joe because he has not had as many opportunities as he would have liked because he has been injured and suspended. It is a great credit to him the way he has been training, as it is with Maxi [Rodríguez] and the others.

"He is fantastic in training. He plays everything right and doesn't have a problem. Everybody has to work hard to get anything and Joe is no different from anybody else."

Eh, maybe not so much. For my money it's the typically positive Kenny Dalglish pat-on-the-butt presser that we're familiar with---it's not as though a confused dribble up the right side, then middle, then right, then stand there , then look panicky, then score on a half-hearted shot that was only taken because you're too tired to dribble and too selfish to pass, then act indifferent will be confused with something resembling a positive contribution. Renowned Fox Soccer Channel gomer Christian Miles put it best: "You know things are going Liverpool's way when Joe Cole gets a shot off." And how.

* We're going to have to wait for squad news that doesn't confuse or enrage you apparently, as there's been no decisions made about Andy Carroll's fitness for the weekend. Again, predictably charming stuff from the manager:

I think it goes without saying that we'd all like to see Andy Caroll back in the starting eleven as soon as possible, and hopefully it's a return that's accompanied by a style of play that doesn't rely solely on lumping the ball forward because he's tall and stuff. As Noel rightfully pointed out the other day, his integration into Liverpool's squad has been bumpy, with a stylistic influence that ranges from absolutely beautiful to nigh-on unwatchable. We can't necessarily expect to see the former all the time, every time right now, but it'd certainly be nice to see that start to happen on a consistent basis sooner rather than later.

* Lastly, a quick note to acknowledge that it's good news on the Gerard Houllier health front, with the former Liverpool boss expected to leave the hospital by tomorrow. He's likely to have some troubles once he gets back to the football, but for now it's just nice to hear that he's doing better.

Noel's back tomorrow to carry us into Saturday and the preview for Sunday's match with Newcastle. Until then, up and at them: