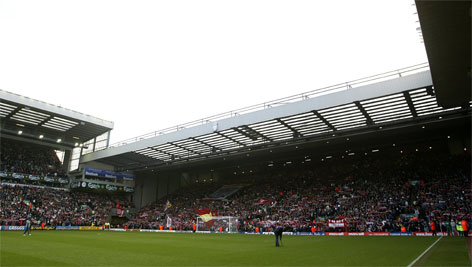 Match live on Fox Soccer Channel in the US and Fox Sports 1 in Australia (thanks digitalgonzo).

So Jamie Carragher works his way back into the squad, but Andy Carroll's nowhere to be found. I'm hopeful that it's only a precautionary move and not indicative of something more serious---we'll likely know more after the match concludes. With no Carroll we get to see Maxi back in action, which I'm guessing means that Dirk Kuyt pushes forward to partner Luis Suarez. Against Manchester United that meant Kuyt up top and Suarez withdrawn, so it'll be interesting to see if that's how Dalglish organizes them today. Another big day for John Flanagan and Jack Robinson, the latter of whom will be making his full debut. Conor Coady, another one of the academy standouts, makes his first appearance in a Premier League squad.