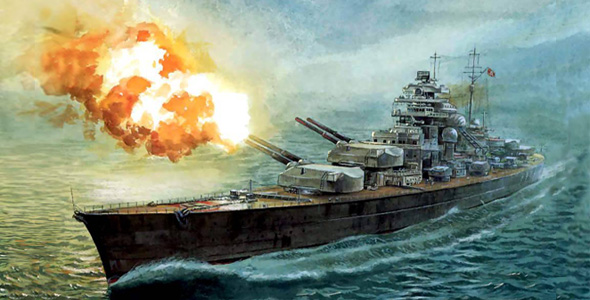 Adam! Alonso! Hazard! M'Vila! Lloris! Aquilani! Loud noises! It's not exactly our thing, this whole transfer rumour-mongering game. But while we've been busy worrying about silly distractions like tactics and player performances and being a dick to Arsene Wenger, the super-serious business of transfer-mongering has been rumbling along apace. If at times it seems as though football coverage is divided into the two equally cringe-worthy, vacuous categories of Hollywood-style tabloidery with bonus WAG-stalking and throwing shit against the wall rumouration, that's because sometimes it kind of is. So nuts to trying to approach things from a slightly different angle, we're coming for you G*al.com...

Jose Enrique - He was a nailed on locked down shoe-in five star guarantee signing for a few weeks for £15M because Phil Thompson apparently said so on Norwegian television. Or something. Which seems quite a lot for a 25-year old Spanish left back who plays for Newcastle and has never even made the extended squad for the Spanish national team. You know, when Glen Johnson, who still catches flack from some for his price tag, is England's starting right back and came to Liverpool for £18M including the always annoying English-bump that sees players like Charlie Adam floated as £15M options without anybody in the more xenophobic corners of the media batting an eye. Oh, but now nobody really thinks he's coming any more. Probably.

Charlie Adam - Speaking of the man with the top speed and turning radius of the Bismark--but my god, that cannon of a passing leg, boys! Well, speaking of him, rumours continue to swirl in the £12-15M range, which seems rather steep for a midfielder who doesn't defend or attack but, hey, he's really good at sitting in the center circle like one of those tennis-ball firing machines. Except he fires footballs. And also he seems to have managed to fit the London media's definition of English well enough to get his incomplete but highlight-reel friendly play a PFA nomination, though of course he lost it to best player in the Universe Gareth Bale after he went and got a taxi for Maicon back during that month-long stretch that saw the press gallery at White Hart Lane covered in reproductive fluid after every match.

Gary Cahill - Bolton center back, occasional England starter, bald. Bolton wants £25M for him, and apparently United, Liverpool, and Arsenal would all totally be happy to jump on a piece of that action for a player likely in his prime who, though good, would have a hard time cracking anybody's definition of world class and isn't likely to get a whole lot better in the future. But hey, he's currently one of England's top four or five homegrown center backs, so adjust your price indexes accordingly. In any case, while there certainly is a need to have a strong core of players who count as homegrown, with Liverpool's strengthened youth situation it's becoming harder to see what benefit the club would get from paying that kind of price for a player who would seem a little expensive at the £12.5M or so he'd likely be going for were he German or Norwegian or Bengali or just something else not-British. Developing local and regional talent always makes sense, but unless there's a chance to buy the absolute best and a willingness to pay through the nose for it it hardly ever makes sense to bring in decent and established British players given the ridiculous premium paid for the merely average.

Alberto Aquilani - Is still Alberto Aquilani. And Juventus is still Juventus, and so dragging their feet interminably over a player whose move was agreed nearly a year ago now under the late and rather unlamented reign of Christian Purslow. Now their sporting director is rambling on about talking to Liverpool when the "time is right." Which will presumably be some time before the transfer window opens and Aquilani's rights revert to Liverpool, but who the hell really knows. At least it lets every transfer site re-float the old cycle of Aquilani stories about potential knock down prices and him wanting to stay in Italy and blah blah blah pretty much all the same shit that's been regurgitated with slightly different trappings since January.

Hugo Lloris - Oh, and the big new news that won't amount to anything but what the hell. Well, it's that should Reina leave, Liverpool will totally absolutely definitely jump on a shock move for France number one Lloris the llama, whose nickname may or may not in fact be the llama. Seeing as he's often counted among the world's top five keepers, this is better than being linked with Stoke's back-up keeper, though it currently seems just as credible. So, yeah, I hear we're also in for Stoke's back-up keeper. And I may have made that up. Does anybody know what Stoke's back-up keeper's name is?

Other French Players - Because have you heard that Damien Comolli is French? I'm pretty sure that one's true. In any case, because he's French, Liverpool will also be in for Yann M'Vila, Moussa Sissoko, and Aly Cissokho. M'Vila's been linked on and off for forever now and would be something like a proper replacement for Javier Mascherano after the complete and utter failure of Christian Poulsen to do anything more than look good in an alice band. Both he and Sissoko potentially fill a similar role, and both are still quite young and could offer long-term potential in the middle of the park, though it's hard to imagine either stepping into Liverpool's current best eleven if everybody's healthy.

Meanwhile, Cissokho is a left back so why sites would be pushing rumours of him when just last week they were telling us that Jose Enrique was totally 110% unconditional money back with rust-proofing coming to Liverpool to solve the left back problem puzzles. But hey, they're the experts. At something, I presume.

Players I'm Annoyed Aren't Being Talked About - I want to hear more rumours about Xabi Alonso returning. I also want rumours of Fabio Coentrao to bubble up again. Or at least to hear a bit of talk about Joan Capdevila coming in, since he still has a couple of good years left, is a top quality left back without injury issues, and could be the perfect solution that wouldn't block the potential development of Jack Robinson. Oh, and I want to see sites talking about Liverpool having a legitimate shot at Eden Hazard.

Somebody should really make all that happen. You can even use me as a source, if you want, because hey, it's not as though I could be any worse than some small town in Hungary's weekly paper run through Google translator.

Players Who Aren't Good Enough For Barcelona - If a player being linked to Liverpool isn't French or based in France, there's a good chance he's a Barcelona bench-warmer. Top of the heap might be Jeffren Suarez, the 23-year old winger/wide forward who has found himself passed by younger homegrown talent and more pricey imports from Pedro to Villa to Ibrahim Afellay and is apparently looking to leave Barcelona. Or some people might just be getting confused because of his last name. Because once you've started collecting them, you can never have too many Suarezezez.

It also needs to be mentioned that Ibrahim Afellay has been linked to Liverpool since a week after he arrived in the January window and realised that Barcelona had, like, Pedro and Villa and Messi and Xavi and Iniesta and so he'd be nailed to the bench as reality quickly showed it wasn't going to live up to his ego-fueled dreams of walking into the best team in the world's starting eleven. Which either means he's a complete idiot with a questionable work ethic and delusions that he's the next Messi, or that it's a really, really stupid transfer rumour that doesn't make any damn sense and doesn't have an ounce of truth to it.

And I almost forgot: You can't talk about players not quite good enough for Barcelona without mentioning Bojan, who's been a darkhorse to come to Liverpool as far as every rumour site has been concerned for the last decade, which is quite an achievement for a twenty-year old whose early inclusion in the first team has resulted in him becoming the poster child for how pushing too much too soon on a talented starlet can stunt his development.

Sylvain Marveaux - Oh, and there's also Marveaux, the Rennes winger. But by all accounts he actually has signed a pre-contract agreement and will be bringing his history of injuries that make Daniel Agger look sturdy to Anfield in the summer on the free. So that's really not much fun, is it?

So. That's about it for the last three months on the transfer sites, at least from a Liverpool standpoint. Don't you feel all totally informed and up to date now? Yeah, me neither, because in the end absolutely none of it's going to happen. In fact, it feels like my brain has shrunk three sizes from trying to get a handle on all the 99.7% bullshit rumours floating around. I also feel stabby now. Very, very stabby.

Maybe we'll go the tabloid and WAG-stalking route next time we feel like branching out a little bit.