This Must Be Thursday. I Could Never Get the Hang of Thursdays.

Share All sharing options for: This Must Be Thursday. I Could Never Get the Hang of Thursdays. 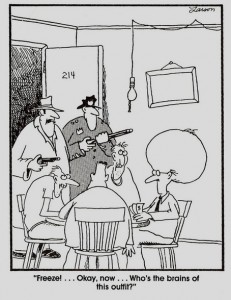 Long weeks are, indisputably, the worst. There's often little to cover and, in the event that something actually happens, it's not really worth stretching out over the span of more than seven hours.

Much like this opening paragraph, the news of a week without matches is nothing more than filler. You, the reader, will often feel duped by the realization that you've spent more than twenty seconds reading something that ultimately reveals you've been reading nothing. I'd like to tell you that today will be different---Liverpool are playing Manchester United on Sunday, and there's a steady buzz that Andy Carroll could be making his debut against a weakened Red Devil back line. Except that's about it in terms of news.

Welcome to the Thursday notes.

Maybe that was an exaggeration, as this Thursday actually has something close to but not necessarily entailing important news, and it may or may not be limited to things I've already mentioned:

** If you're not crushing on Pepe Reina in some way, I'm not really sure why you're here, but I'll keep going anyway. It hasn't been the smoothest ride for the Spanish keeper---plenty of disquiet along with the rest of the squad early, troubles and inconsistency among the back line for a decent chunk of the season, arguably his poorest performance of the season against West Ham, and, perhaps most concerning, constant rumors about his departure in the summer.

I think we've all been waiting for some sort of statement of commitment for the latter, and while it hasn't come directly, we still get the status quo---classy, straightforward, and focused on helping Liverpool succeed:

"Keeping those clean sheets was about not making mistakes, first of all. I did a couple of them on Sunday and I felt really disappointed with my performance individually. I won't hide behind any teammates - I was poor and I have to recognise this and keep learning from the mistakes."

There's plenty more if you hit the link, including his thoughts on the changes since Kenny Dalglish arrived and the chances for the younger talent (except Dani Pacheco---shameless plug). Anyway, the prospect of losing him in the summer is not something I'm willing to entertain, so instead let's focus on how positively he'll impact the club for the next thirty years. Because that's likely.

** Turns out the rumors of a slightly weakened defensive unit for United might have some traction, or at least as much traction as rumors that the previously mentioned rumors are complete bullshit. The injury list at the back is somewhat extensive for Dame Alex Ferguson---Nemanja Vidic casualtied himself with a desperate shirt grab on Tuesday against Chelsea, Rio Ferdinand is out with a calf injury he suffered a month ago, and Jonny Evans is either hurt or just plain shitty, depending on who you ask.

It could all add up to a start for the suddenly relevant again Wes Brown, who's been out of the collective conscious for much of the season. Consensus has Brown starting alongside Chris Smalling, who featured briefly against Liverpool at Old Trafford in Kenny Dalglish's first match back in January. As I mentioned, though, there's also the possibility that we're being tricked by Alex Ferguson AND DON'T EVEN KNOW IT. Crafty stuff as usual.

** In other news that seemed far-fetched but has since re-entered the stratosphere, Rory Smith has Andy Carroll nearing the point that he could actually be named in the squad against United on Sunday. From the Telegraph:

Carroll looked sharp as he underwent a punishing session at Liverpool's Melwood training base on Tuesday under the watchful eyes of Kenny Dalglish, Sammy Lee and first-team coach Steve Clarke. He will be examined by the club’s medical staff today to check he has not suffered an adverse reaction ahead of Manchester United's visit.

Though the 22 year-old- who has not played since Dec 28 and only returned to light training a little more than two weeks ago - would need to make miraculous progress for Dalglish to contemplate naming him in his starting line-up against Sir Alex Ferguson’s side, Carroll is thought to be in contention to be named among the substitutes.

I haven't had a terrible time coming around to the idea that Liverpool are missing Andy Carroll without having him actually play a match, as it's clear they've been missing some sort of dimension up front. Making it clear what exactly they've been missing will be the task, and I doubt that a run-out on Sunday will cure all of Liverpool's ills. It'd be great if he's fit enough to log serious minutes, but probably nothing worth risking fitness for the stretch run over. In a close match, or one in which Liverpool has the edge, though, I think an appearance could be likely, and if it happens it'll certainly be worth watching.