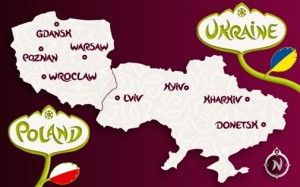 So maybe that's catastrophizing things a bit, but beyond tomorrow it's going to be a matter of Liverpool putting together the strongest squad possible for their remaining eight matches. And, with fitness news slowly trickling out of Melwood, it's sort of a mixed bag.

* My post earlier in the day didn't mention that Steven Gerrard discussed his prospects for Saturday's Roypocalypse during the program, but the official site followed up where I failed:

Calling it a "fitness boost" might be a little optimistic, as it sounds like an outside shot at best. We know he'll push himself into the squad if he's anywhere near fitness, but I wonder if he's getting to the point that rushing to get back so early might not be the wisest move. Or if he's far past that point. Or what that point actually is.

* There's also a few rumblings that Martin Kelly suffered some sort of injury setback in training, but there's little or no confirmation how exactly that happened. Or if it actually did, depending on how much you trust the same 10 sentences that are republished in strangely named websites:

Liverpool defender Martin Kelly has suffered a setback in training and looks unlikely to be fit for the clash with West Brom.The 20-year-old has not played since the defeat at West Ham in February, but there had been a hope he would return against West Brom this weekend.

That is not going to be the case, though, after he suffered a setback in training and there is a real fear that his season could well be more or less over. The right-back will undergo a scan on his hamstring on Monday and he should know over the next few days how long he will be sidelined for.

Again, there's not really that much to it beyond this, which is vague at best. Even my best friends on Twitter that have no idea how much I check their posts don't have much to say on the matter, so it's wait and watch time. If there's any shred of credibility to the "season-ending" rumors, that would obviously give Kenny Dalglish a whole heap of selection trouble at the back. Unless Fabio Aurelio magically becomes and stays fully fit.

Good, let's talk international duty, first with the Euro qualifier rundown and then the friendlies, which still "matter":

I suppose we can expect a decent amount of playing time for Milan Jovanovic after Vladimir Petrovic's comments underlining the importance of giving the Serbian winger/forward another chance at Anfield. Jovanovic came on at halftime in the 2-1 win over Northern Ireland on Saturday and provided the assist for the first goal, and was apparently impressive enough for Petrovic to speak out on his behalf. It'd be different if he hadn't completely pissed away the chances he has been given, but I guess I'm always hopeful that some sort of turnaround is possible. But with Liverpool out of every competition and in need of as many points as possible, more chances don't seem too likely.

For the Serbs, though, it's a vital match, with Estonia just a point behind with a game in hand, and the second spot in Group C seemingly up for grabs.

After an easy 4-0 win over Hungary on Friday, it'd be nice to see Dirk Kuyt get a bit of a rest. That's not likely to be the case, though, with Holland missing Arjen Robben and Klaas-Jan Huntelaar up front. Kuyt's proven to be one of the most reliable players in the Dutch side and put in another composed performance on Friday, so I'd expect that he gets the start in a match that could see the Netherlands maintain their 100% record atop Group E.

The 2-1 comeback against the Czech Republic on Friday gave Spain their fourth win in Group I and kept them perfect alongside the Dutch. As with the other three victories, that came with Iker Casillas in goal, and there's no indications that Pepe Reina will be displacing him anytime soon. I suppose Lithuania or Liechtenstein give Reina the best opportunity to see actual match action, but he might have to settle for hugging David Villa. Which probably isn't too bad either.

Martin Skrtel, and Christian Poulsen could all feature as the two sides take a break from qualifying but still put their fitness in jeopardy in Trnava. Agger and Skrtel both made it a full 90 on Saturday, so it'd be nice for them to get a bit of a rest. Poulsen also started Saturday and was taken off after 70 minutes.

Edit: Sarah dropped this slice of heaven in the comments re: Agger...

apparently daniel agger's already been sent back to liverpool, so there's no chance of him appearing in denmark's friendly. thank god.

Thank god indeed. Unless it's because of injury.

Andy Carroll didn't make an appearance in the miraculous and magnificent 2-0 win over Wales, but Fabio Capello has announced that he'll get the start tomorrow. Hopefully that means about 45 minutes and 65% percent. Glen Johnson sat out England's training today, which is apparently part of his own personal fitness routine and not due to injury, but with Leighton Baines and Phil Jagielka already confirmed as starting I wouldn't be surprised to see Johnson miss out. England will most definitely be missing John Terry, Ashley Cole, Frank Lampard, Wayne Rooney, and Michael Dawson, who were sent home because they might be tired and stuff. But of course.

Raul Meireles and Portugal drew with Chile on Saturday, and it's another friendly as they wind down the international break. The other four teams in Group H were in action on Saturday, and with the 1-1 draw with Denmark, Norway put themselves 3 points clear at the top. As with the other two friendlies, getting Meireles through fit and ready for Saturday is the main objective.

That's going to do it for a fairly quiet Monday---remember that you can catch most, if not all, of the matches tomorrow from any number of sources, with Fox Soccer Channel and ESPN2/ESPN3.com carrying things in North America and some constellation of Sky Sports, ITV, and the BBC airing matches in England. Streams are almost always available as well, and MyP2P, Athednet, and FromSport are the most consistently reliable options.

Anyhow, enjoy your Monday, but not because I told you to (NFSW language).