The Disappearing Act of Dani Pacheco

Share All sharing options for: The Disappearing Act of Dani Pacheco 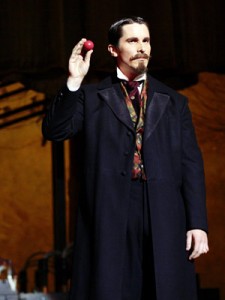 One of the more challenging aspects of supporting a football club is patience---patience for silverware, patience for squad improvement, patience for players returning to fitness, and, as I meander towards the actual point of this post, patience for young players developing into actual first-team talent.

This has become an increasingly exciting task, what with nearly every young player the star of his own YouTube tribute set to thumping house music. Players previously inaccessible to most of the casual supporter crowd are now anointed the next big thing, an assessment typically based on the requisite ecstasy dosage needed to fully experience said compiliations along with cleverly-edited snippets from youth team matches across the globe. The scope of the player's experience doesn't really matter that much, because holy shit, did you see those step-overs and juggling-type things? Also, this music feels warm and my hands taste like marshmallows.

Prior to the last couple years, the formula for any conversation about up-and-coming talent in the youth ranks at Liverpool had been relatively simple---reference Steven Gerrard and Jamie Carragher as the only first-team regulars to have made the leap from the youth system to the senior squad, then watch as your Liverpool-supporting friends stutter and stammer their way into a meltdown.

The cause wasn’t helped much by the assessment of the newly-arrived Rodolfo Borrell in 2009:

“The reality of what we found here was unacceptable. The under-18s had no centre forward, no balance. They had no tactical level, no understanding of the game.”

Stepping stones for the future, then.

We know now that the Academy setup was dramatically improved by Rafa Benitez and has largely become one of his lasting contributions to the club---bringing in Borrell was a masterstroke, and when the chance to bring in quality younger talent finally arose, Benitez didn't hesitate.

One of the more prominent names to hold over from the slapdick days is obviously Dani Pacheco, who was signed from the Barcelona youth academy in 2008. After arriving at Liverpool, he quickly established himself as one of the top talents at any level. His senior bow came in a 2-1 loss to Fiorentina during Liverpool’s doomed Champions League run in the 2009-2010 season, and he would go on to make five more first-team appearances as the Reds played out their disaster of a campaign, notching one assist in the Europa League victory over Unirea Urziceni.

The summer of 2010 brought heightened attention for the Spanish youngster, and while a good portion of viewers checked out of world football after the senior team captured the World Cup trophy in South Africa, those who stuck around for the U19 Euros know why. Pacheco lit the competition on fire, scoring four goals and providing the assist for Spain’s lone goal in the 2-1 finals loss to France. Those goals earned him the Golden Boot, and his overall performance brought a Goal.com World Player of the Week honor and, as is so often the case, acclaim as the “next big thing” in European football.

The 19 year-old displayed an array of skills en route to earning such acclaim—pronounced pace and acceleration, uncanny vision and awareness with the distribution to match, and a finishing touch that was second to none (hence that whole Golden Boot thing).

It would follow, then, that his return to Liverpool for the start of the 2010-2011 season didn’t come anonymously. It was speculated that he was subject to a loan deal back to Spain and Real Sociedad, sheparded by ex-Kop hero Xabi Alonso. As if Liverpool supporters’ hearts weren’t broken enough by the Basque midfielder’s exit, now he was going to help engineer a move away for one of the club’s future stars.

But it never came to pass, and Pacheco was handed the #12 shirt by new manager Roy Hodgson, a move that, for many of us in the cheap seats, signaled intent for the youngster’s future. No longer did he wallow in the upper 40’s—this year would be his time to shine.

He was eased into the season, making his first start against Rabotnicki in the return leg of the Europa League qualifiers at Anfield. He grew into a match that elevated supporters’ expectations for the club’s turnaround, with a performance on the right flank and throughout the forward area responsible for a large part of the optimism. His other appearance came in the dying minutes of Liverpool’s embarrassing 3-0 loss to Manchester City at the Eastlands, and while not much was taken from the side’s performance overall (other than 4-4-* becoming a curse), Pacheco looked both lively and threatening in a match in which Liverpool looked decidedly meek and flaccid.

A handful of other appearances were on the horizon, and, unfortunately for him, it seems as though none was more impactful than the 105 minutes he turned in against Northampton Town in Liverpool's Carling Cup collapse. Collectively and individually Liverpool were atrocious, and Roy Hodgson famously cast the day's participants off into the abyss.

And, for the most part, that's the last we've heard of Dani Pacheco in the first team:

He only made two more appearances under Roy Hodgson, both in Europa League throwaways against Steaua Bucharest and FC Utrecht. Increasingly it looked as though he'd had his chance and blown it under the new manager, and with plenty of the more talented youth players leaving the club prior to the end of the summer window, his future at Liverpool was fading.

Things seemed to get whole lot brighter, though, with the exit of Hodgson and the arrival of Kenny Dalglish. Younger players would finally get their chances under a manager who knew the club's lower levels, and for most of us this meant renewed optimism about Liverpool and Dani Pacheco's future. Dalglish's tenure has seen a regular place for Martin Kelly, substitute appearances for Jonjo Shelvey prior to injury, a start for Jay Spearing in the Merseyside Derby, and more recently, consecutive run-outs for Danny Wilson. By all indications, a positive trend for Liverpool's future.

And yet we're still left wondering where Dani Pacheco fits, given that he's yet to make an appearance in 2011 and has made the first-team squad in less than half of Liverpool's matches in the new year. He's continued to make an impression in the reserves (and chipped in with a goal on Monday) and still has plenty of promise, but I get the sense that we're all left wanting more, which is maybe the most frustrating part.

I suppose we have to be content with the knowledge that we might not actually have that much knowledge---yes, we've got video compilations and proven performances at the youth and reserve level, but we don't really have a body of evidence that suggests he's capable of making a consistent impact in the senior squad. You can argue that he hasn't been given a chance to make that impact, but you can also argue that we're not privy to training ground observations and the sense of how a player fits in the broader context of what the club is trying to create (which also implies that at current, some combination of Joe Cole/Dirk Kuyt/Maxi etc. are better options to round out the attack than Pacheco).

Naturally this is all a very long way of saying that from the outside looking in, it’s damned difficult to tell where he goes from here—he’s made no secret of his desire to have a positive impact at the club, and he’s been dubbed the next big everything (so long as it’s short/pacy/skillful/Spanish) already, but there's also plenty of speculation that the lack of first-team action thus far pushes him further and further from Liverpool's plans for the future.

Of course, it might also be useful to remember that he's only 20 years old and could yet be in the infancy of his career, but in today's culture that might also mean he's already past it.