Youth Cup Wrap, A Deal for Dalglish, and Other Sunday Notes

Share All sharing options for: Youth Cup Wrap, A Deal for Dalglish, and Other Sunday Notes 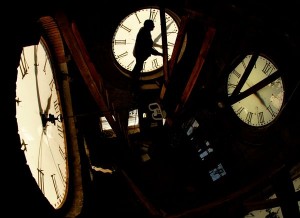 Those observing daylight savings time over the past seven (or six, or eight) hours likely find themselves in a similar predicament as I---overly tired, trying to convince yourself that it's actually 9:00 am when you're used to it being 8:00am, and mostly irritated as you wrap your head around the justifications for an antiquated ritual that's based on one adult child's tantrum that he couldn't stay out later in his big boy clothes and play with bugs some more. It's possible that that's a slightly altered version of how things happened, but I'd argue the core of the argument remains the same, and I'd be okay if we just left the clocks alone.

Or maybe I'm just bitter about waking up an hour early to watch Liverpool v. Manchester United in the FA Youth Cup and then "waiting" for kickoff by sleeping through most of the first half. There was plenty of action left, however, and the 3-2 loss for the young Reds leads the day's news:

** The build up to today's quarterfinal was almost like a senior squad match, and the final product came pretty close to delivering. Liverpool took a 2-0 lead through two goals from striker Adam Morgan and looked to be continuing a run of form that's seen them nab a fair bit of the spotlight. Morgan's goals were buttressed by confident displays from the usual characters---Suso, Raheem Sterling, and Conor Coady all put in quality shifts in their own right, and John Flanagan was likewise impressive.

Things got a bit nutty shortly after Morgan's second, though, as a double sending off for Stephen Sama and Paul Pogba gave way to a three-goal second half for United. Larnell Cole got the visitor's first, and two goals from Ravel Morrison proved to be the difference. Despite the loss, the second half was plenty exciting, and the atmosphere for the entire match was phenomenal (bar a few unfortunate chants from a small section of United fans). A few late incidents, including another double sending off for Conor Coady and Tyler Blackett, dampened things a bit, but all in all a match worth watching. Exciting to see what happens over the next few years for those involved, particularly the names mentioned above.

** Late last night there were a few reports that Kenny Dalglish had been offered a two-year contract---Yann mentioned it in the comments of Noel's post yesterday around the same time that I was reading something similar over at the Daily Express:

The 60-year-old Kop legend, who has transformed the club’s fortunes since replacing the sacked Roy Hodgson in January, had asked American owners John W Henry and Tom Werner for a four-year deal. Henry and Werner were reluctant to look beyond two years but have promised a review if progress continues to be made under Dalglish.

Sunday Express Sport can reveal that Steve Clarke, who was brought in as a coach to work alongside Dalglish by Damien Comolli, Liverpool’s director of football strategy, is on a three-and-a-half-year contract.

It is understood that Dalglish wants a lucrative financial package to compensate for a lack of long-term security. Those negotiations are still going on.

Without anything coming from the club (which likely wouldn't come until something was finalized anyway) we can't pop the cork just yet, but I think we can all hope that there's some truth to the reports for both Dalglish and Clarke. At this point you'd have to say that it would be a massive mistake for the owners not to be working towards this sort of deal---Dalglish's return, aided by the signing of Clarke, has gone far beyond sentimentalism. They've got Liverpool headed towards brighter days, and it's a necessity that everything's done to keep them around.

** Lastly, there's been growing transfer rumblings about pre-contract agreements in the works, and two of the more commonly associated names are Sylvain Marveaux and Taye Taiwo. Nothing in the past week or so regarding the latter, but the former is apparently edging closer to an Anfield move:

The Reds and Premier League rivals Newcastle have been linked with a move for the 24-year-old, but Kenny Dalglish is believed to be leading the way for his services.

Marveaux himself seems ready to commit to the Anfield club, despite having spent his entire professional career with Rennes. Speaking to The People, he said: "I am very close to reaching agreement with Liverpool about joining them next season."

It's all well and good until you realize that the source is the People, a paper which also produced this still-steaming pile of shit. So I guess there's actually no transfer news worth discussing. Go figure, it being March and all.

That about does it for what turned out to be an unexpectedly exciting Sunday morning, unless you're just waking up to face the harsh reality of a world that needlessly catapulted itself an hour into the future. Enjoy what's left of your weekend, at least what time will allow. Just don't fall wanking to the floor...