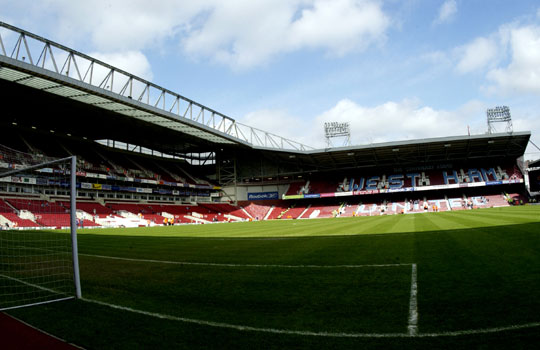 So much for a return to the 4-3-3. Danny Wilson again features in the starting eleven, this time as the third central defender in a three-man back line, with Martin Kelly and Glen Johnson pushing forward in the wing back role. In terms of personnel this looks less like a diamond midfield---Dirk Kuyt and Luis Suarez can certainly drop back a bit at times, but I'm guessing that Lucas plays more withdrawn and Steven Gerrard and Raul Meireles will push forward. Off the top of my head, first time we've seen a three-man back line since the Chelsea match.

Couple pieces of almost news ahead of the afternoon/crack of dawn kickoff...

** Andy Carroll's return is on its way, and all indications lately have been that his rehab has been progressing either right on track or ahead of schedule. Apparently one part, however, hasn't been so perfect. From the Sunday Express:

Andy Carroll, Liverpool’s record £35million striker, has been ordered to lose weight before he makes his long-awaited debut.England international Carroll, 22, signed from Newcastle with just minutes of the January transfer window remaining, has not played a game this year after tearing a thigh muscle.

The inactivity has meant that Carroll has bulked up. Now football’s costliest Englishman has been placed on a rigorous fitness schedule designed to return the Geordie to his prime weight.

I suppose it makes enough sense, but there's no telling if that's actually something that been a major focus of his training program, and I'm not sure that I really care enough to look further. I do, however, care quite a bit about seeing him make his debut and get up and running. The small sample we've had of Luis Suarez has been encouraging, and I'm eager to see if there'll be enough time left in the campaign for both the new boys to settle in. Regardless of their weight.

** It seems like the squad has been taking their turns weighing in on the potential impact they feel Suarez can make---earlier in the week it was Dirk Kuyt, and I think most of the squad has piped up at one time or another. Yesterday was Steven Gerrard's turn:

"Already we can see what a good player Luis is. He's got good pace and awareness and he's settled in very quickly. He's a fighter too and the type of character he is means he's going to work really hard for the team. We've all been delighted with his first few performances. Hopefully there is even more to come from him too.

"I expect him to be even better when he adjusts to the speed of football in this country. He hadn't played many games in the weeks before he moved here so he's still getting his match fitness. When he gets that, he will be very difficult to stop."

If we're talking about players we'd like to see make more of an impact, Suarez is obviously the vogue pick, but I think Steven Gerrard qualifies as well. He's been somewhat hit-or-miss this season; part of that is down to fitness and part down to struggling along with the rest of the squad for the first half of the season. I know we all want Suarez to make a splash, and he very well might, but the pot would definitely be sweetened if we saw Gerrard start to turn in the performances we know he's capable of.

Kickoff from London shortly---team sheets and stream links will be updated as available.