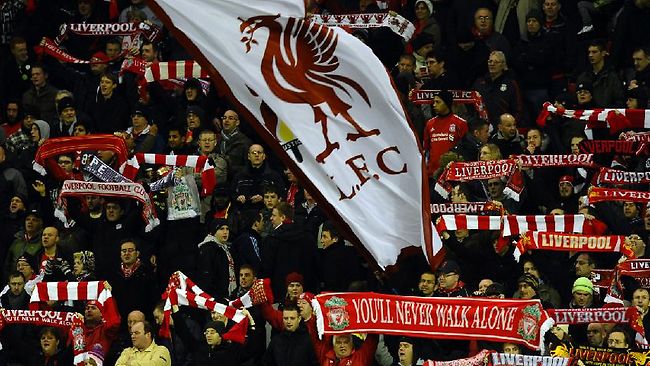 Match live on Five in the UK and GolTV in the US.

I'm off to a meeting, but a blend of expected faces and some surprises---Jamie Carragher, Maxi, and Martin Skrtel on the bench, Danny Wilson in the starting eleven again, and Joe Cole to have the most important performance in the history of the world. No pressure, Joey.

A few heres and theres ahead of this afternoon/evening's kickoff...

** For me, picking Joe Cole in the eleven for the match tonight was more based on lack of depth and his return to fitness. Apparently an appearance for him tonight is far more important, as it's now been labeled a part of his "fight to save his Anfield career:"

"I have been frustrated with the injuries, but that's all going to change. I'm fired up, still positive and still got enough energy – I want to be a success at Liverpool."

I'd guess that a Europa League match in February isn't exactly the time that Cole had guessed he'd be salvaging his Liverpool tenure, and I think it's a stretch to suggest that Steven Gerrard's absence means that Cole will be some sort of deciding factor or that he'll be on center stage. Hell, it might turn out to be a stretch that he makes the starting eleven. Regardless, tonight's not the night that Joe Cole announces his reign as Liverpool legend, and neither will most of his appearances for the rest of the season. As usual, he'll have to stay fit, pile up the appearances, and piece it together one performance at a time. Or score four goals tonight. One or the other.

**Nice ode to the Liverpool fans from Kenny Dalglish prior to the match, which, according to the official site, is sold-out for real. Anyway, Dalglish on the supporters:

"Our fans understand the rules in Europe and the way the game works. That will be a big help for us against Sparta."

** Lastly, there's been some news floating around from questionable sources about Darren Bent's thoughts on the Andy Carroll transfer. No links provided considering the apparent origins of the interview, and I don't know that the comments warrant any further discussion than to say, you know, what the fuck.

Oh, and this (language is wildly inappropriate and entirely NSFW), not necessarily to Darren Bent, but maybe. Also just because:

Kickoff soon enough. Just don't pick up that bottle, friends, you're all too impressionable. We're going to try to set a good example from now on.

Unless you're a potential sponsor, in which case I speak for all of us when I say DRINK UP.