An Action-Packed Saturday, Just Without the Action

Share All sharing options for: An Action-Packed Saturday, Just Without the Action 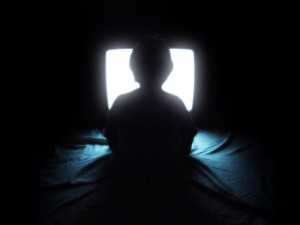 There are few things worse than watching everyone else play football, so today, tomorrow, and Monday come as a bit of a slap in the face. This weekend off also happens to be a nice reminder that Liverpool are only alive for silverware in one competition, and it just so happens to be the one in which they turned out a 90 minute collective coma. But hey, there's the magic of the FA Cup and Crawley Town could pull the ultimate shock at Old Trafford, and there's also West Brom taking on Wolves---don't mention the manager, don't mention the manager, don't ment---in Roy Hodgson's 2011 managerial debut. Forgive me.

As a Liverpool fan, there's obviously plenty of schadenfreude to carry you into a viewing of the Chelsea-Everton match (on both sides)---which, incidentally, just ended 4-3 to Everton on penalties after an equalizer in the 118th minute by Leighton Baines---and the United-Crawley Town match later on. It'll have to do for now, because otherwise you're waiting five more days.

That's not so much fun, though, and unfortunately there's not a whole lot to take you through the day in terms of news. Doesn't mean there's nothing to report, but...actually, I'll let you be the judge of what "nothing" constitutes.

** Kenny Dalglish continues to laud the arrival and presence of Andy Carroll, reminding us that there's absolutely no expectation for when he actually is fit and ready to go. Because there wasn't any of that anyway, was there?

"He's a really good lad, he's really down to earth. That is a value that I think is very important nowadays. You say this is an age where the punters can't relate to the people on the street. Well I don't think he is going to have a problem with that.

"We brought Andy (to Prague) to get amongst the boys and recognise a couple of faces. But they'll relate to him when he gets back and he starts to get fit and play. But he's here to be in and amongst the players and continue his rehabilitation."

Which I'm obviously all for, and I'm just as excited as the rest of you to seem him in action. And this doesn't necessarily add much to the aforementioned expectations, so maybe this is just a massively delayed reaction to the news that broke earlier in the week about him making his debut against Manchester United on March 6th, or maybe it's bracing for the collective smug button-mashing we'll hear after he hasn't scored 7 minutes into whenever he does make his debut.

Coming off a long-term injury and working back to fitness even after he's available, huge signing in terms of publicity and finance, and wearing the same shirt as a recently-departed goalscoring quasi-legend. All I'm saying is, patience.

** The big news prior to Thursday's match was the inclusion of Raheem Sterling, John Flanagan, Jack Robinson, and Conor Coady, only the latter of whom made the bench for the match. The Echo's got a piece about the presence and expectation around Sterling, written mostly in reaction to Dalgish's quotes about having the 16 year-old along for the trip (which are worth reading in their own right):

Particularly in the case of Sterling, who would have broken the record for the youngest ever Reds player at 16 years and 79 days if he got on in Prague, it would surely have been too soon to blood him in a key knockout stage European fixture. Not that it wasn’t tempting.

Still, there is genuine excitement over the impact young Sterling can have in years to come at Anfield. Watching him repeatedly ghost past Southend defenders at Anfield last Sunday, as the Academy side romped their way to a 9-0 rout, was engrossing. It is far too early for comparisons, but there was definitely a touch of Michael Owen in the way the teenager effortlessly used lighting pace to ghost inside hapless defenders before finishing low and hard in the corners with unerring accuracy.

I think I'll just gently nudge you in the direction of the post Noel put up earlier in the week about Sterling as any sort of response---still as applicable, if not more, after the Europa League squad-inclusion/exclusion thingy. Different than Andy Carroll, certainly, but still an exercise in creating and managing expectation.

** Raheem Sterling and the youngsters still on your mind, though? Fine, they got past the Stoke academy 4-1 earlier in the day, with Sterling netting twice and Coady firing one in on the volley. That's the sixth-straight win for the U18s, and yet another good performance for the big names. As they start to gain more acclaim I'm sure the YouTube will have some highlights, so I'll be back later on to include a link if it pops up. Bears repeating, though, that...screw it, they're going to lead Liverpool to successive league titles in just a few years' time. No question. They were in the Europa League squad for chrissakes. EUROPA LEAGUE!!!

My god that was exhausting.

Still some football left to catch for the day, including Crawley pulling the shockiest shock upset in FA Cup history. I'll be back tomorrow morning to slog through the avalanche of non-news and rumor-mongering that the next 24 hours will bring. Hope you all enjoy the rest of your Saturday, which, judging by the last thread, will be spent listening to Radiohead.