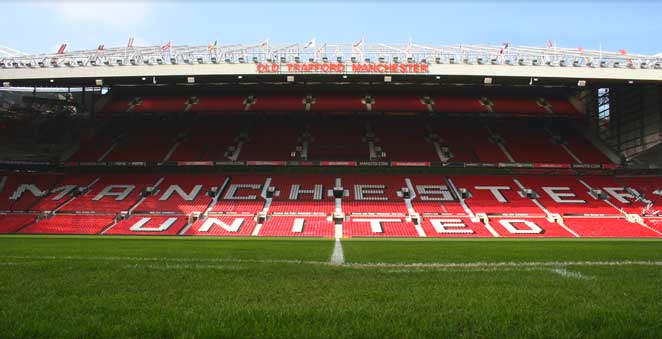 Manchester United vs. Liverpool: Kickoff from Old Trafford at 13:30 GMT and 8:30 EST.

Match broadcast live on ITV1 in the UK and Fox Soccer Channel in the US.

Late news in the squad is that Glen Johnson is out as his partner has gone into labor, so best of luck to him and his family; Joe Cole also misses out through injury. Outside of that it's the squad we more or less hoped for---particularly the returns of Daniel Agger and Fabio Aurelio along with the partnership of Raul Meireles and Lucas in central midfield. In terms of formation I've again drawn it up as a 4-2-3-1, but we'll have to see what takes shape.

More than anything, I'm just freakishly excited to watch Liverpool today, and I haven't felt that in awhile.

There's little point in pretending that today will be about anything other than the return of Kenny Dalglish to Liverpool---we know the match will go forward as planned, United will still be favored, and, barring a draw, one team's FA Cup run will be over. None of that is changing.

But the last 24 hours has seen remarkable turnaround in the climate at Liverpool, and it's the departure of Roy Hodgson and arrival of Dalglish that's responsible. As I mentioned briefly yesterday, there's little chance that everything changes immediately; there is, of course, a chance that this galvanizes not only the supporters but the squad as well, and there's every possibility that Liverpool could come away with the result. That's not to say that it was statistically impossible prior to yesterday's events, but...yeah. Moving on.

Anyhow, Noel did brilliantly yesterday to articulate the impact of and reaction to the move, so I'll just gently nudge you in that direction for more.

I'd also imagine most of you have already seen the quotes from Dalglish's first interview with the official website, but they're worth reading a few times over, so I've included some of the text below. Like I said, it's not a job done simply because he's in charge, but you can't help but feel a bit lighter:

"Obviously it's a great honour for me to be back in charge of a football club which means so much to so many people. When somebody gets a bit of pleasure there's always the disappointment of someone else, and it's Roy. Roy is a very honourable guy with loads of integrity and I feel really sad for him.

"I'm fortunate to come back, even if it's only to the end of the season it makes no difference to me, this place is very special and all we can do is try our best to move the club forward a bit and try to win some more games.

"All I would say is I'm going to do the best I possibly can to try and help the club, but everybody has to pull in the same direction. There's no point not being a unified unit. If we pull in different directions we won't get anywhere.

"The excitement has to calm down a wee bit, we have to make sure we turn the excitement into some positivity for everybody and make sure we win games. That's the most important thing we have to do and the best way for us to do it is to support each other and we're very good at that. As someone once said, the closer we are and the harder we work then the luckier we'll get. So we'll work hard to get the luck we need.

"I'd just say if there's excitement among the supporters then I can share in that excitement. I think we've got to be realistic and a little bit patient. It's not going to turn overnight. I know there are lots of times when a manager leaves a football club and a new guy comes in and gives everyone a lift, well if the players get a bit of a lift then it has to last for more than one game. We've got to get it right between now and the end of the season and as I said earlier, there might be some disappointments but the biggest disappointment for me is if everyone who is involved in this football club doesn't give everything they have to give. If we do that then we have a good chance of finishing the season well."

So once again, welcome back to Kenny Dalglish, and let's hope this starts a new chapter for Liverpool Football Club.