Looking Back at 2010 on the Liverpool Offside: June and July

Share All sharing options for: Looking Back at 2010 on the Liverpool Offside: June and July 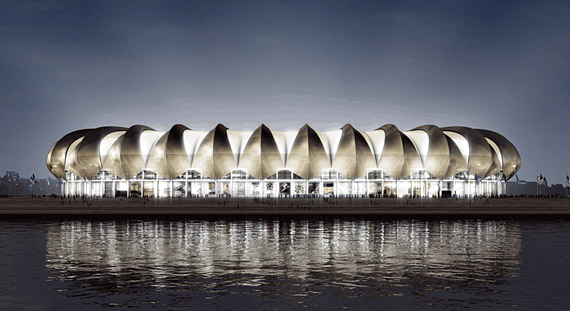 Speeding up the reflections so they're done by 2012. Motivation.

With the fixtures piling up as the month gets going, recapping the year gone by is going to get a bit accelerated. Today we'll take a look at the early summer months, which weren't short on action despite the fact that the 2009-2010 campaign had been over for weeks.

The World Cup was always going to get most of the headlines, and rightly so, but for Liverpool supporters the month of June started with what had become inevitable---Rafa Benitez leaving by "mutual consent." The environment around the club had become entirely toxic, and unfortunately for Benitez it ended with the manager getting forced out of the club. Er, sorry, consent and all that. But the problems surrounding his departure didn't take away from the man's love for Liverpool, and as a parting gesture he donated £96,000 to the Hillsborough Family Support Group. Seven months on, he's sorely missed.

Thankfully there was that World Cup thing to occupy our attentions, and as we've been reminded in recent days, Liverpool had a healthy share of squad members making the trip to South Africa. By summer's end, they'd added three more. But you know, that doesn't have any bearing on their quality.

Liverpool at the World Cup

Jamie Carragher, Steven Gerrard and Glen Johnson are all heading to South Africa after being confirmed in Fabio Capello's final World Cup squad.

It's not entirely surprising to see Carra make the cut---we've talked about his versatility in a back line that's sorely in need of it, and outside of Glen Johnson there are no other defenders in the final 23-man squad that have played right back with any consistency. How much he plays will likely depend more on the fitness of Johnson, John Terry, and Rio Ferdinand, but a bid in the starting eleven wouldn't be a complete shocker.

As for the number of Liverpool players in World Cup action, it's what you expect from a club of Liverpool's stature, and it'll make for an intriguing month. Nearly all the names will play a large part, and more than a few are tasked with a huge responsibility in their side. Unfortunately we don't get much head-to-head---outside of Denmark v. Netherlands and Greece v. Argentina, there's nothing concrete.

The three not listed above---Joe Cole, Milan Jovanovic, and Raul Meireles---all had some part to play for their sides (although Cole only made two substitute appearances), and as the month wore on the number of Liverpool participants obviously dwindled. By June 31st, only Spain, Holland, and Argentina were alive.

Onto July and news that, at the current moment, will likely send you into fits of rage:

I’m struggling to think of how to put my reaction into words.

For all the trials and tribulations of the 2009-2010 campaign, I had expected to be bowled over with some sort of emotion at the announcement of who was to replace Rafa Benitez.

I hoped it would be unbridled joy—some hero of a thousand faces at the climax of his monomythic journey arriving at Anfield to lead the once-powerful Liverpool back to domestic glory. But given the three-ring circus that’s settled in the back offices and boardrooms in the past few years, I was obviously also prepared for monumental disappointment and rage. Not directed at any potential manager in particular, but certainly not far from reality.

So when Liverpool finally confirm what we’ve heard in the past few weeks about Hodgson’s appointment, I almost find myself manufacturing a reaction.

Six months later the reaction's quite different, but at the time it really was sort of a mixed bag. Interesting sifting through the comments on that old post (with nice cameos from Noel, of course), and this one in particular from Sharaz:

"Worst-case he shouldn't leave the team in a worser state than it already is, so hopefully when the time comes for a worldclass manager that Liverpool deserves to take over they will be in a position to do so and more than willing enough."

Oh time, how cruel you can be.

Anyway, not a Roy-specific post here, as July also had comings and goings to supplement the closing action in South Africa, which ended with a Spain victory and a hurt Fernando Torres. Yippee.

Yossi Benayoun headed to Chelsea, I lost my mind, Emiliano Insua was sold (and then wasn't, but will be, or something), Joe Cole came on board, Albert Riera fucked off finally, and Fabio Aurelio made his triumphant return. All resulting in Liverpool having a squad that was over-stocked, then under-stocked, then not good enough, then flying high, then incapable of playing even mid-table football.

But unless I completely missed the point, July closed with something resembling optimism---the 2-0 win over Rabotnicki to officially start the campagin wasn't grounds for title predictions, but it seemed to be wholly positive despite the low level of the opposition. Then, of course, the rest of the season has happened.

Any other, more current news that breaks will be updated later on tonight, and tomorrow we'll have more news along with the preview for Sunday's visit to Old Trafford. In the meantime, you can read Roy Hodgson's preview. Better?