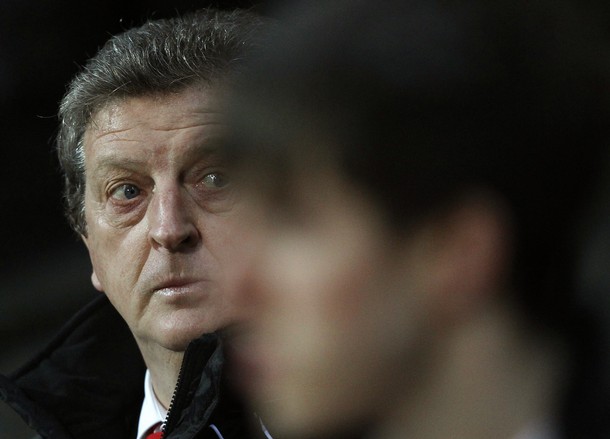 There's not a chance in the world I stay late at work to finish trying to recap this monstrosity, and there's little point in repeating myself, but I'll do it anyway: Liverpool cannot and will not get any better under Roy Hodgson. Days like today have become the norm. There's no way forward with him. Absolutely positively must be sacked.

Just got home and wanted to add to the buffet line in lieu of punishing myself by writing a recap. I don't know how, but nate at oh you beauty pieced one together that's of his usual high quality. Verging on masochistic to go into that sort of depth after that sort of performance, but very good nonetheless.

Anyway, I'm not that brave, but I did want to add Hodgson's post-match quotes for your pleasure:

"I'm very disappointed for the fans who travelled so far and gave us such good support only to see the team concede the goals we conceded. I thought in the second half we did our best to retrieve a seemingly hopeless situation and get back on track and who knows, if Steven's penalty had gone in we might have even made the last five minutes even more exciting.

"Unfortunately, when you're Liverpool and you lose away to Blackburn there is nothing that can be said which will put a positive slant or make the situation look any brighter, so as far as I'm concerned it's a really, really bad day. There's not much more I can say other than to say to the fans that anything they're feeling tonight, I can assure them the feeling is equally as bad and equally as depressed in the dressing room because tonight it was a performance which was anything other than the performance we wanted to give.

"In football you do what you always do. You keep going as best you can, you make certain you try and get over the result, you make certain the next result is a better one and hopefully wipes away the memory, but that's all you can do. Football unfortunately throws up some good moments and bad moments, and when it throws up a bad moment there is no amount of talking that is going to change anything.

"It'll be the next performance which could change things."

Far too little, far too late.