All the Torres That's Fit to Torres

Share All sharing options for: All the Torres That's Fit to Torres 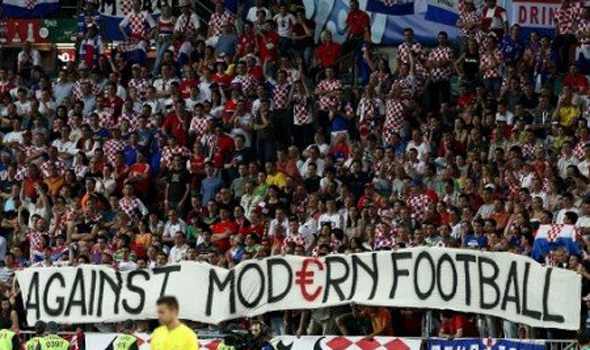 We're down to a little more than a day left in the January window, and no real news on the Torres front is no real news. Well, let's see if we can figure out where we all stand, then...

* For what it's worth, the BBC's Dan Roan is reporting that Liverpool would pull the trigger if Chelsea offered £50M, which is now widely reported to be the buy out inserted in Torres' contract by Christian Purslow and set to be activated in the coming summer if Liverpool don't by some miracle manage to get into the Champions League.

That might well make sense, especially if the long rumoured clause is now generally agreed on as fact--if you can get the previously set "full value" now, then why hold onto a player who doesn't want to be here for a few months? Still, can removing a star striker--even an unhappy one--mid-season if there isn't a ready made replacement waiting in the wings ever really be a smart move? You have to expect that right now FSG are probably madly scrambling to find a last minute replacement for Torres that won't take up every penny of whatever fee would come in, which would be an insanely tough ask with a couple of days left in the more difficult January window, and this might be the real determining factor in whether Torres leaves over the next thirty odd hours.

* Meanwhile, Rory Smith looks at Liverpool being the latest English club to face down a want-away star after Fabregas, Tevez, and Rooney all pushed for the exit with varying degrees of determination. If it makes you feel any better, he suggests that the Torres situation might be the worst of the lot on account of the timing and actual written request, so hey, we're number one? Also, he thinks it's one more bit of woe to lay at the feet of the former owners:

But the blame for Torres’s state of mind appears to lie at the cowboy-booted feet, in the snakeoil-selling hands and the misleading mouths of Tom Hicks and George Gillett. It was those Americans who promised Torres the world and delivered nothing. It was those Americans who stripped Anfield of its ambition, turning it into a club who existed to win trophies into a club which did well simply to exist.

Torres, for at least a year, has instructed his agents to sound out likely destinations for a move: Manchester City and Barcelona have maintained a watching brief, but it is Chelsea who have hovered persistently, waiting for their chance.

In the end, he concludes that no matter the offer--be it £50M, £60M, or whatever--in this window, the club must hold onto the striker as a show of their determination to be amongst the elite again, and that from that perspective to lose him now would be a difficult blow to recover from.

* Elsewhere, Ian St. John reminds Torres of a harsh truth he'd do well to remember if he goes ahead with this little bit of glory hunting: Chelsea are fading, unlikely to win the League or Europe this season, and hardly well set up to compete at the top level for either given the squad's age and the new FIFA financial regulations barreling down the pipe for the year after next. He is also shocked, like so many of us are, by Torres' seeming willingness to head to another Premier League side.

So, how much did Michael Owen win with a bunch of fading, aging galacticos in Madrid?

Well, this should be an interesting stretch. Will Chelsea step up to £50M? If they do, will FSG have another striker lined up at the last second? Will they still sell him if they don't? Etcetera and so forth. In the meantime, while you try to remember that most reports have Fernando Llorente already agreed to head to Real Madrid in the summer for 40M Euros, have a bit of real fucking not-safe-for work commentary on the whole fucking situation...