Nobody's Going Anywhere. Deal With It.

Share All sharing options for: Nobody's Going Anywhere. Deal With It. 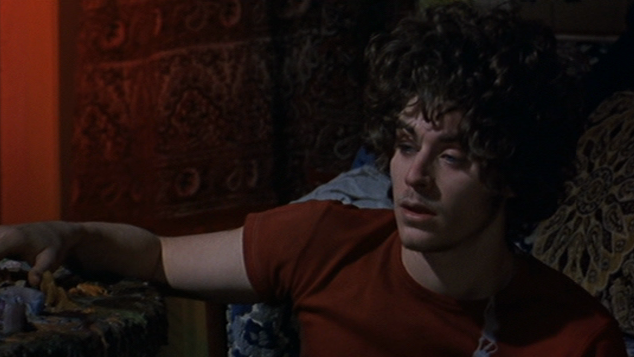 The author after waiting for another Guardian exclusive.

Let's clear a few things up:

First, I've been drinking a bit. When you impregnate your wife and then ship her off to parts unknown for a baby shower, you earn that privilege. You could also call it a "problem," prude.

Also, January, July, and August are my least favorite times of year. Transfer-based nonsense and bitching about an inability to make sense of the nonsense is not much fun.

Most importantly, I think we all need to to acknowledge that, based on written correspondence alone, Drugs Delaney (language NSFW, unless you're laughing like a bastard) is the finest literary talent of our time:

"Greetings Dunph. What's happening? I got your letter today. Cornhole Academy sounds like it really sucks the big one. I can't believe they make everyone work a lot and not smoke. You should tell that piece of shit Thunderturd to shove it. You didn't want to go there in the first place. Eat shit, man."

Now let's wish he was in charge of the day's transfer news, because the biggest actual story we were left with for most of the day was Ian Prior (who was able to maintain a great sense of humor despite basically turning Twitter as a news source into a farce if, you know, it wasn't already) and the Guardian breaking the news that sometime in the future Inter might be wanting to think about doing something related to a bid for Gareth Bale at some point in the future. And yes, I was nailed to my office chair, clicking refresh, waiting for the news to break. Astonishing that I have an office, isn't it?

Since that time we've learned a bit more about Liverpool-related transfer grumblings, even if at the time of writing they don't account for anything more than failed bids and rumors:

---Noel kicked the day off with the news that Paul Konchesky might be headed back from whence he came, which is basically the only exit option for what's turned into the genital warts of the Roy Hodgson era---at times you forget that he's around, but it's always there to remind you of the mistakes you made. Too personal? Okay, then let's just call it the best move for all parties, even if it involves a bit of a loss financially for Liverpool.

---Later in the day news arrived that Milan Jovanovic had been courted by Wolfsburg and subsequently rejected their advances. I'm aware that linking to Sky Sports is way uncouth right now, as well as the fact that "Sky Sports understands..." is essentially synonymous with saying "I had this crazy dream last night that..." But the Jovanovic leaving rumors have been steadily growing, and while I'd love for things to work out for him at Liverpool, I'm not sure that anything's going to open up. The commitment to making things work is great to see, but that doesn't necessarily equate to an extended stay.

---We also got the obligatory bid for Fernando Torres, except now it seems as this is one that actually took place. News broke nearly everywhere that Chelsea, who are obviously way too good to accept a player with such low commitment and effort and stuff, tabled a bid in the neighborhood of £40m for the oft-disillusioned, oft-misinterpreted, oft-youdon'tknowwhatthefuckyou'retalkingabout striker. It's different in that it apparently happened, but it's the same in that it's not going to happen.

---The day closed with something relatively new on the Luis Suarez front, but it's still in the category of plausible yet unconfirmed and still likely to piss you off---there's been a new bid presented by Liverpool that still doesn't meet Ajax's valuation, so we're basically left with nothing of substance. Wait and see? Oh, perfect, everyone seems so patient right now.

There's plenty of possibilities left on the horizon, including that this post will be outdated by the time that it's read. In that case, just read a puff piece about Steven Gerrard and his love for team unity or Pepe Reina and his love for the fighting spirit. If you're still feeling low, turn to a pants tent from your favorite Roy Hodgson signing and an Eskimo kiss for the newly-returned skipper to brighten your mood. There, everything's better.

Or, you know, welcome Luis Suarez and Charlie Adam to the squad, bid adieu to Paul Konchesky and Milan Jovanovic, and then congratulate yourself on winning the future.