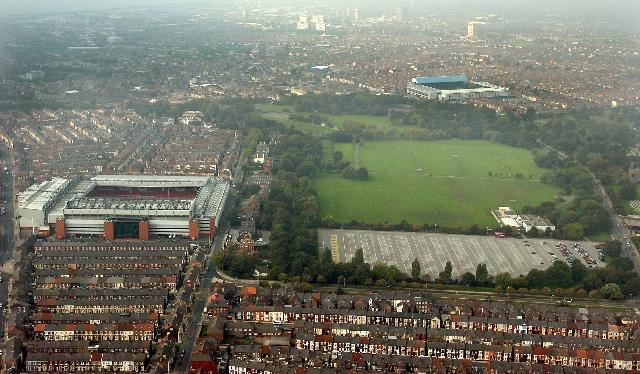 For the second match in a row, a bit of a head-scratcher from Kenny Dalglish. The big surprise is that Jay Spearing makes the starting eleven, but I'm thinking that's less worrisome than once again seeing Glen Johnson at left back. Against Blackpool he had a hell of a time making an impact, and even though Martin Kelly's less experienced, I'd rather see him on the left than Johnson. Apparently Milan Jovanovic and David Ngog miss through injury, and we see Dani Pacheco, Ryan Babel, Fabio Aurelio, and Joe Cole make their returns to the first team.

This should suffice to get you prepared up for the derby, so kudos to 22elaidefors on YouTube for the work. Bonus is that if you've got the sound all jacked up, you'll probably inspired to lead a revolution against an oppressive monarchy or ride horseback through the mountains in search of your kidnapped childhood love or sail across the ocean at breakneck speed towards the ends of the earth. Residual benefits at best, though, and you'll likely want to watch the actual match first anyhow.