Blackpool 2, Liverpool 1: The Long Road Back

Share All sharing options for: Blackpool 2, Liverpool 1: The Long Road Back 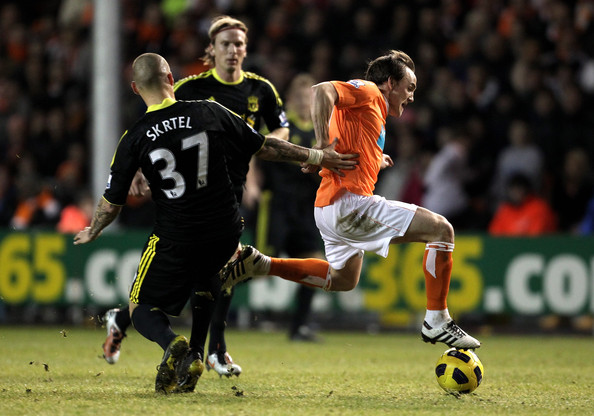 Dunno whether it's just my flu getting worse or if watching was that traumatic, but I'm feeling like shit, so this'll be an open thread for now. Some positives to go with the supremely disappointing result---better football played by Liverpool on the whole, particularly in the first half, and signs that there's enough talent in the squad to play that type of football on a consistent basis.

Things got unquestionably worse as the match progressed, however, and the second half performance was largely awful. Individually there were few standouts other than Pepe Reina; the surprises in the starting eleven didn't pay off (Christian Poulsen and Milan Jovanovic were both poor), Dirk Kuyt, Martin Skrtel, and Glen Johnson continued to struggle, and there's clearly room for improvement across the board. Not as though anyone's worth singling out, though, as the entire squad were less than impressive.

In the end, it's just another three points gone, and we're at the point where Liverpool need to start getting results. As I mentioned, some bright spots and indications that the team can move forward, but it was never going to happen right away.

Back later on if I'm conscious, so leave your thoughts below.