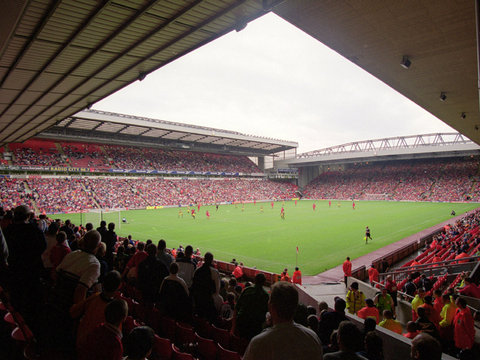 Match shown live somewhere, I'd imagine, in the UK and on Fox Soccer Plus in the US.

Steven Gerrard on the bench is what got the headline from the official site, but I'm far more interested in the dual returns of Daniel Agger and Fabio Aurelio. Past his time, but it feels like Roy Hodgson is so close with this lineup---at full strength, all he'd need to do is slide Gerrard in for David Ngog and play him just off Fernando Torres, and things would make a bit of sense. Not the case, though, and today I'd guess we get a much more composed display in central midfield.

As always, Kenny Dalglish manages moments of grace when the rest of us are calling for the manager's head. I mean, that's his job and everything, but still, the man isn't a legend for nothing:

"Let's just press the pause button and throw all our efforts and energies into one basket. Everyone - whether players, supporters, staff or whatever - has to throw everything towards the one aim and that is to get us three badly needed points from the game against Bolton today.

"But without everybody being on the same page, it will make it a bit more difficult."

Doesn't necessarily change my opinion regarding Roy Hodgson or the club's current problems, and I don't think it was necessarily intended to, but it is a good reminder of how fortunate Liverpool are to have someone like Dalglish around. Whether or not he has a "bigger" part to play in the coming weeks and months is irrelevant---he's clearly an important figure for the club moving forward and, for many people, is far more reliable than the man in charge.

Important to remember, though, that he's not the one sitting here wishing you a Happy New Year---I am.