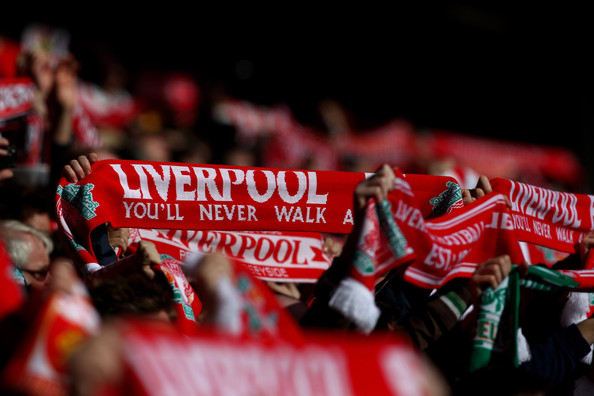 Match not televised live in the UK, but it's on Fox Sports Plus(HD) in the US.

The one-armed man did it! Dirk Kuyt makes his return to a side desperately in need of a jolt, sending Maxi back to the bench. The rest of the starting eleven is no surprise---it'll be interesting to see how things take shape in the middle with Steven Gerrard and Raul Meireles, as all of one match together isn't the best sample size to argue one way or another. And, as we talked about yesterday, a much better performance is needed at the back. Or all around.

Forget your troubles! Tickle fight on Stevie! Fruit snacks and juice boxes in the cooler!

At least everyone's having fun, right? Because that makes it okay.

The only thing newsish of the past 24 hours is Roy Hodgson's response to the claims made by Alex Ferguson that Fernando Torres embellished a challenge or two in last Sunday's match. It's a good point made by Hodgson regarding Nani, but it comes on the heels of another shaky week in the press for the new manager, and the general sentiment is that he's rapidly losing supporters' faith.

Expecting him to come in and completely turn things around is one thing---last season's struggles combined with a difficult opening to this season meant that any manager was going to have a tall order in front of him. But after some encouraging signs early, both on and off the pitch, the former Fulham boss has hit a bumpy patch. His tactics have been both unflattering and unchanged, and his statements in interviews (e.g., "expectations not that high" "protest does not help") have drawn plenty of ire.

Time is always the mediating factor, and by all indications he'll have plenty of it. But it'd be nice to see things start moving forward, wouldn't it?